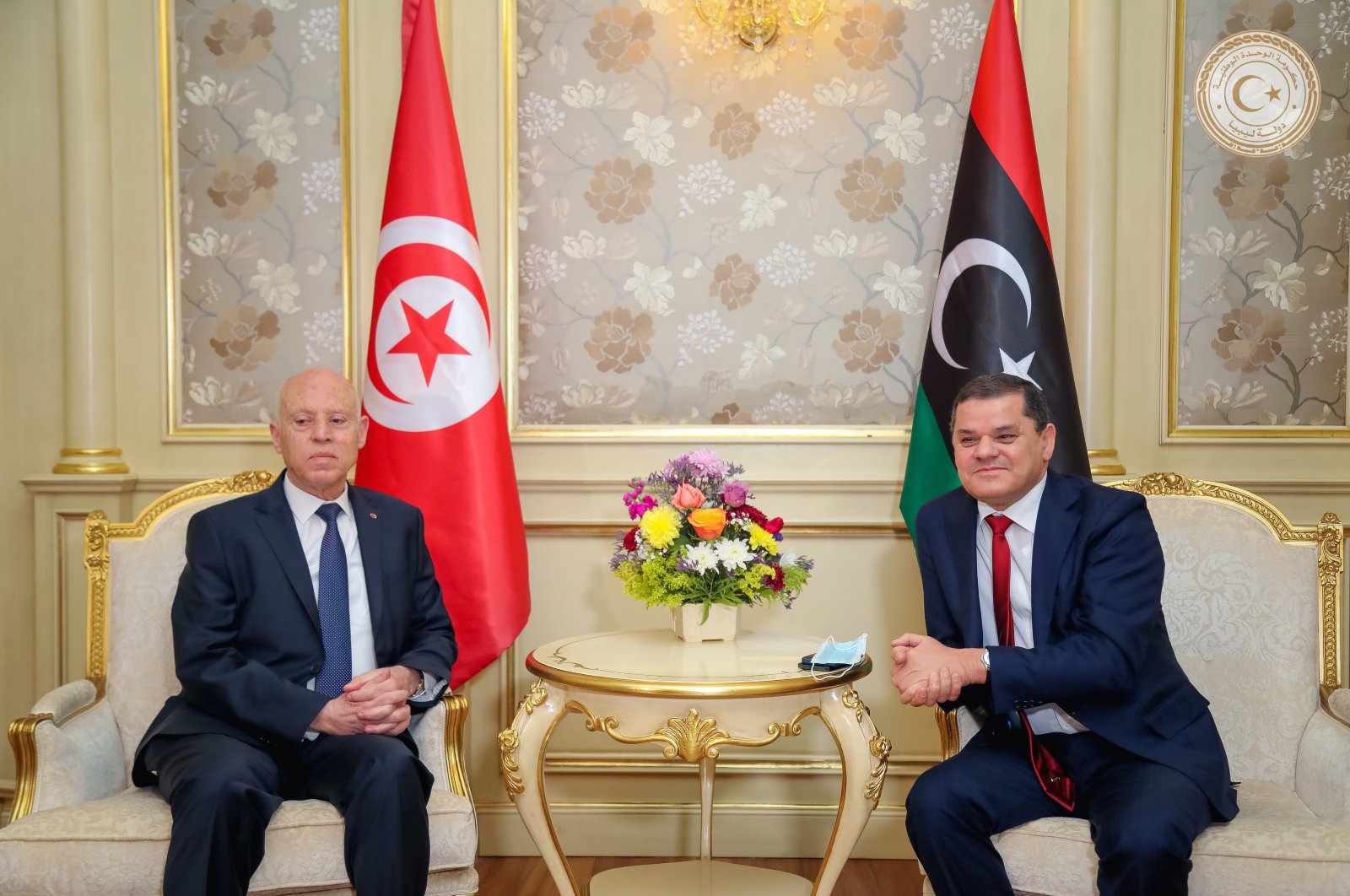 They then headed for talks and the Tunisian leader also met with Prime Minister Abdul Hamid Dbeibah.

"We will work together to restore normal relations at all levels,” Menfi said at a brief news conference with Saied. Saied’s office said the talks focused on the economy and trade between the two nations, along with Tunisia’s support for a democratic path in Libya. "It’s time to overcome all causes of alienation,” Saied said, without elaborating.

Tunisia had been a major economic partner with Libya before uprisings engulfed the two countries 10 years ago. Trade between the two countries has declined to less than $363 million from more than $1.2 billion in 2010, according to Tunisia’s state-run news agency.

Saied said the men also discussed the case of two Tunisian journalists – Sofiene Chourabi and Nadhir Ktari – who disappeared in eastern Libya in 2014. He did not provide details.

The terrorist group Daesh, which had been active in eastern Libya at the time, had said the two journalists were killed. But Tunisian officials refuted the claim.

The visit, the first for a Tunisian leader since 2012, came a day after Libya’s interim government took power in Tripoli, officially beginning a tenure designed to end with democratic elections late this year in the oil-rich country.

In November, Tunisia hosted talks of the U.N.-picked Libyan political forum, which eventually produced a roadmap that appointed the interim government to lead Libya through presidential and parliamentary elections on Dec. 24.

That interim government includes a three-member presidential council headed by Menfi and a Cabinet headed by Dbeibah. Libya was plunged into chaos when a NATO-backed uprising in 2011 toppled longtime ruler Moammar Gadhafi, who was later killed.

The appointment of an interim government revived hopes of stability in oil-rich Libya, which has become a safe haven for militant groups threatening its neighbors, including Tunisia.