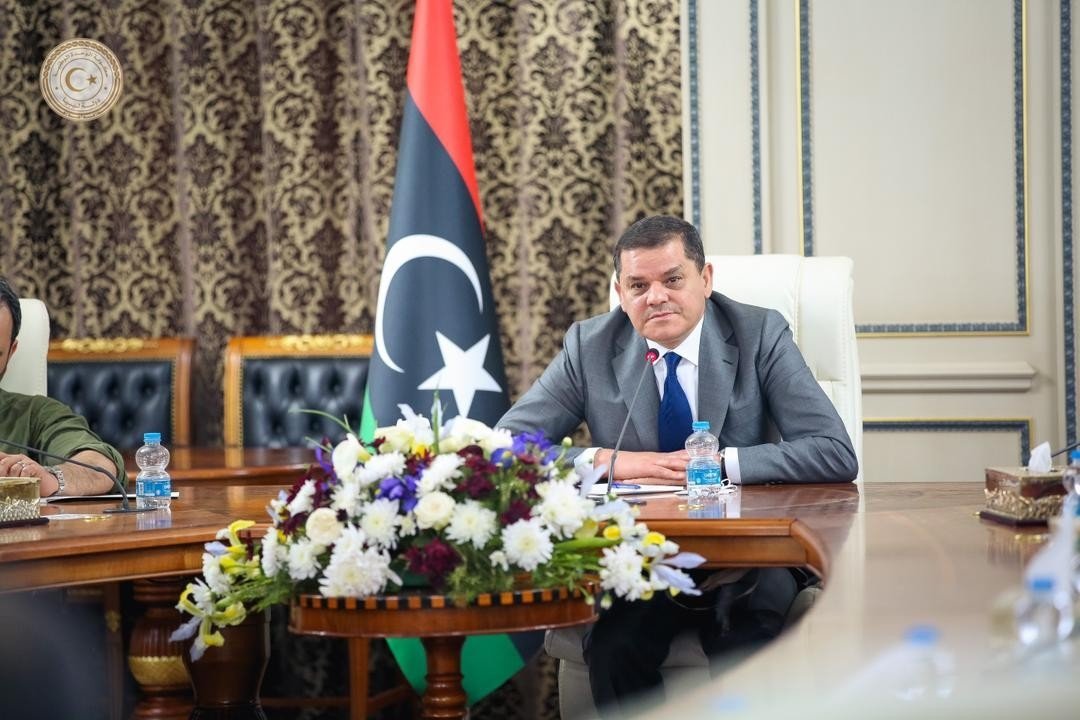 The Libyan interim government held its first Cabinet meeting on Sunday after receiving a vote of confidence last week, and the international community continues to welcome the recent developments in the war-torn country.

Headed by interim Prime Minister Abdul Hamid Dbeibah, the Cabinet discussed the work plan as well as the plan that the ministers will commit to in order to establish coordination with state institutions.

Consisting of 26 ministers, the government is expected to take its oath on Monday.

As the government kicks off its work, the United Nations Security Council (UNSC) has welcomed the formation of the national unity government.

In a statement early Saturday, the council stressed the importance of the "unification of Libya's institutions, as set out in the road map agreed on by the Libyan Political Dialogue Forum, held in Tunis, in November 2020.”

The statement called on the Libyan government to make the necessary preparations for setting Libya up for "free and fair national presidential and parliamentary elections on Dec. 24, 2021."

After two days of intense debate under heavy security in the central city of Sirte, Libya's parliament on Wednesday approved the Cabinet of Dbeibah.

Libyans hope it will end years of civil war that have engulfed the country since the ouster and killing of late dictator Moammar Gadhafi in 2011.

The war was exacerbated when warlord Khalifa Haftar, supported by several countries including the United Arab Emirates (UAE), Egypt, Russia and France, carried out a military onslaught to topple the Tripoli-based internationally recognized government for control of the North African country.

The Foreign Ministry said in a statement that Islamabad welcomes the endorsement by the Libyan parliament of the Cabinet proposed by Dbeibeh of the brotherly state of Libya and the successful formation of the government of national unity.

"We wish the Libyan parliamentary and political leaderships every success," the statement added.

"We appreciate the resolve of the Libyan people for peace and security, which has led to this outcome. We also acknowledge the positive role played by the U.N. Support Mission in Libya (UNSMIL), as well as the efforts of the U.N. secretary-general's special envoy for Libya."

The ministry further said that Pakistan accords high importance to its historically close and cordial ties with Libya and remains committed to advancing their bilateral cooperation as well as coordination in regional and international areas.

Since the formation of the government, a series of welcoming statements have poured in from all over the globe.

"We applaud the Libyan people for their determination to restore unity to their country," said the foreign ministers of France, Germany, the U.S., Italy and Britain in a joint statement on Thursday.

And they reiterated a call for "the withdrawal of all foreign fighters and mercenaries from all of Libya."

"This outcome is a fundamental step on the path towards the unification of Libyan institutions and a comprehensive political solution to a crisis that has tested Libya and its people," the joint statement said.

Similar comments were issued earlier at a joint news conference with the foreign ministers of France and Germany.

Meanwhile, as the country gets ready to embrace peace, four airstrikes targeted the southern Libyan city of Ubari early Sunday, according to a local official.

The attacks targeted various points close to the city's center, said the official, who spoke on condition of anonymity because he was not authorized to speak to the media.

There has been no official comment from the Libyan authorities regarding the airstrikes.

The local official, however, said that the United States Africa Command (AFRICOM) is likely to be behind the strikes since it had carried out similar attacks in the city in the past.

On March 24, 2018, the Pentagon announced the killing of two militants in an airstrike near Ubari carried out by AFRICOM.

On July 25, 2018, AFRICOM claimed responsibility for killing 11 Al-Qaida militants in a drone strike, which it said targeted a moving target in the town of Al-Uweinat near Ubari.

Ubari, which is located 964 kilometers (599 miles) south of Tripoli, is the second-largest city in southern Libya after Sabha, with the Tuareg making up the vast majority of its population. It hosts the Sharara oil field, the largest in the country, and is under Haftar's control.