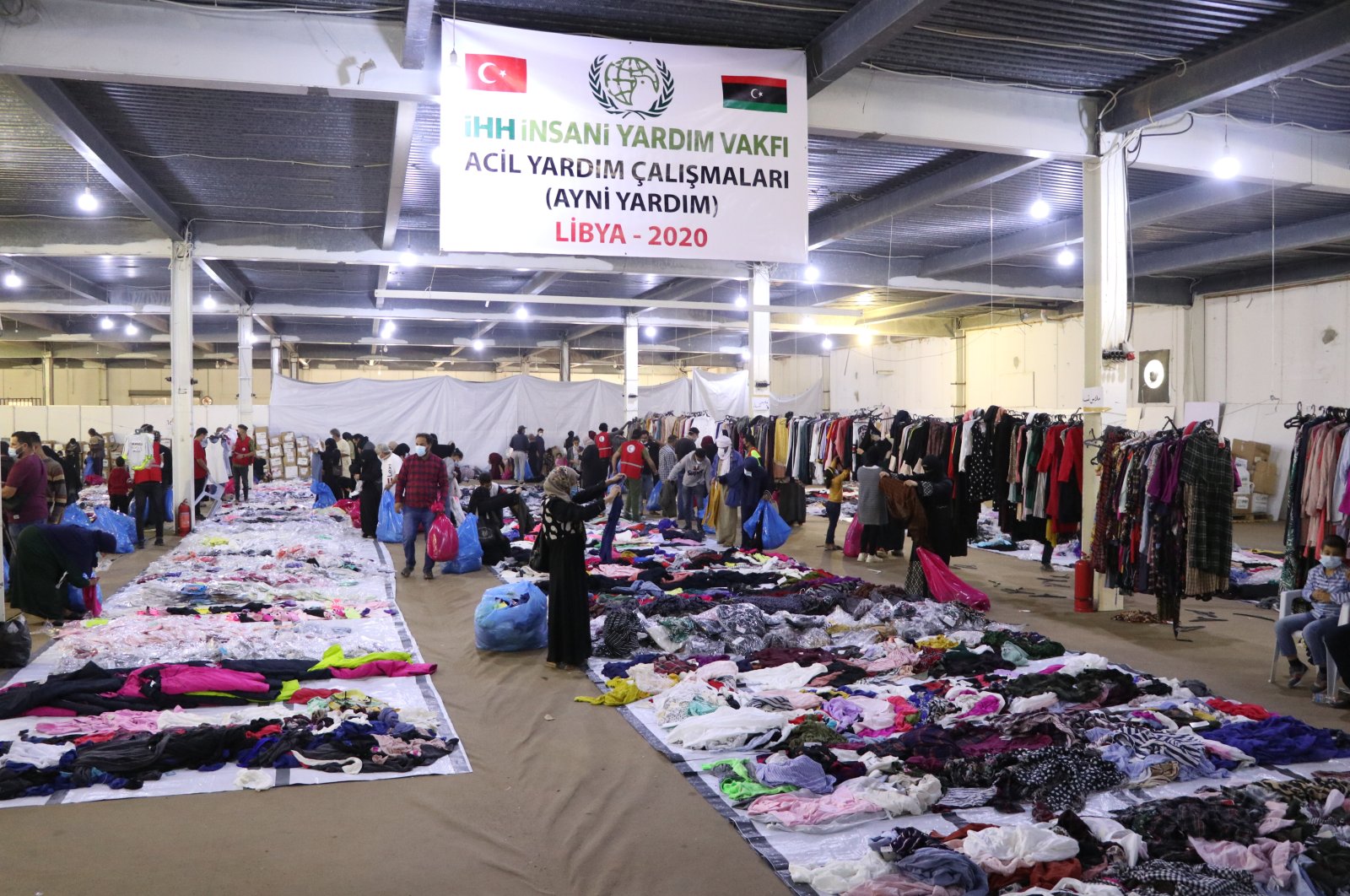 Turkey's Humanitarian Relief Foundation (IHH) launched a charity bazaar in war-torn Libya's Misrata on Friday with an aim to provide clothing support to the families who have been forcibly displaced during the country's civil war.

The charity bazaar, which opened through coordination with the Libyan Red Crescent, is located at the Misrata International Fair exhibition center and provides a range of clothes for adults, children and babies along with shoes in every size.

Speaking to Anadolu Agency (AA), Gümeriçliler expressed his appreciation to IHH and local authorities for such an initiative, underlining that these types of humanitarian activities are only a small signifier of the brotherly ties between Turkey and Libya.

The IHH's Libya coordinator, Taner Altun, said the event is only the beginning of the organization's activities in Libya. He said six containers of humanitarian aid will be delivered to the needy in the country, and this charity bazaar is the first stage of these deliveries. In addition to the clothing and food, hygiene products, masks and disinfectants are also being provided to people in need in the region, Altun added.

The charity bazaar is expected to remain open for at least one week.