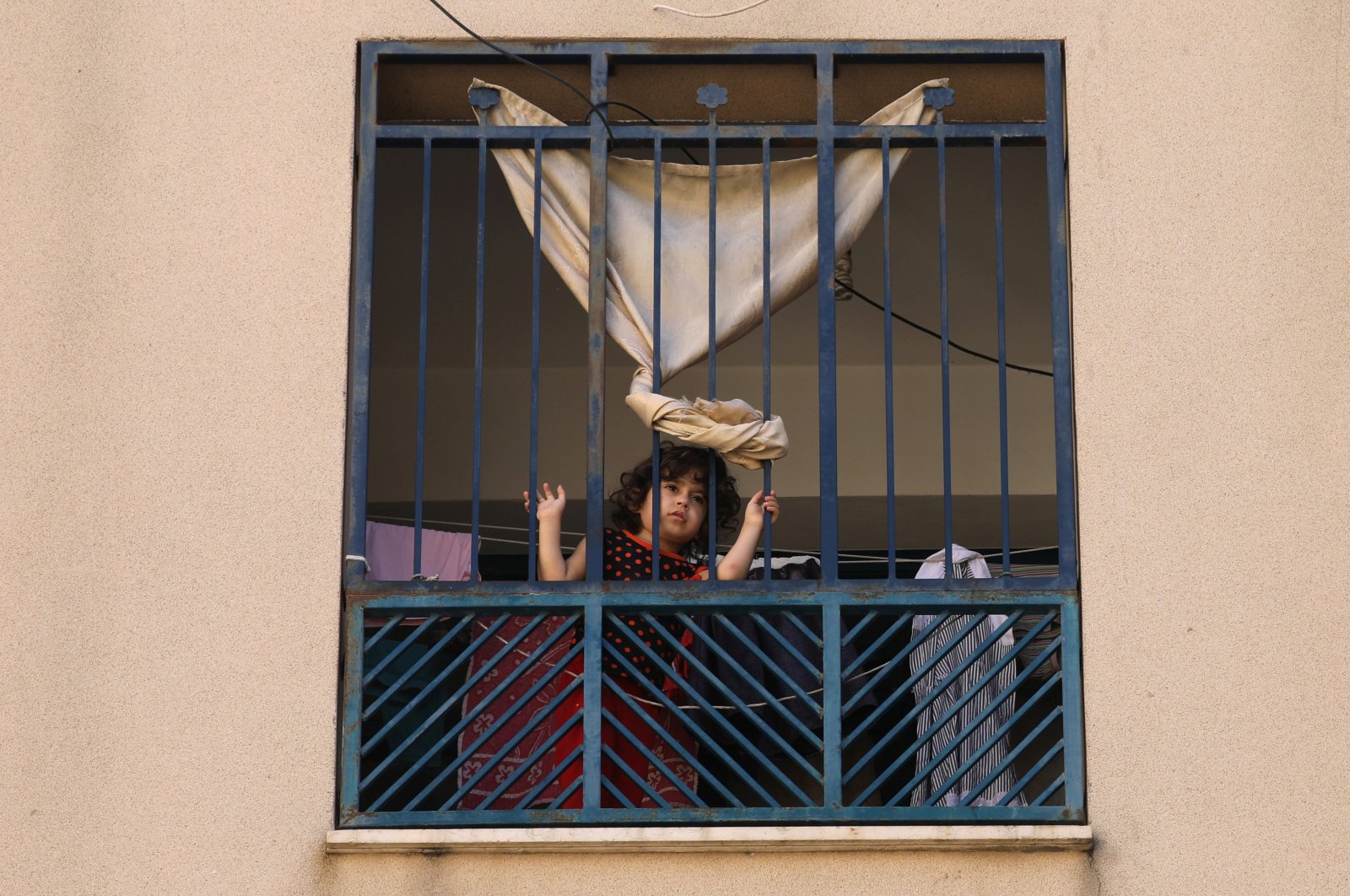 A Palestinian girl looks out the window of her family apartment at the Sheikh Zayed housing estate in the northern Gaza Strip, Aug. 24, 2020. (Reuters Photo)
by Daily Sabah with Reuters Sep 15, 2020 11:36 am

The United Arab Emirates (UAE) has long contributed to significantly worsening the humanitarian crisis in the Israeli-blockaded Gaza Strip, a new investigation has revealed.

Speaking to Al Jazeera for a documentary called "What's Hidden is Greater," an engineer working with Hamas' military wing, said the UAE has cut off any supplies to Gaza through the Bernice military base located in the southern coast of the Red Sea.

As the UAE makes peace with Israel's war on Palestinians through signing the controversial normalization deal, Palestinians fear the UAE's move will weaken a longstanding pan-Arab call for Israeli withdrawal from occupied territories and acceptance of Palestinian statehood in return for normal relations with Arab countries.

For two decades, Palestinians have revered the founder of the UAE for his generosity, especially those living on the Gaza housing estate that bears his name. But gratitude to the UAE's founding father has turned to anger at his son, Abu Dhabi's Crown Prince Sheikh Mohammed bin Zayed al-Nahyan, widely known as MbZ, after the Emirates' Aug. 13 announcement that it would become the first Gulf Arab state to sign a "normalization" deal with Israel. Bahrain followed suit a month later.

Although a majority of Gaza's 2 million population need humanitarian assistance, Sheikh Zayed City resident Maher Hmaida, 57, said that providing aid to Palestinians did not give the UAE the right to make peace with the country he calls his "enemy," Israel.

Gaza, measuring 375 square kilometers (145 square miles) is home to around 2 million Palestinians, more than half of them refugees. Since 2007, the besieged enclave has been under a crippling Israeli and Egyptian blockade that has gutted its economy and deprived its inhabitants of many vital commodities, including food, fuel and medicine. In the long-embargoed enclave, the humanitarian situation has grown worse by the day as 90% of its land and sea boundaries and its access to the outside world is controlled by Israel and by Egypt on its narrow southern border. The U.N. warned in a 2012 report to the international community that Gaza will not be livable by 2020. In addition, the World Bank warned in 2018 that the Gaza economy was in “free fall,” calling on Israel and the international community to take urgent action to avoid an “immediate collapse” in the Palestinian territory.

The U.N. Relief and Works Agency (UNRWA) stated last year that there are now some 620,000 Gazans who live in abject poverty, meaning those who cannot cover their basic food needs and who have to survive on $1.60 per day and nearly 390,000 in absolute poverty.

As part of a growing humanitarian crisis in the besieged enclave, scores of Palestinians have long demonstrated against high unemployment rates in the Gaza Strip. With poverty rampant and unemployment high, many of its 2 million residents depend on services provided by UNRWA. Based on a report from the World Bank, unemployment is now over 50% and over 70% among Gaza's youth. The poverty rate in the Gaza Strip has reached 80% during the more than decadelong Israeli blockade, according to the Palestinian General Federation of Trade Unions.