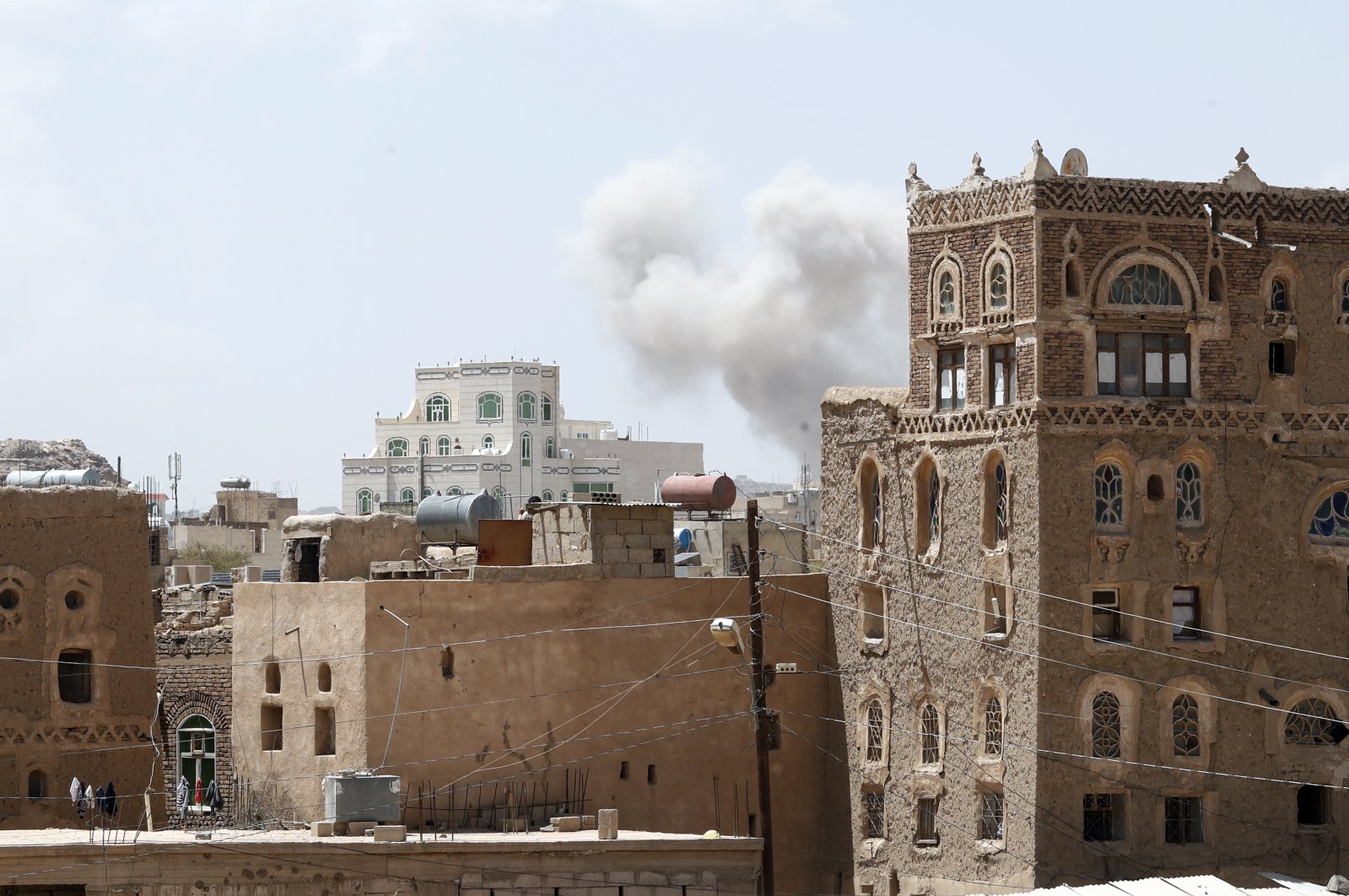 A group of attorneys has filed a case through the United Nations regarding war crimes and crimes against humanity committed in Yemen, a statement by a U.K.-based law firm said Monday.

The legal team at the Stoke White law firm asked authorities to "further investigate the Sanaa Funeral Hall attack in 2016, the use of mercenaries by the United Arab Emirates (UAE), forced disappearances and torture in secret prisons across Yemen."

The attorneys accuse the rulers and/or officials of the UAE and Saudi Arabia with "direct involvement in war crimes in Yemen,” Stoke White said in a written statement.
The evidence submitted by the lawyers includes the testimonies of mercenaries, and "Yemeni citizens who worked with mercenary companies and/or individuals associated with the mercenaries in question.”

The firm recalled the Sanaa Funeral Hall attack, in particular, "as a painful and harsh example of the systematic attacks by the Saudi Arabia-led coalition against civilian targets." The incident involved an airstrike on a funeral hall in the capital Sanaa on Oct. 8, 2016, killing 140 and injuring at least 525 others.

The legal team aims to call attention to the systematic torture and rape committed in "secret" prisons established by the UAE in southern Yemen and is "seeking justice for their victims.”

The complaint is chiefly concerned with the victims of the funeral hall attack, a party exposed to an "assassination program” carried out by a UAE-hired mercenary and a person who suffered various abuse while in confinement.

The law firm stressed that the legal process in all three cases would be ongoing, backed by further evidence obtained by Stoke White.

The statement highlighted that international humanitarian law and human rights had been systematically violated in Yemen and placed the responsibility on Saudi Arabia and the UAE.

Yemen has endured years of tumult since the Iran-aligned Houthi rebel movement ousted President Abd-Rabbu Mansour Hadi's government from Sanaa in late 2014, prompting military intervention in 2015 by a coalition led by Saudi Arabia and the UAE, which sought to restore Hadi’s U.N.-recognized government.

The conflict has led to the world’s worst humanitarian crisis, leaving more than 100,000 people dead, and some 24 million civilians, or 80% of the population, needing handouts to survive. Aid groups aim to reach 15.6 million people this year, the U.N. says.