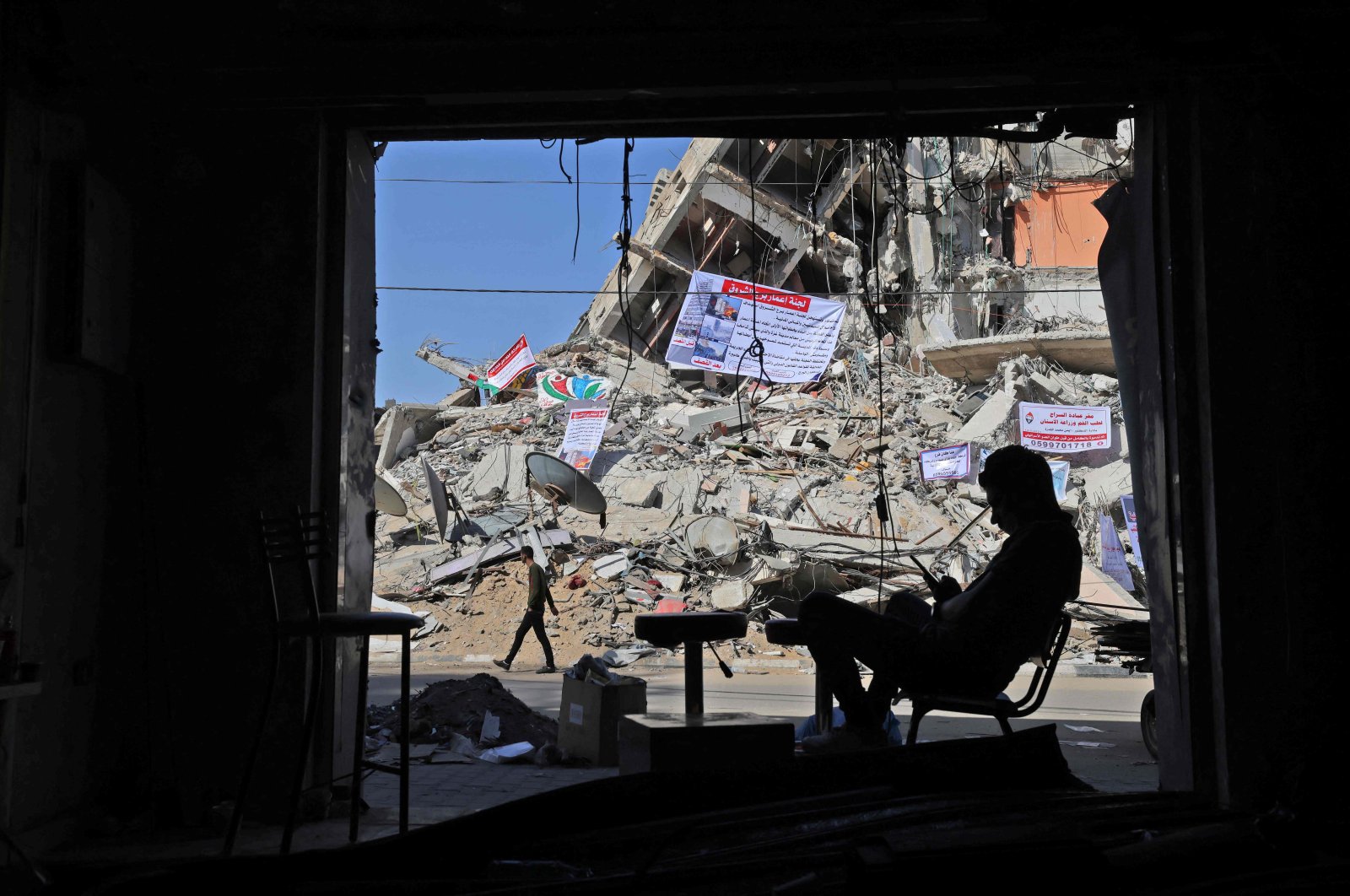 A man sits in a damaged shop at a building partially destroyed in recent Israeli air strikes, in Gaza City, Palestine, May 26, 2021. (AFP Photo)
by Anadolu Agency May 29, 2021 6:31 pm
RECOMMENDED

A U.N. Relief and Works Agency for Palestine Refugees in the Near East (UNWRA) official apologized for his statement that the recent Israeli airstrikes on Gaza appeared to be carried out with "sophistication" and "precision."

"I am not a military expert, but I also have the impression that there is a huge sophistication in the way that the Israeli military strikes struck over the last 11 days," UNRWA's Gaza director Matthias Schmale told Israel's Channel 12 on Sunday. "Yes they didn't hit, with some exceptions, civilian targets, but the viciousness, the ferocity of those strikes was heavily felt ... so I think the precision was there, but there was an unacceptable and unbearable loss of life on the civilian side."

Schmale's remarks were strongly condemned by Palestinian rights groups as well as Turkey, whose Foreign Ministry termed them "incorrect, unfortunate and extremely dangerous."

The U.N. official took to Twitter to apologize for his comments. "[...] I deeply regret that my comments about the precision of IDF strikes are being misused to justify what cannot be justified. Killing children breaks the rules of war and must be independently investigated. There must not be impunity!"

In another tweet, he wrote: "Recent remarks I made on Israeli TV have offended & hurt those who had family members & friends killed & injured during the war that has just ended. I truly regret to have caused them pain."

An Egyptian-brokered truce that took effect in the early hours of May 21 ended Israel's 11-day bombardment of the Gaza Strip.

The onslaught in Gaza and the West Bank killed at least 288 people, including women and children, and left behind a trail of destruction. Health centers, media offices, as well as schools were among the structures targeted. The head of the U.N. Human Rights Council has said that the Israeli airstrikes may constitute war crimes.