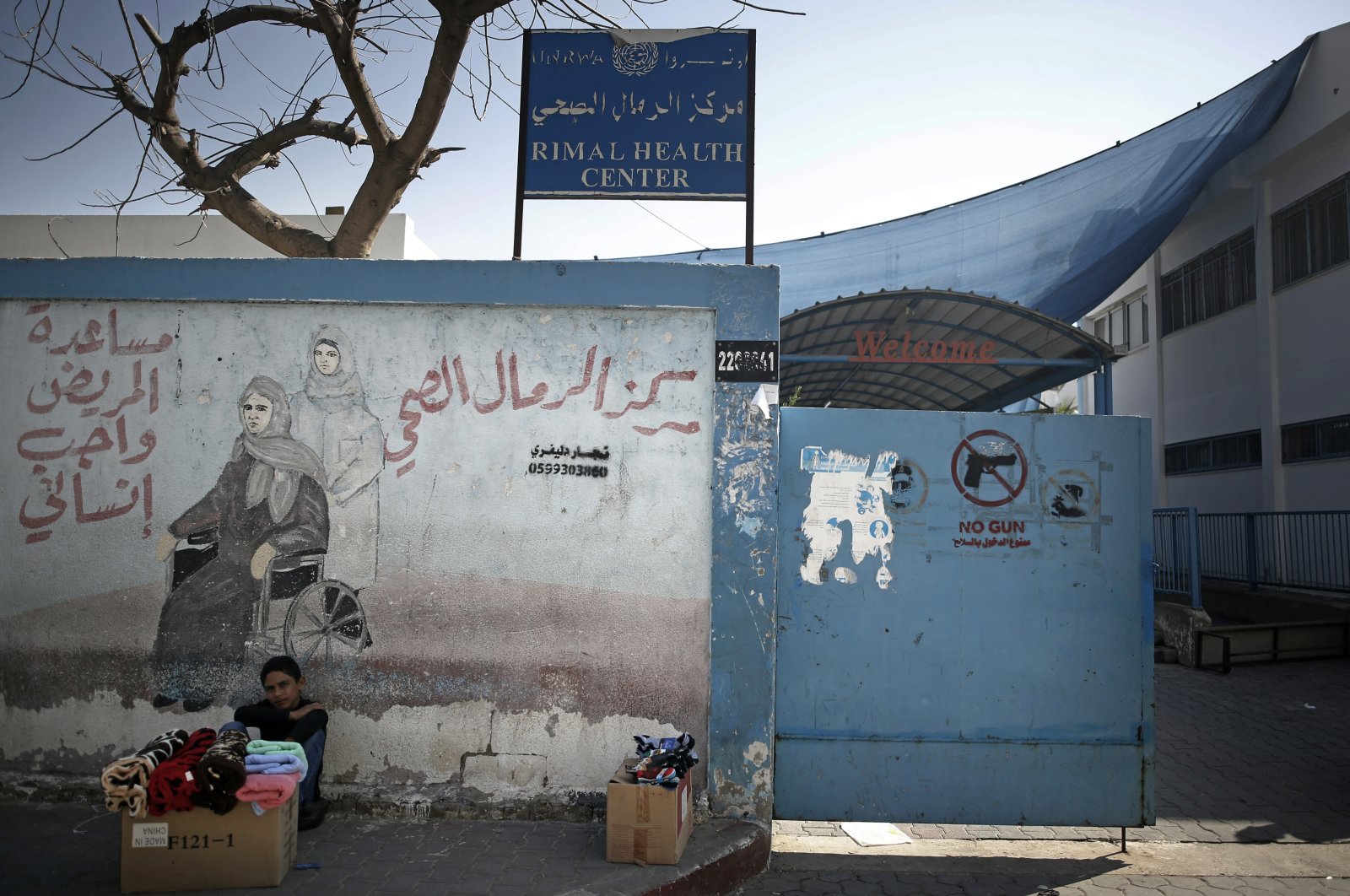 The United Nations agency for Palestinian refugees announced Monday that it has run out of money to pay the salaries of its staff across the Middle East, after two years of funding cuts by the United States and some other donors.

The U.N. Relief and Works Agency for Palestine Refugees in the Near East (UNRWA) said it needs $70 million by the end of the month to pay 28,000 staff in full for November and December.

It also issued an emergency call for donations to avoid the suspension of essential services.

"Despite all of our efforts to raise the resources needed to keep our humanitarian and development programs running, it was with great regret that I informed our staff today that we don't have sufficient funding at this stage to honor their salaries this month," UNRWA Commissioner-General Philippe Lazzarini said in a statement.

"If additional funding is not pledged in the next weeks, UNRWA will be forced to defer partial salaries to all staff."

The agency was badly hit by President Donald Trump's 2018 decision to cut all U.S. funding to UNRWA, which amounted to more than $300 million a year.

The United States was by far the biggest donor to UNRWA, which provides education, health and relief services to around 5.7 million registered refugees.

But there have also been cuts from other donors, including in the Gulf, where some states recently signed U.S.-brokered normalization deals with Israel.

President-elect Joe Biden is expected to resume funding to UNRWA, at least partially.

But that is likely to take months, say UNRWA officials, too late to meet the hole in the agency's $1.4 billion annual budget, including emergency programs for Gaza, Syria and the COVID-19 pandemic.

"Now that Biden is elected we are very much looking forward to the U.S. resuming its traditional support for UNRWA and consequently encourage the Gulf countries to also step in or step up their funding," said Tamara al-Rifai, a UNRWA spokeswoman.

Amir el-Mishal, chairman of UNRWA's Palestinian employees' union in Gaza, said Lazzarini had informed staff from all the areas where the agency is active, including the Palestinian territories, Jordan, Lebanon and Syria.

"It fell upon us like a thunderbolt," said el-Mishal. "Any impact on the salaries of employees will bring about negative consequences on the services provided to Palestinian refugees amid the continued threat to their jobs." he said.

Mishal said UNRWA has 13,000 employees in Gaza, a place that has already been devastated by economic hardships and armed conflicts.

The agency has also faced other problems. In 2019 former Commissioner-General Pierre Krahenbuhl resigned amid an investigation into misconduct allegations.

He denied wrongdoing and said his agency was the victim of a political campaign designed to undermine it. UNRWA officials said a U.N. inquiry found there had been no corruption or misuse of funds.

Last year the U.N. General Assembly overwhelmingly renewed UNRWA's mandate for another three years, with 169 votes in favor and nine abstentions. The United States and Israel voted against.