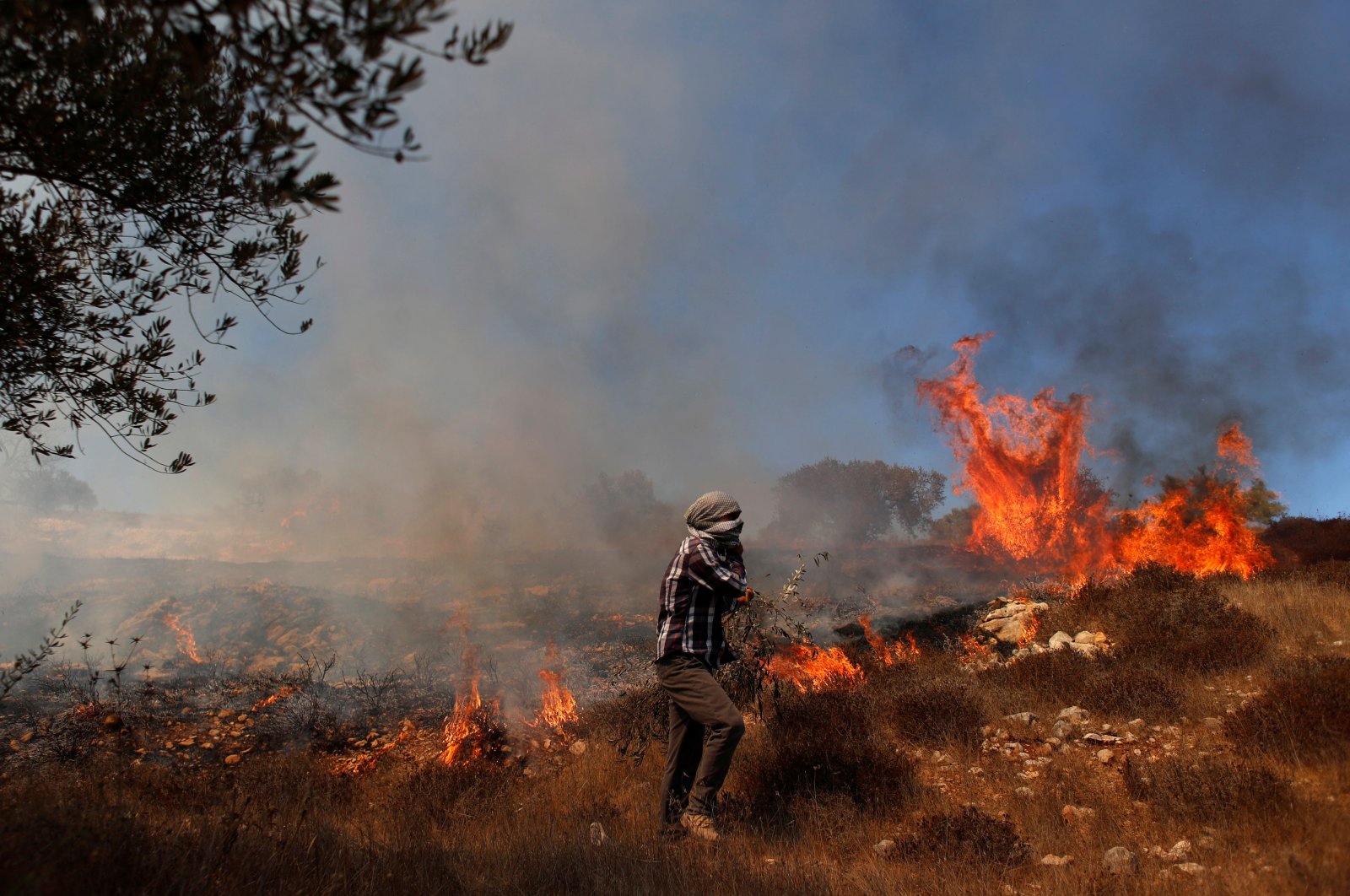 For many Palestinians in the occupied West Bank, the olive tree is both a revered cultural emblem and an economic necessity – but it has also become the focal point of the struggle between them and Israeli settlers for land they both claim.

More than 1,000 trees owned by Palestinian farmers have been burned or damaged in the Israeli-occupied territory since the harvest began three weeks ago, according to a United Nations report.

The Oct. 23 assessment by the Office for the Coordination of Humanitarian Affairs (UNOCHA) has also logged 19 disruptions "by people believed or known to be Israeli settlers," with 23 Palestinian farmers injured.

While the settlers dispute those figures, in normal years, peace monitors accompany the farmers to protect the harvest but the coronavirus pandemic has made this harder.

A few local activists are still being deployed. "With COVID-19 it is impossible for foreigners to come, harder for Israelis," said one activist, Guy Butavia.

Olive farmers in areas near some Israeli settlements say they face problems every year. "When we try to reach our fields, the army protects the settlers and prevents us from accessing our olives," said Adnan Barakat, council head of Burqa village, near Ramallah.

Calling on Israel to ensure the farmers' safety, U.N. Middle East envoy Nickolay Mladenov told the Security Council on Monday, "Each year, the ability of Palestinians to harvest is compromised due to access restrictions, attacks and intimidation."

Yigal Dilmoni, a spokesperson for the settler council Yesha, said most of the accusations came from "dubious" sources, claiming that extremist organizations have been "carrying out provocative actions and exploiting the harvest season to incite against Israeli civilians."

"I live on the ground and see thousands of Palestinians harvesting their olives daily without any problem," he said.

Around 430,000 Israeli settlers live among 3 million Palestinians in the occupied West Bank, territory that Israel captured in 1967. Palestinians claim the West Bank for a future state, but Israel cites its security needs and historical ties to the region.

Last week in Burqa, Reuters journalists there saw Palestinians and Israelis confronting each other. Israeli security forces intervened, firing tear gas and stun grenades toward Palestinians. A brush fire broke out amid the clashes and Israeli firing, spreading to nearby olive trees.

The Israeli military cited security reasons for their attack on the Palestinian olive gardens arguing that it "would not allow the olive harvest to be used in order to harm Israeli civilians or security forces."

In addition, many have criticized Tel Aviv for trying to seize hundreds of acres of Palestinian lands.

According to the head of the National Committee to Resist the Wall and Settlements affiliated with the Palestine Liberation Organization (PLO), Israel issued 20 military orders preventing Palestinian landowners from entering their own olive gardens in the occupied West Bank earlier this month despite the attacks of Jewish settlers on agricultural lands belonging to Palestinians, Walid Assaf told Anadolu Agency (AA).

The Geographic Information Systems Unit at the Land Research Centre report claimed that the orders targeted lands planted with olive trees in Hebron (Al-Khalil), Bethlehem, Ramallah and Nablus. Since the olive harvest began on Oct. 7, Jewish settlers have been carrying out attacks against farmers in various places across the occupied West Bank.