UN withdraws corruption claims against Yemen because of no evidence 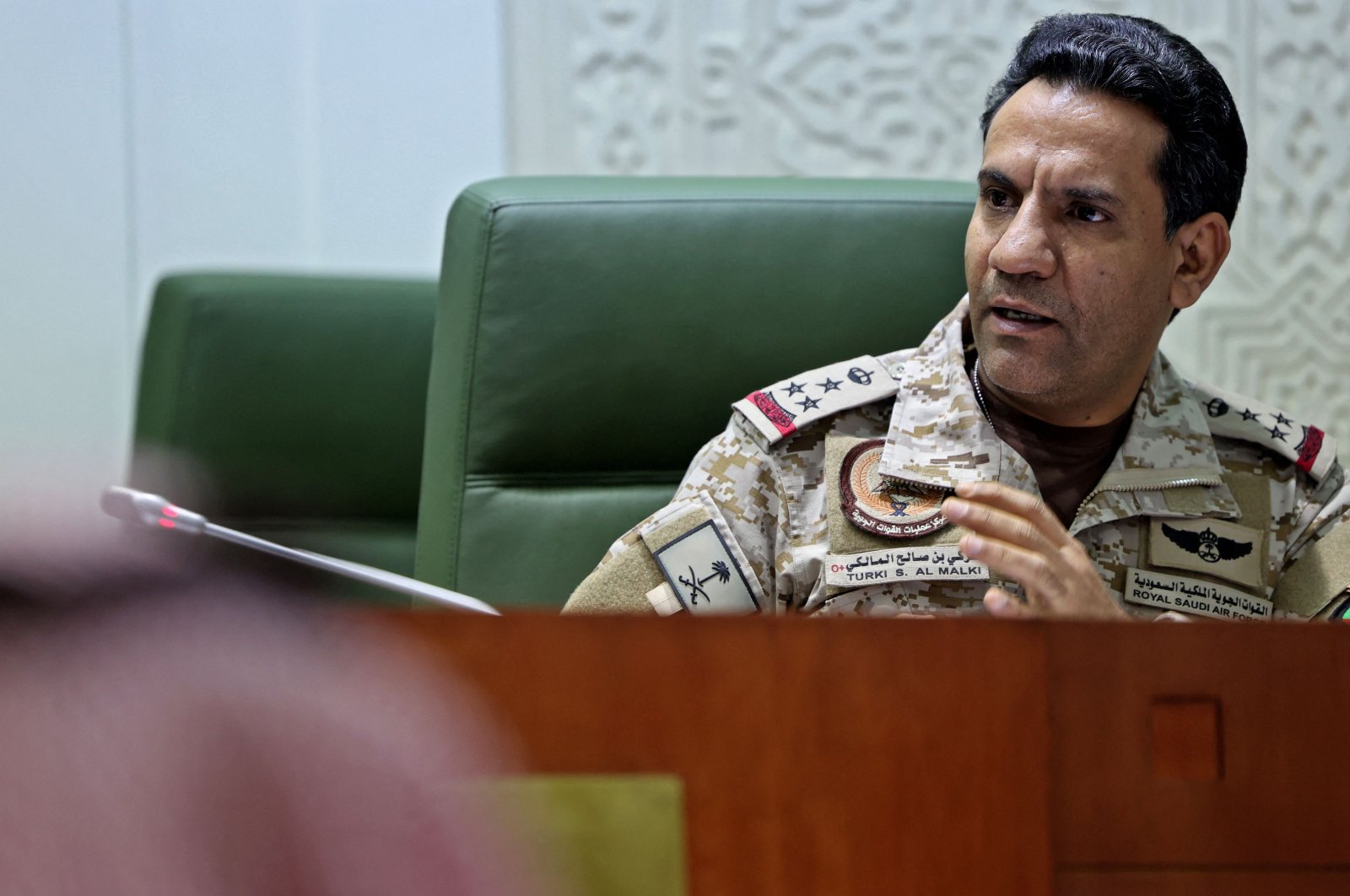 Spokesperson of the Saudi-led military coalition in Yemen Colonel Turki al-Maliki speaks during a press conference in the capital Riyadh, Saudi Arabia, March 22, 2021. (AFP Photo)
by ASSOCIATED PRESS
Mar 30, 2021 10:41 am

The U.N. panel of experts monitoring sanctions against Yemen has pulled back from its claims of corruption and money laundering by the government, central bank and a United Arab Emirates (UAE)-based holding corporation, saying a preliminary review of new information has found no evidence.

The panel said in letters to the U.N. Security Council’s sanctions committee and the chairperson of UAE-based Hayel Saeed Anam Group (HSA Group) obtained by The Associated Press (AP) on Monday that it was at least temporarily withdrawing the claims.

The experts said they aim to conduct "a complete review" of the initial report, which was published on Jan. 25, and will present its conclusions to the 15 council members "in due course.”

The panel claimed in the January report to the Security Council that the Yemeni government implemented a scheme to illegally divert to traders $423 million of Saudi money meant to buy rice and other commodities for the Yemeni people.

It said: "The government of Yemen is, in some cases, engaging in money-laundering and corruption practices that adversely affect access to adequate food supplies for Yemenis, in violation of the right to food.”

The conflict in Yemen began with the 2014 takeover of the capital, Sanaa, by Iranian-backed Houthi rebels. A Saudi-led coalition supported by the U.S. and allied with the government has been fighting the rebels since March 2015. The conflict has created the world's worst humanitarian crisis.

In its report outlining the purported $423 million scheme, the panel said 48% of the allegedly illegal diversion of funds was received by the HSA Group.

The HSA Group called the allegations "baseless” and denied them "in the strongest terms.” It urged the panel to issue a statement distancing itself from the allegations and launch an immediate investigation "to ascertain the illegitimate source” of the report and said it would conduct an independent review.

In a March 26 letter to sanctions committee members, the coordinator of the panel of experts, Dakshinie Ruwanthika Gunaratne, said the panel wanted to inform them "that its preliminary review has not demonstrated evidence of corruption, money laundering or elite capture” as stated in the report.

"In addition, information received also indicates that after the injection of the Saudi deposit into Yemen, food prices were stabilized in 2019,” Gunaratne said.

Pending the experts’ final assessment, he said, all references to corruption and money laundering allegations related to the alleged $423 million scheme "should be disregarded.”

The HSA Group said it responded to the panel last month, citing a series of flaws and errors in the report, including that it actually reduced food prices between 10% and 26% when it received the Saudi money. The group also said it hired an independent auditor that is reviewing its activities related to the Saudi funding.

The panel’s actions were first reported by the Saudi-owned broadcaster Al-Arabiya.