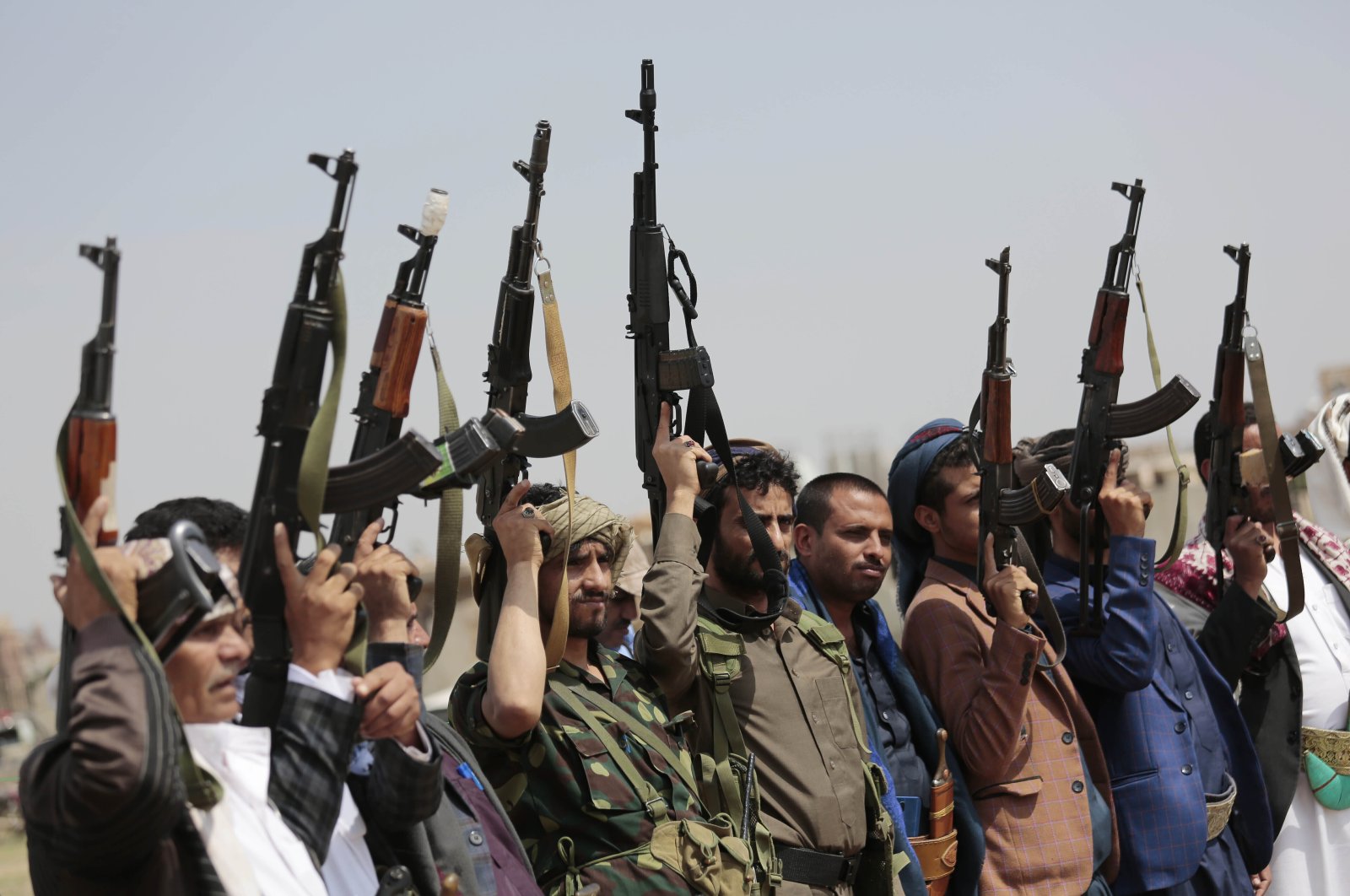 Tribesmen loyal to the Houthis raise their weapons during a protest against the agreement to establish diplomatic relations between Israel and the United Arab Emirates, in Sanaa, Yemen, Aug. 22, 2020. (AP Photo)
by REUTERS Mar 26, 2021 1:06 pm
RECOMMENDED

The Iranian-backed Houthi rebels in Yemen said Friday they had launched 18 armed drones on Saudi energy and military sites, and the kingdom's energy ministry reported that a projectile had struck a petroleum products distribution station, causing a fire.

The Saudi-led coalition battling the Houthis said late Thursday it had intercepted several drones aimed at Saudi Arabia, days after Riyadh presented a peace initiative that includes a nationwide cease-fire in Yemen as the war enters its seventh year.

"We are prepared to carry out stronger and harsher military attacks in the coming period," he said on Twitter.

Aramco, when contacted by Reuters on Friday, said it would respond at the earliest opportunity.

The Saudi energy ministry said that at 9 p.m. Thursday evening a projectile had struck a petroleum products distribution station in Jazan causing a fire in a tank. There were no casualties. It added such attacks on vital installations target the stability of global energy supplies.

"These attacks confirm the terrorist Houthi militia's rejection of all political efforts to end the crisis," defense ministry spokesperson Col. Turki al-Malki, who also speaks for the Saudi-led coalition, said in a statement.

The Houthis, who are pushing for the full lifting of a sea and air blockade on areas the group controls, recently stepped up drone and missile attacks on Saudi Arabia and a ground offensive to seize Yemen's gas-rich Marib region. The coalition has responded with airstrikes on Houthi military sites.

The Saudi-led coalition intervened in Yemen in March 2015 after the Houthis ousted the internationally recognized government in the capital Sanaa.

The Houthis, who now control most of northern Yemen, deny being puppets of Iran and say they are fighting a corrupt system and foreign aggression.