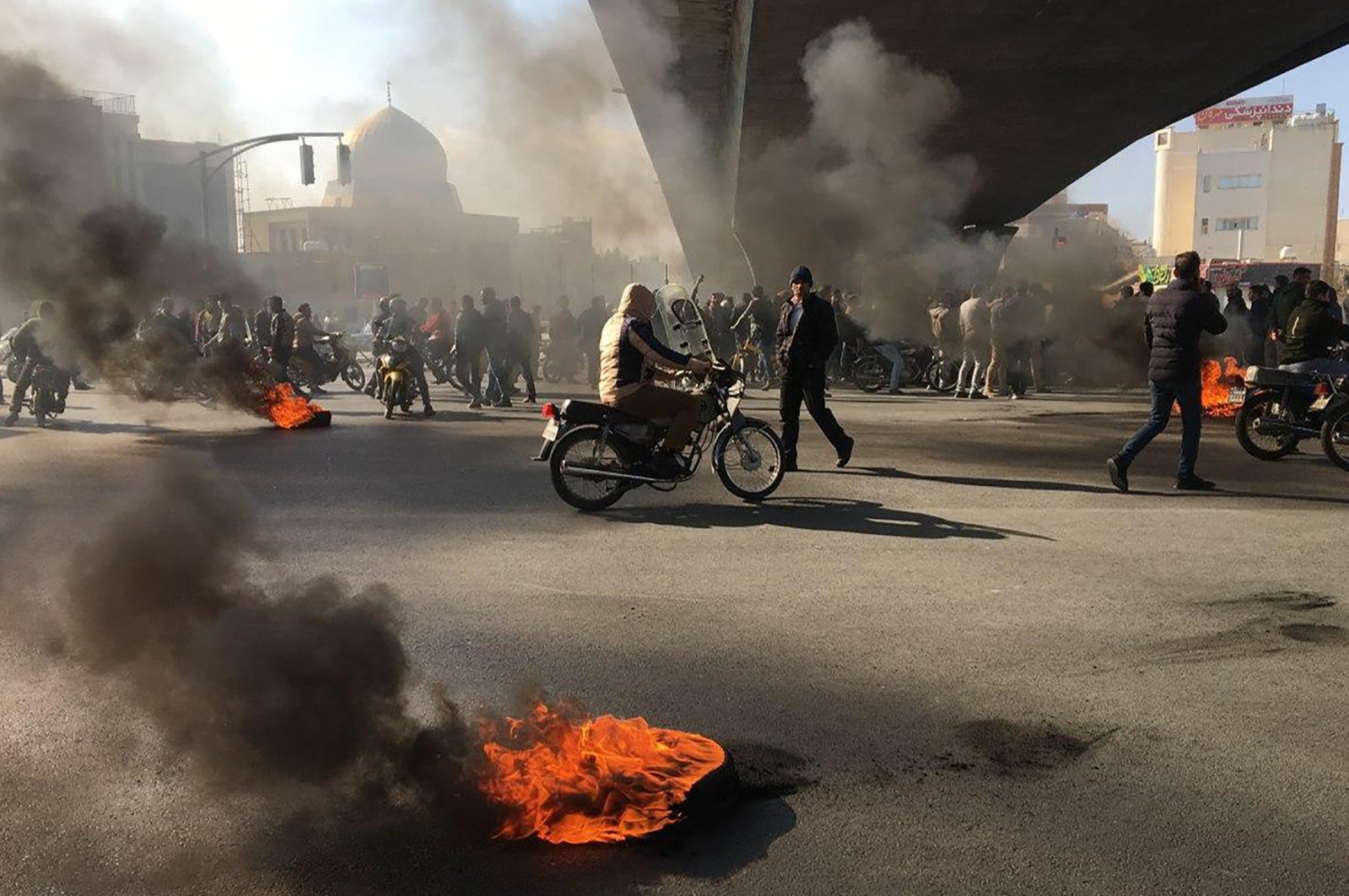 Iran has been hit once more by growing discontent over economic hardship as many Iranians returned to the streets late Thursday, clashing with police in the country's southwest. The protests underscored a revival of last November's anti-government protests when over 1,000 people are believed to have been killed in the deadliest street violence since the 1979 Islamic revolution.

Internet access to the wider region was disrupted as demonstrators shared videos of the rally. Internet-access advocacy group NetBlocks.org reported the disruption affecting Iran's oil-rich Khuzestan province late Thursday. The outage coincided with videos being published online of protesters gathering in the city of Behbahan, some 570 kilometers (355 miles) southwest of the capital, Tehran. The videos showed demonstrators chanting slogans heard at other protests in Iran over the last year, including: “Don't be afraid, we are all together.” Others targeted Iran's foreign policy, shouting: “Not Gaza, not Lebanon, I will die for Iran.”

Khuzestan is a key oil-producing region that has often complained of official neglect. Bordering Iraq, it is one of the few areas in mainly Shiite Iran to have a large ethnic Sunni Arab community. The gathering in Behbahan came days after Iran upheld death sentences for three people linked to deadly protests last November sparked by a hike in petrol prices. Iranian authorities promised on Friday to deal "decisively" with further protests over economic hardship.

Last year's unrest began with protests over economic hardship but turned political, with demonstrators demanding top officials step down. The protest erupted on Nov. 15 in Tehran and rapidly spread to at least 100 cities and towns, with petrol pumps torched, police stations attacked and shops looted, before being put down by security forces amid a near-total internet blackout. Iranian officials repeatedly denied death tolls given by foreign media and human rights groups as "lies" and passed the responsibility of reporting on it between different state bodies.

The November demonstrations showed the widespread economic discontent gripping Iran since May 2018, when U.S. President Donald Trump imposed crushing sanctions after unilaterally withdrawing the U.S. from the nuclear deal that Tehran struck with world powers. That decision has seen Iran begin to break the limits of the deal, as well as a series of attacks across the Middle East that Washington has blamed on Tehran.

In 2018, after the Iranian government raised fuel prices by 50%, thousands of protesters took to the streets to protest the government, blocking roads and attempting to prevent security forces from entering certain neighborhoods. Reports claim the police did not refrain from using live bullets, killing more than 100.