US concealed airstrike that killed 64 civilians in Syria: Report 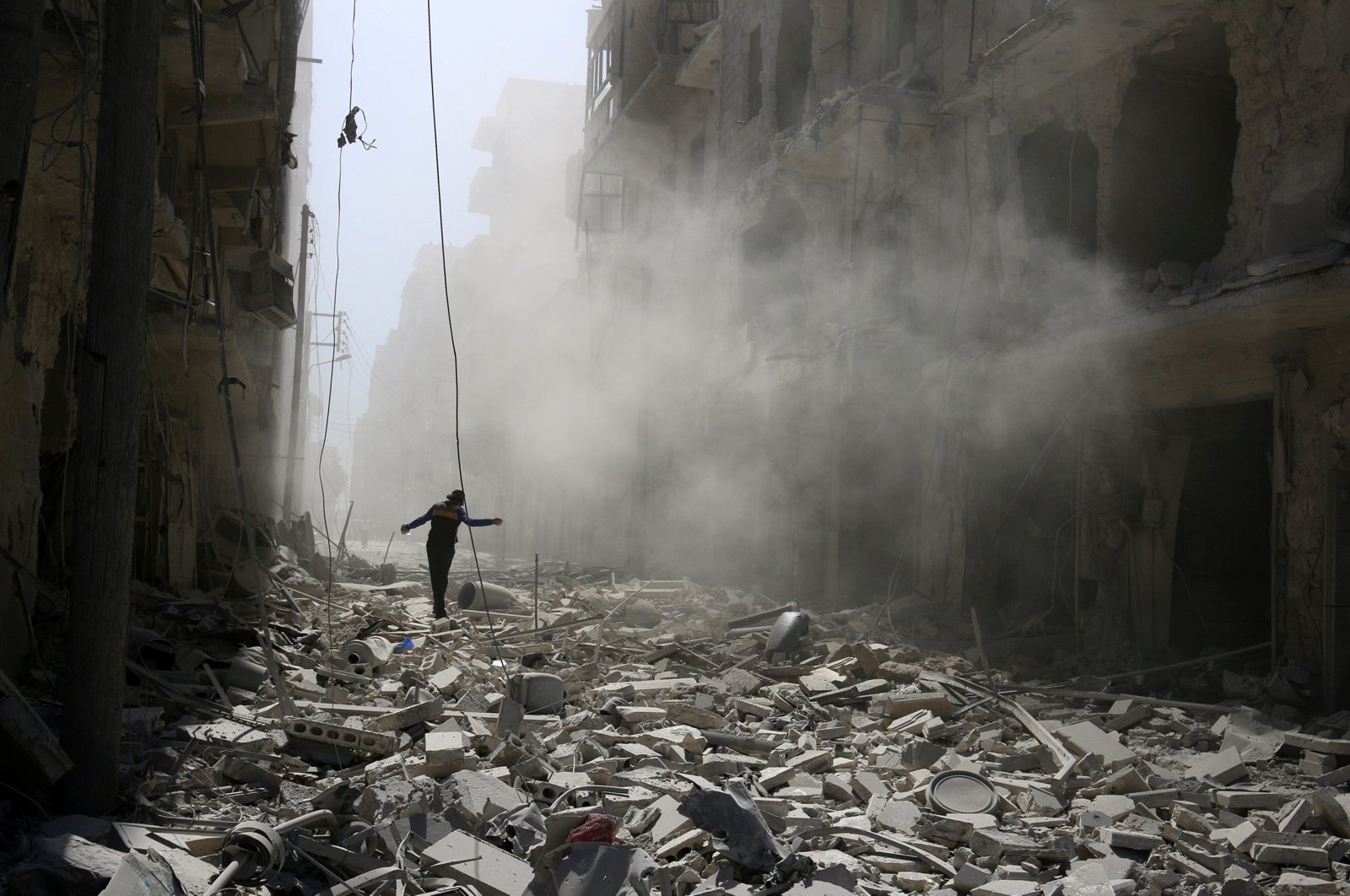 A man walks on the rubble of damaged buildings after an airstrike at al-Qaterji neighborhood of Aleppo, Syria, Sept. 25, 2016. (Reuters Photo)
by Agencies Nov 14, 2021 8:41 pm
RECOMMENDED

The United States military launched an airstrike in Syria in 2019 that resulted in the deaths of 64 civilians, nearly all of whom were women and children, in a possible war crime incident during the battle against the Daesh terrorist group. The airstrike was then concealed and covered up by the U.S. military, a report by The New York Times revealed Saturday, as U.S. Central Command (CENTCOM) said Sunday that the strike was "legitimate."

The two back-to-back airstrikes near the town of Baghuz were ordered by a classified American special operations unit tasked with ground operations in Syria, according to the report.

The newspaper said that CENTCOM, which oversaw U.S. air operations in Syria, acknowledged the strikes for the first time this week and said they were justified.

In a statement on Saturday, CENTCOM reiterated the account it gave the newspaper that 80 people were killed in the strikes including 16 Daesh fighters and four civilians. The military said it was unclear if the other 60 people were civilians, partly because women and children could have been combatants.

In Saturday's statement, the military said the strikes were "legitimate self-defense," proportional and that "appropriate steps were taken to rule out the presence of civilians."

"We abhor the loss of innocent life and take all possible measures to prevent them. In this case, we self-reported and investigated the strike according to our own evidence and take full responsibility for the unintended loss of life," CENTCOM said.

The number of civilians among the 60 fatalities could not be determined because "multiple armed women and at least one armed child were observed" in video of the events, it said, adding that the majority of the 60 were likely combatants.

Central Command said the strikes took place while Syrian Democratic Forces (SDF) were under heavy fire and in danger of being overrun and the SDF had reported the area clear of civilians.

The Defense Department's inspector general launched an inquiry into the March 18, 2019, incident, but its report was ultimately "stripped" of any mention of the bombing and a thorough, independent probe never took place, according to the Times. The newspaper said its report was based on confidential documents and descriptions of classified reports, as well as interviews with personnel directly involved.

An Air Force lawyer present in the operations center at the time "flagged the strike as a possible war crime" and later alerted the Defense Department's inspector general and the Senate Armed Services Committee when no action was taken, the Times said, but "at nearly every step, the military made moves that concealed the catastrophic strike."