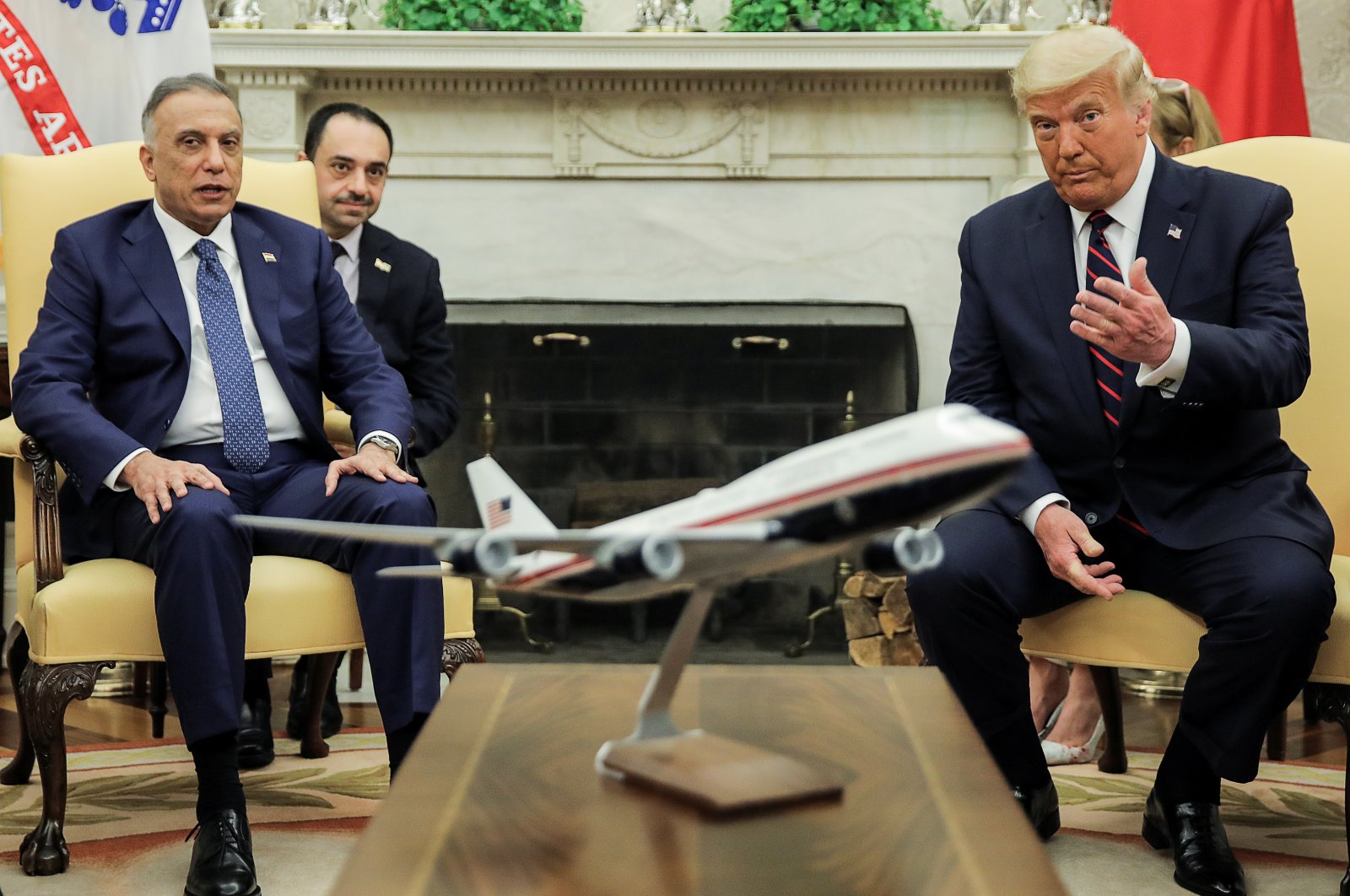 U.S. President Donald Trump and the prime minister of Iraq met Thursday to discuss ways to confront Iranian aggression in the region, threats from the Daesh terror group’s sleeper cells and the president's desire to shrink the U.S. military's footprint in the country.

Trump reaffirmed his plan to withdraw all U.S. troops from Iraq as quickly as possible, saying: "We look forward to the day when we don’t have to be there."

Asked about a timetable for a full withdrawal, the president turned to Secretary of State Mike Pompeo, who replied: “As soon as we can complete the mission. The president has made very clear he wants to get our forces down to the lowest level as quickly as we possibly can. That’s the mission he’s given us and we’re working with the Iraqis to achieve that.”

There are more than 5,000 American troops in Iraq now. Last month, the top U.S. general for the Middle East said he believed the U.S. will keep a smaller but enduring presence in the country. Marine Gen. Frank McKenzie, the commander of U.S. Central Command, said after he met with Iraq’s new prime minister, Mustafa al-Kadhimi, that he believes the Iraqis welcome the U.S. and coalition troops, especially in the ongoing fight to keep Daesh fighters from taking hold of the country again.

McKenzie would not say how many U.S. troops might stay. But he said Iraqi conventional forces now operate on their own. U.S. and coalition forces continue to conduct training and counterterrorism operations, including with Iraqi commandos. Any final decisions, he said, would be coordinated with the Iraqi government.

Al-Kadhimi, who is backed by the U.S., assumed office in May when Baghdad’s relations with Washington were precarious following the U.S. killing of Iranian Gen. Qassem Soleimani in a drone strike at the Baghdad airport.

Al-Kadhimi has often had to walk a tightrope due to the U.S. and Iran's rivalry. Asked if he was bringing any messages from Tehran following a recent visit there, al-Kadhimi told The Associated Press (AP) before he left for Washington: “We do not play the role of a postman in Iraq.”

The U.S. recognizes the cultural and religious ties that exist between Iran and Iraq, but the administration wants to decrease Iran's destabilizing influence, often exercised by pro-Iranian militias, on political and security in Iraq.

Al-Kadhimi’s administration inherited a myriad of crises. State coffers in the crude oil-dependent country were slashed following a severe drop in prices, adding to the woes of an economy already struggling with the aftershocks of the global coronavirus pandemic. The U.S. wants to make sure the Baghdad central government's limited resources also find their way to the Kurdish autonomous region in northern Iraq.

State violence used to quell the mass protests that erupted in October brought public trust in the government to a new low. Tens of thousands of Iraqis marched decrying rampant government corruption, poor services and unemployment, leading to the resignation of the previous premier, Adel Abdul-Mahdi.

Pompeo, who met Wednesday with Iraq’s foreign minister, Fuad Hussein, said the U.S. was committed to helping Iraq regain and maintain security, despite Trump’s oft-stated desire to reduce and then eliminate American troops' presence there. Armed groups are not under the full control of the Iraqi prime minister, Pompeo said. He said those groups should be replaced by local police as soon as possible and that the U.S. could and would help.

The Iraqi prime minister told Pompeo that Iraq currently does not need direct military support on the ground and that the levels of help will depend on the changing nature of the threat. Three years since Iraq declared victory over Daesh, sleeper cells continue to stage attacks across the country’s north.

Pompeo and the Iraqi foreign minister expressed hope that as the security situation improves, there will be greater economic cooperation between the two countries, particularly in the energy sector.