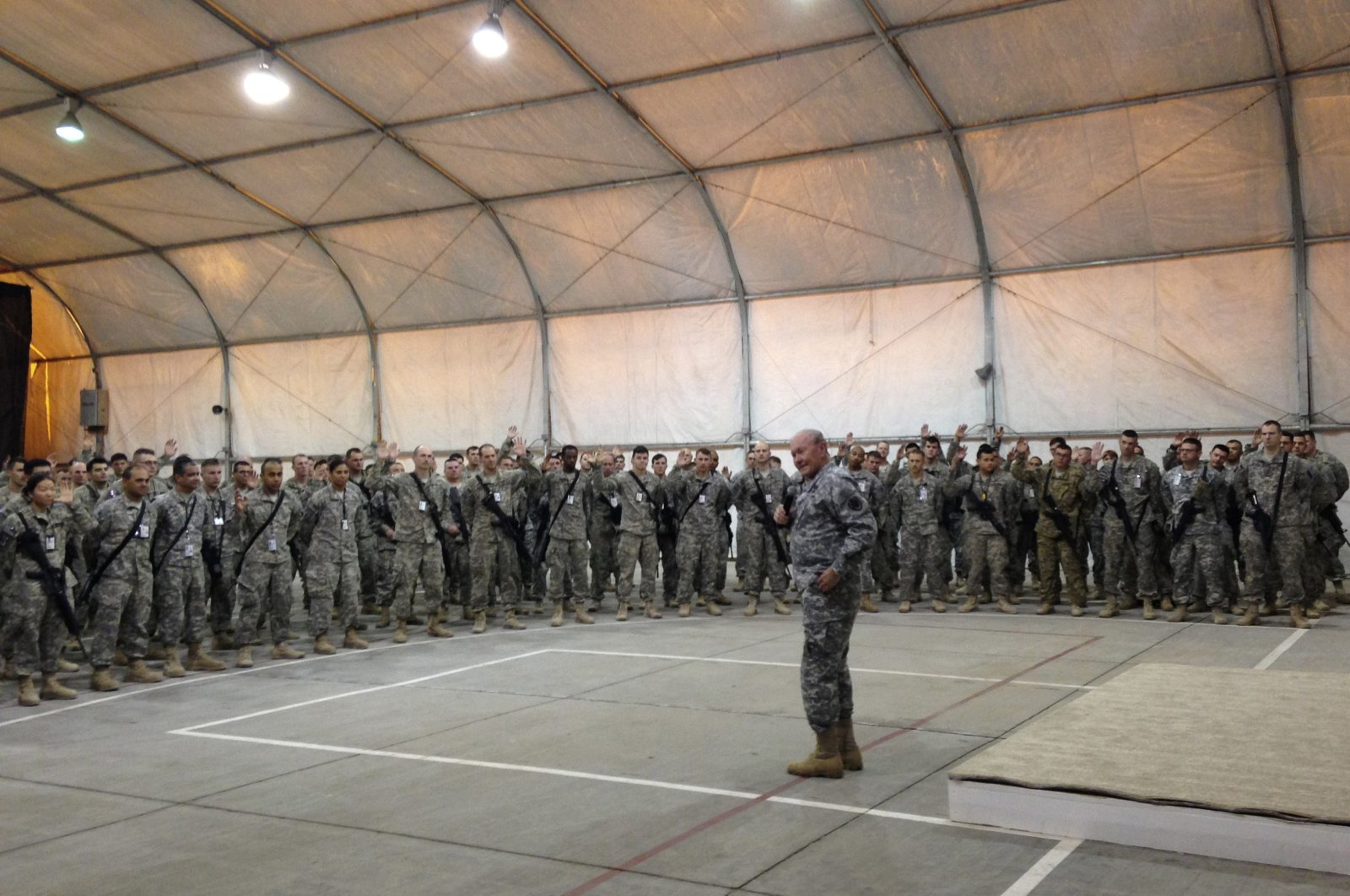 The U.S.-led coalition will redeploy hundreds of troops from bases in Iraq, a U.S. coalition official said Tuesday. Some of these troops will be moved out of the country, dubbing the redeployment a "historic" move.

The announcement came hours after another rocket attack targeted an Iraqi base where foreign troops are located, the 24th such attack in less than six months. "The coalition is repositioning troops from a few smaller bases," said coalition spokesman Myles Caggins.

The first redeployment began Tuesday from Qaim, the western base along the border with Syria, a coalition official told AFP.

Some had already been redeployed to coalition positions in neighboring war-ravaged Syria along with artillery, while the remainder would be sent to other bases in Iraq or Kuwait. The official denied that the redeployment was a response to a spike over the last week in rocket attacks targeting foreign troops stationed across Iraq.

Early Tuesday, two Katyusha rockets hit an Iraqi base south of the capital hosting Spanish units of the U.S.-led coalition as well as NATO troops. On March 11, a volley of rockets killed two U.S. military personnel and a British soldier at the Taji Airbase, which was hit again three days later.

The U.S. responded with airstrikes on five positions controlled by Kataeb Hezbollah, an Iran-backed group and member of the Hashd al-Shaabi military network. The group has been formally integrated into the Iraqi state's security forces, but more hardline groups continue to operate independently.

Around 5,200 U.S. forces are positioned across Iraq and form the bulk of the coalition set up in 2014 to help local forces battle the Islamic State jihadist group. They are deployed at about a dozen bases in Iraq alongside local forces.

A U.S. official told AFP that coalition troops would leave three bases. In addition to Qaim, troops at the Qayyarah and Kirkuk bases in northern Iraq were set to be withdrawn by the end of April. While Qaim has not been hit by rockets, both Qayyarah and Kirkuk have faced heavy rocket fire in recent months.

"There was no trigger but the violence helped keep the (withdrawal) pace fast," the official added, saying overall troop numbers in Iraq would remain the same.