US-led forces pull out of 3rd Iraqi base this month 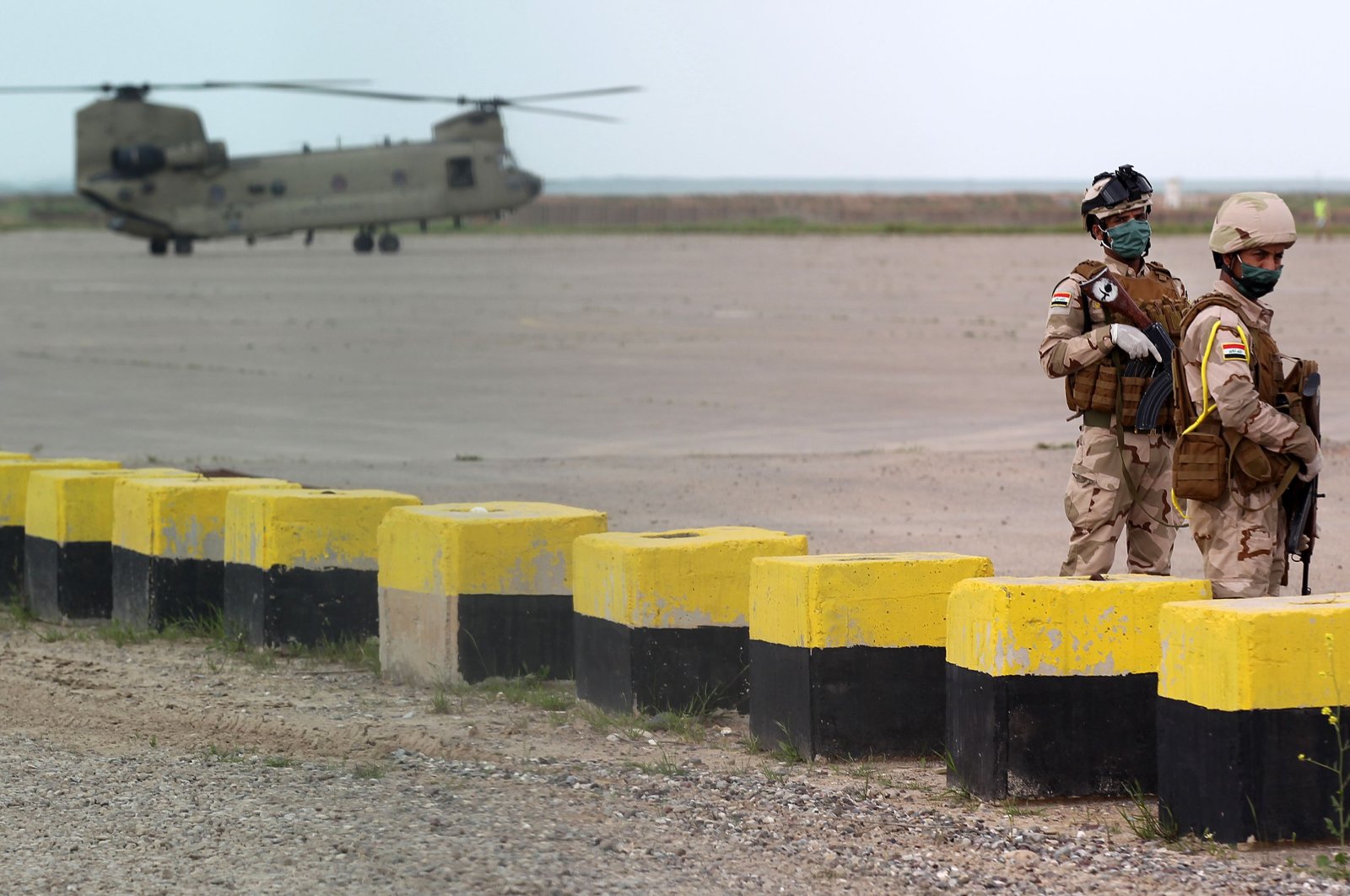 The U.S.-led coalition in Iraq withdrew on Sunday from a military base in the country's north that nearly launched Washington into an open war with neighboring Iran.

The K1 Air Base is the third site coalition forces have left this month, in line with U.S. plans to consolidate its troops in two locations in Iraq.

A rocket attack on the base in late December killed one American contractor and lead to a series of tit-for-tat attacks between the U.S. and Iran-backed Iraqi militia groups. The attacks culminated in the U.S.-directed killing of top Iranian Gen. Qassem Soleimani and a senior Iraqi militia leader, Abu Mahdi al-Muhandis.

Coalition forces handed over the K1 base in the northern Iraqi province of Kirkuk to Iraq's military, according to a coalition statement. At least $1.1 million of equipment was transferred to the Iraqis as 300 coalition personnel departed.

K1 has hosted coalition forces since 2017 to launch operations against Daesh in nearby mountainous areas. Areas south of Kirkuk, and north of neighboring provinces of Diyala, Salahaddin and Nineveh remain hotbeds of Daesh activity.

U.S.-led forces have already withdrawn this month from the Qayara base in Nineveh province followed by the Qaim base near the border with Syria. All were in line with plans to pull out from bases across Iraq and consolidate coalition forces in Baghdad and at the Ain al-Asad Air Base in the country’s western desert.

The plan has been in the works since late last year, the senior coalition military official said, and accelerated when Iraqi forces proved they were capable of facing the threat from the Daesh with limited coalition assistance.

Coalition officials said they would still assist Iraqi forces with air support and surveillance but significantly cut back on training and ground operations, as the limited withdrawal continues.

Until last month, there were some 7,500 coalition troops based in Iraq, including 5,000 U.S. forces.