US Secretary of State Pompeo to meet Taliban negotiators in Qatar 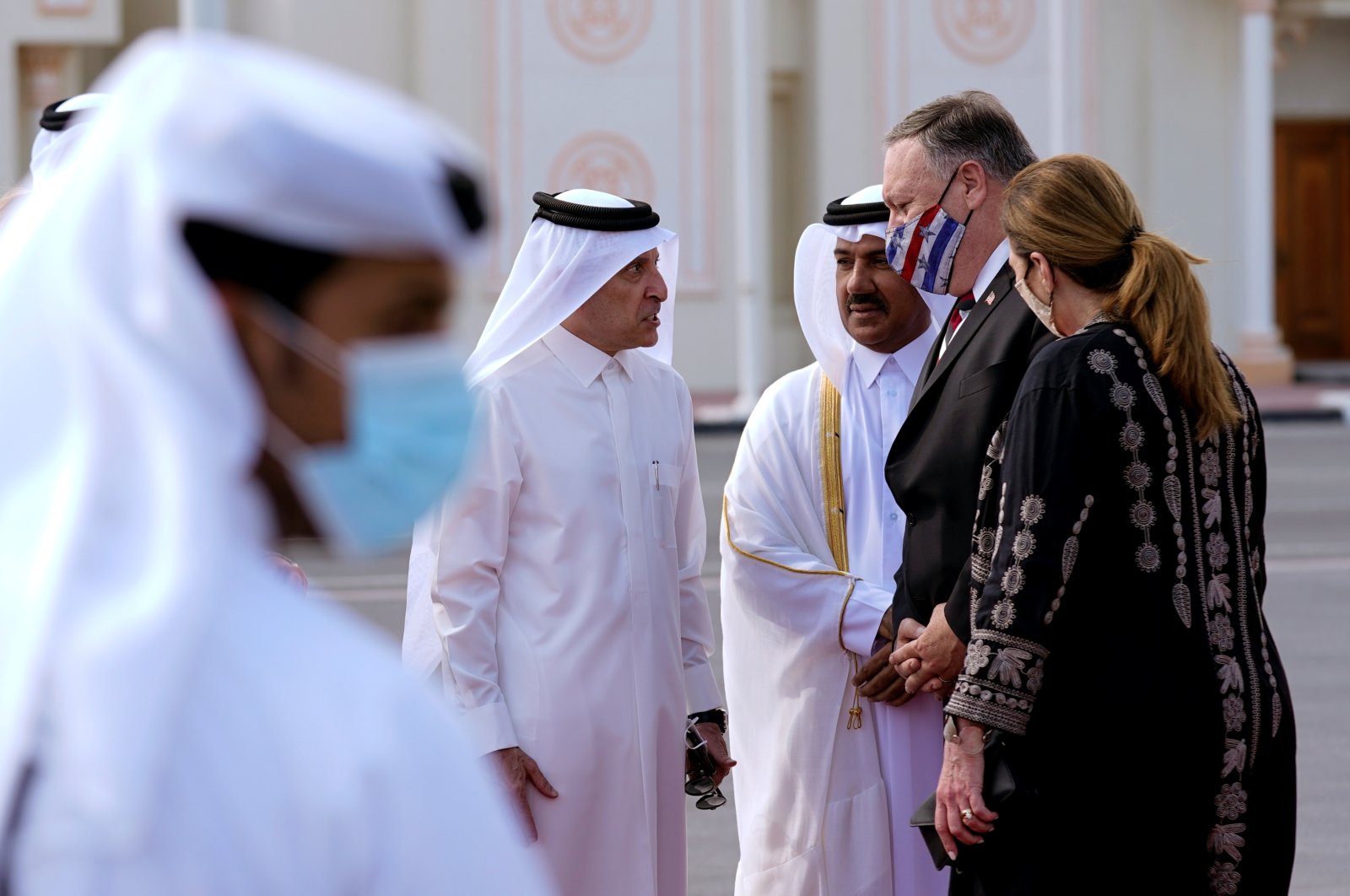 U.S. Secretary of State Mike Pompeo arrived in Doha Saturday to meet negotiators from the Afghan government and the Taliban, amid signs of progress in their talks as Washington speeds up its withdrawal.

Pompeo's visit comes in the wake of a rocket attack that struck densely populated areas of Kabul, killing at least eight people in the latest outbreak of violence in the Afghan capital.

The Taliban have denied responsibility and no group has claimed the strike.

The State Department said that Pompeo will meet separately with the Afghan government and Taliban negotiation teams in the Qatari capital.

He will also see Qatar's ruler, Emir Sheikh Tamim bin Hamad Al-Thani, and the foreign minister on his stop in Doha, the Taliban's base for diplomacy.

The outgoing top U.S. diplomat is on a seven-nation tour of Europe and the Middle East, as President Donald Trump shores up late-term priorities.

Earlier this week, the Pentagon said it would soon pull some 2,000 troops out of Afghanistan, speeding up the timeline established in a February agreement between Washington and the Taliban that envisions a full U.S. withdrawal in mid-2021.

Trump has repeatedly vowed to end "forever wars," including in Afghanistan, America's longest-ever conflict that began with an invasion to dislodge the Taliban following the Sept. 11, 2001 attacks.

President-elect Joe Biden, in a rare point of agreement with Trump, also advocates winding down the Afghanistan war, although analysts believe he will not be as wedded to a rapid withdrawal.

The Taliban is speaking to Afghanistan's government for the first time.

The talks started on Sept. 12 in Doha but almost immediately faltered over disagreements about the agenda, the basic framework of discussions and religious interpretations.

Several sources told Agence France-Presse (AFP) on Friday that the two sides appear to have resolved some of the issues, however.

Among the sticking points so far, the Taliban and the Afghan government have struggled to agree on a common language on two main issues.

The Taliban, who are Sunni hardliners, are insisting on adherence to the Hanafi school of Sunni Islamic jurisprudence, but government negotiators say this could be used to discriminate against Hazaras, who are predominantly Shiite, and other minorities.

Another contentious topic is how the U.S.-Taliban deal will shape a future Afghan peace deal and how it will be referred to.

The Doha peace talks opened after the Taliban and Washington signed a deal in February, with the U.S. agreeing to withdraw all foreign forces in exchange for security guarantees and a Taliban promise to start talks.

Despite the talks, violence has surged across Afghanistan, with the Taliban stepping up daily attacks against Afghan security forces.

Trump's plan to slash troops by Jan. 15 – less than a week before his successor Joe Biden is to be sworn into office – has been criticized by Kabul residents who fear it will embolden the Taliban to unleash a new wave of fighting.

Afghan civilians have long borne the brunt of the country's bloodshed.

Officials in Kabul also worry it will harden the Taliban position at the negotiating table, where the future of hard-won gains including women's rights is on the line.

Saturday's strike on the Afghan capital saw a barrage of rockets slam into various parts of central and north Kabul – including in and around the heavily fortified Green Zone that houses embassies and international firms.

The Iranian embassy said on Twitter that its main building had been hit by rocket fragments after a missile landed on the premises. No one on the compound, located just outside the Green Zone, was wounded.

Interior ministry spokesman Tariq Arian blamed the Taliban, saying "terrorists" had fired a total of 23 rockets. However, the Taliban denied responsibility, saying they "do not blindly fire on public places."

Recent attacks in Kabul, including two horrific assaults on educational institutions that killed nearly 50 people in recent weeks, follow a familiar pattern in the aftermath, with the Taliban denying any involvement while the Afghan government pins the blame on them or their proxies.