US to label Palestinian-led boycott movement as ‘anti-Semitic,’ Pompeo says 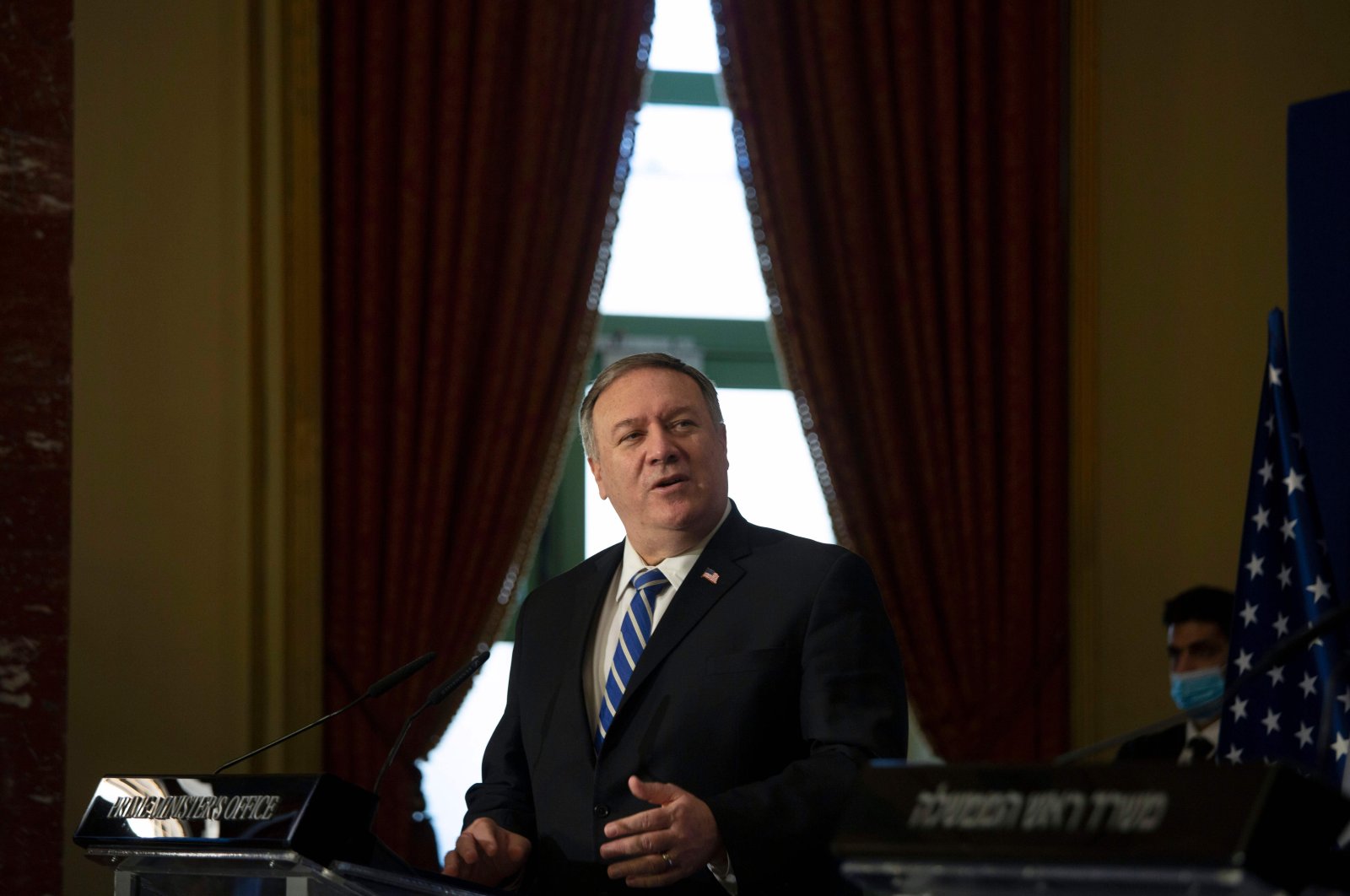 U.S. Secretary of State Mike Pompeo speaks during a joint press conference with the Israeli prime minister after a meeting in Jerusalem on November 19, 2020. (AFP Photo)
by Agencies Nov 19, 2020 1:35 pm
RECOMMENDED

Secretary of State Mike Pompeo said Thursday that the U.S. will label the Boycott, Divestment and Sanctions (BDS) campaign, which seeks to isolate Israel over its attacks against Palestinians in the occupied West Bank, as "anti-Semitic," calling the movement “a cancer”.

"We will regard the global, anti-Israel BDS campaign as anti-Semitic,” Pompeo said, referring to the Palestinian-led BDS movement. "We will immediately take steps to identify organizations that engage in hateful BDS conduct and withdraw U.S. government support for such groups," he said, adding that all nations should "recognize the BDS movement for the cancer that it is,” according to the Associated Press (AP).

BDS organizers cast their campaign as a nonviolent people-led movement that aims to exert economic pressure on Israel to ensure equal rights and a right of return to Palestinians.

Israel views BDS as an assault on its very existence and has seized on statements by some supporters to accuse it of anti-Semitism, allegations denied by organizers. In a statement, the BDS movement reiterated its rejection of "all forms of racism, including anti-Jewish racism” and accused the U.S. and Israel of trying to silence advocacy for Palestinian rights.

"The BDS movement for Palestinian freedom, justice and equality stands with all those struggling for a more dignified, just and beautiful world," it said. "With our many partners, we shall resist these McCarthyite attempts to intimidate and bully Palestinian, Israeli and international human rights defenders into accepting Israeli apartheid and settler-colonialism as fate.”

HRW, whose researcher was deported from Israel last year for past statements allegedly in support of BDS, urges companies to avoid doing business in the occupied West Bank settlements, saying it makes them complicit in human rights abuses.

"The Trump administration is undermining the common fight against the scourge of antisemitism by equating it with peaceful advocacy of boycotts,” Eric Goldstein, acting Middle East and North Africa director at HRW, said in a statement.

Israel's plan to annex large swaths of land in the occupied West Bank from Palestinians has drawn international criticism, with Turkey, the United Nations and the European Union voicing concern over the controversial move. Turkey has urged the international community to stand against Israel's unilateral and illegal move in the occupied Palestinian territories, stressing the adherence to the two-state solution based on the 1967 border between the two nations.