US to return 17K ancient artifacts, including Gilgamesh tablet, to Iraq 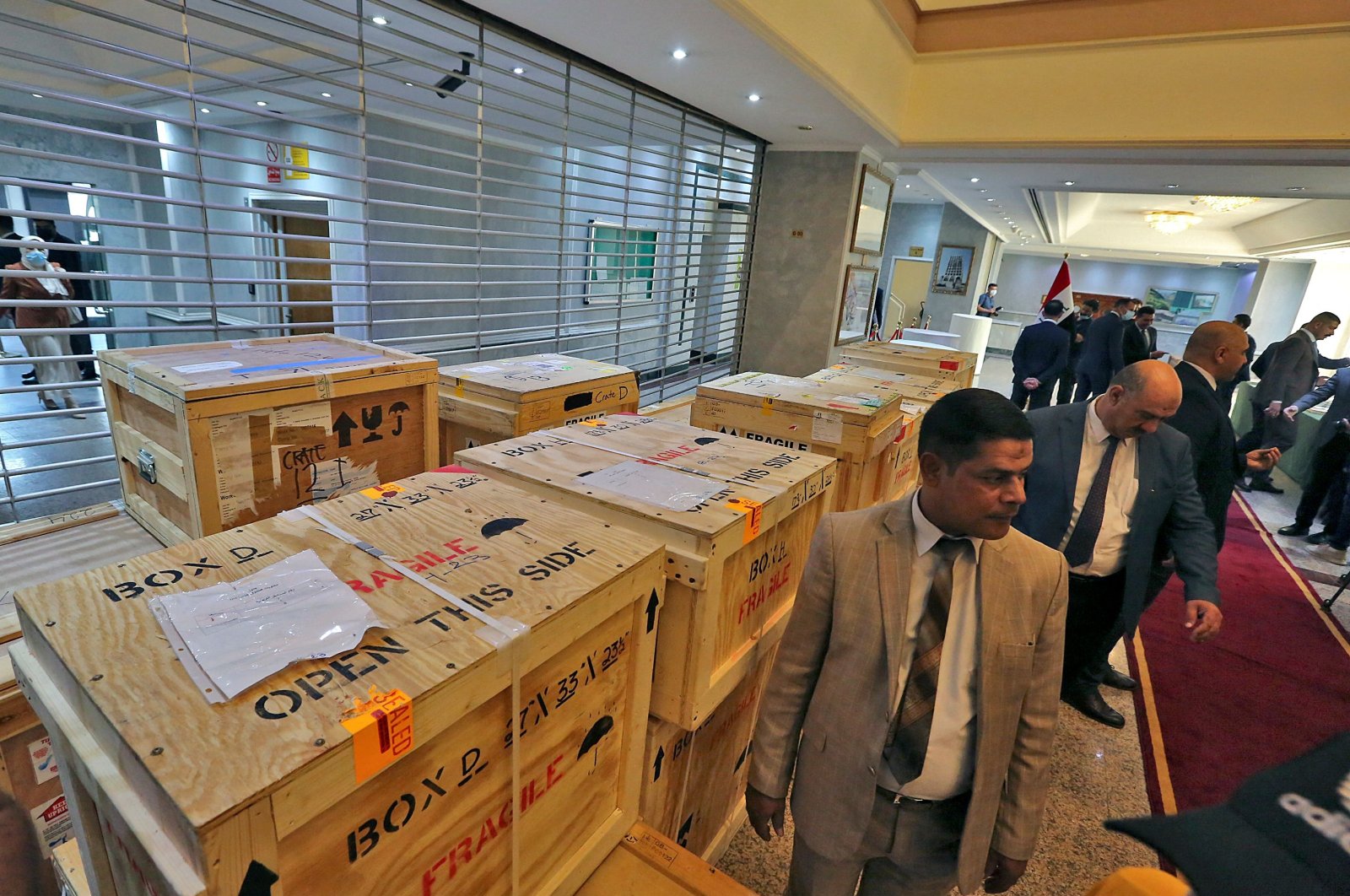 Staff members at Iraq's Ministry of Foreign Affairs work around crates of looted Iraqi antiquities returned by the United States, ahead of a handover ceremony at the ministry in the capital Baghdad, on Aug. 3, 2021. (AFP Photo)
by REUTERS
Aug 03, 2021 2:22 pm

Iraqi officials announced Tuesday that the United States is finally returning more than 17,000 ancient artifacts looted and smuggled out of the country after the U.S. invasion in 2003, including a 3,500-year-old clay tablet bearing part of the Epic of Gilgamesh.

Tens of thousands of antiquities disappeared from Iraq after the 2003 invasion that toppled leader Saddam Hussein. Many more were smuggled or destroyed by the Daesh terrorist group, which held a third of Iraq between 2014 and 2017 before it was defeated by Iraqi and international forces.

U.S. authorities working to recover the artifacts recently reached an agreement with Baghdad to return items seized from dealers and museums in the United States, the Iraqi culture and foreign ministries said.

"The U.S. government seized some of the artifacts and sent them to the (Iraqi) embassy. The Gilgamesh tablet, the important one, will be returned to Iraq in the next month after legal procedures are finalised," Culture Minister Hassan Nadhim told Reuters.

U.S. authorities seized the Gilgamesh tablet in 2019 after it was smuggled, auctioned and sold to an art dealer in Oklahoma and displayed at a museum in Washington, D.C., the Department of Justice said. A court ordered its forfeiture last month, it said.

It said that a U.S. antiquities dealer had bought the tablet from a London-based dealer in 2003. The Epic of Gilgamesh is a 3,500-year-old Sumerian tale considered one of the world's first pieces of literature.

Nadhim said other artifacts being returned included other tablets inscribed in cuneiform script.

Iraq's ancient heritage has been decimated by conflict, destruction and looting especially since 2003. Thousands of artifacts are still missing.

After 2014, the Daesh terrorist group, which preached an intolerant and extremist interpretation of Islam, raided and wrecked historical sites on what UNESCO called an "industrial" scale, using loot to fund its operations through a smuggling network extending through the Middle East and beyond.

With the help of international agencies, Iraqi authorities have been trying to track down, return and preserve its archaeological relics.