US withdraws troops from Iraq's Taji base 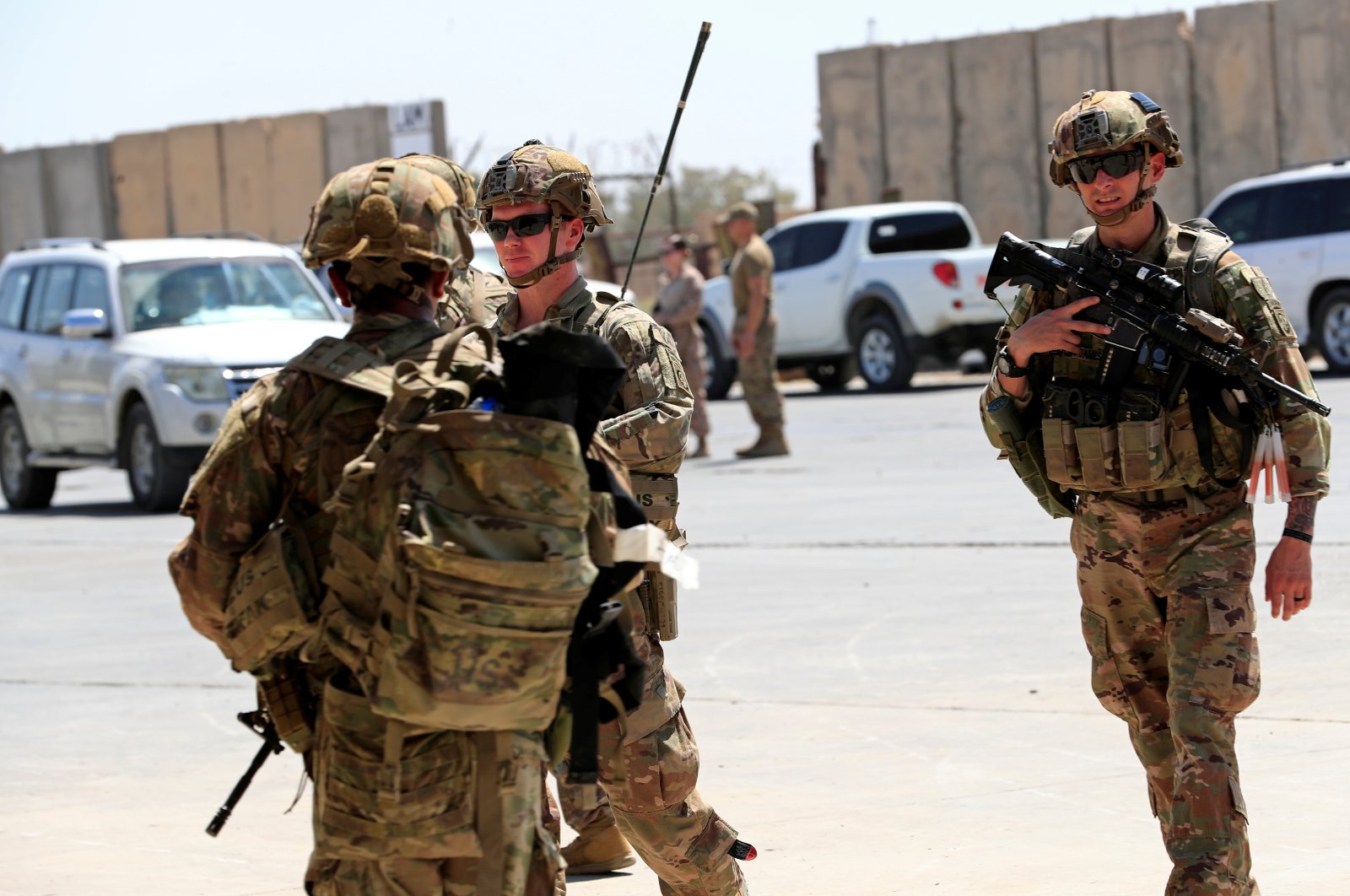 U.S. soldiers are seen during a handover ceremony of Taji military base from U.S.-led coalition troops to Iraqi security forces, in the base north of Baghdad, Iraq, Aug. 23, 2020. (Reuters Photo)
by REUTERS
Aug 23, 2020 7:51 pm

United States-led international coalition troops withdrew from Iraq’s Taji military base on Sunday and handed it over to Iraqi security forces, Reuters witnesses and the coalition said.

The base, 20 kilometers (12 miles) north of Baghdad, had been the site of frequent rocket attacks by Iran-backed militias targeting U.S.-led troops in recent months.

“The movement of coalition military personnel is part of a long-range plan coordinated with the government of Iraq,” the coalition said in a statement, adding that Camp Taji has historically held up to 2,000 coalition members, most of whom have departed this summer.

The remaining coalition troops will depart in the coming days after finalizing the handing over of equipment to Iraqi security forces, it added.

This was the eighth transfer of a coalition portion of an Iraqi base back to Iraqi forces, it said.

The withdrawal came days after U.S. President Donald Trump redoubled his promise to withdraw the few U.S. troops still in the country. The U.S. has had about 5,000 troops stationed in the country and coalition allies had a further 2,500.

Iraq’s parliament had voted this year for the departure of foreign troops from Iraq, and the U.S. and other coalition troops have been leaving as part of a drawdown.