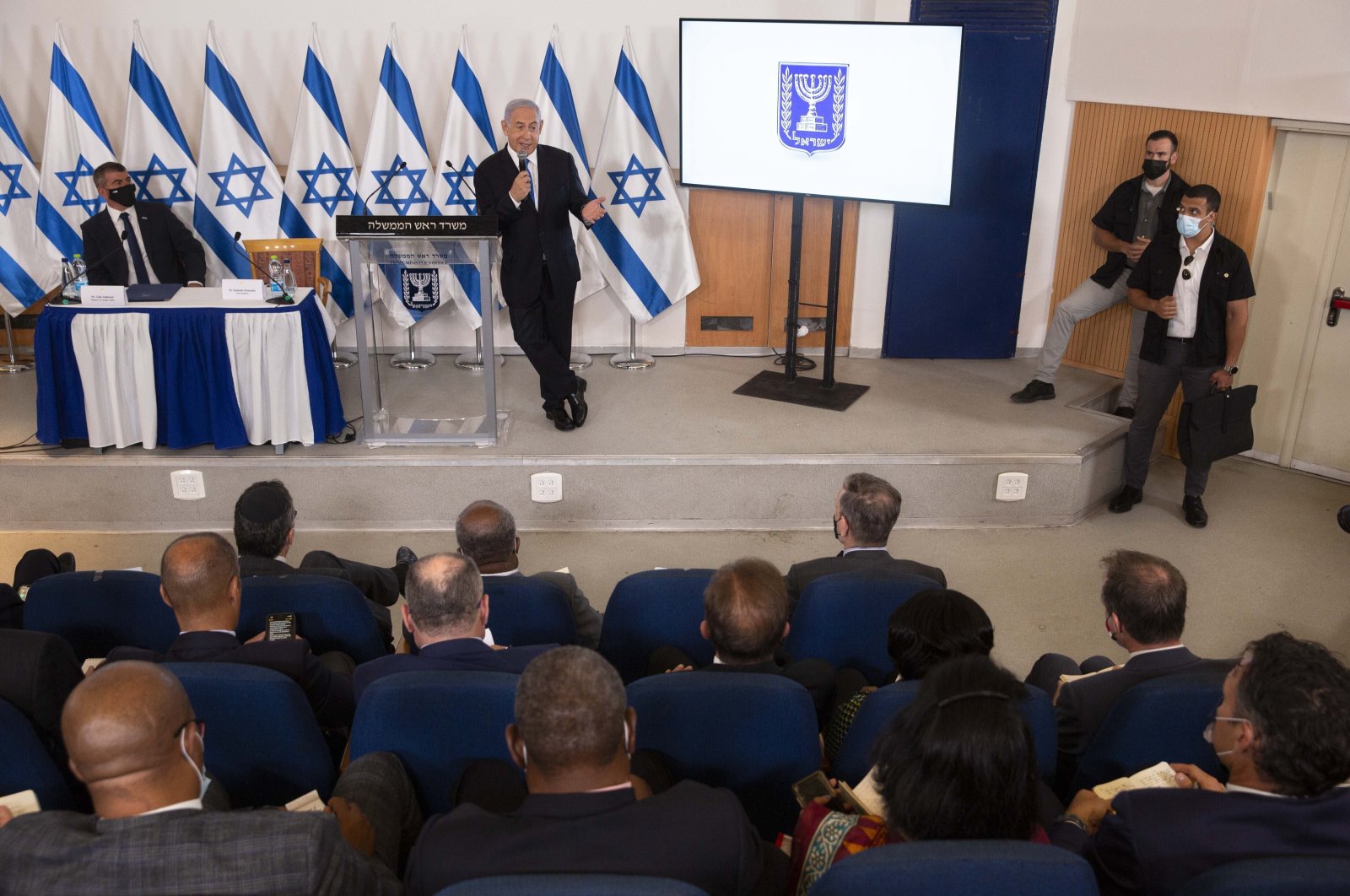 Israeli Prime Minister Benjamin Netanyahu speaks during a briefing to ambassadors to Israel at the Hakirya military base in Tel Aviv, Israel, May 19, 2021. (AP File Photo)
by Agencies May 25, 2021 10:06 am

At a ceremony in which he bestowed the Prime Minister's Award for exceptional Mossad officers, Netanyahu said Mossad's top task is to prevent Iran from acquiring nuclear weapons.

"Whether an agreement has been reached (with Iran) or not, we will do everything to prevent Iran from acquiring nuclear weapons, because the issue revolves around our very existence. This is your first mission," he added.

Barnea, who has been working in Mossad for 25 years, also served in the Sayeret Matkal special operations force of the Israeli Army.

Barnea will succeed outgoing spymaster Yossi Cohen, who took office in 2016 and will retire on June 1 after five and a half years.

For security reasons, Netanyahu could only specify that Cohen's successor's name begins with a "D."