Violence flares in Afghanistan with deadly attacks on hospital, funeral 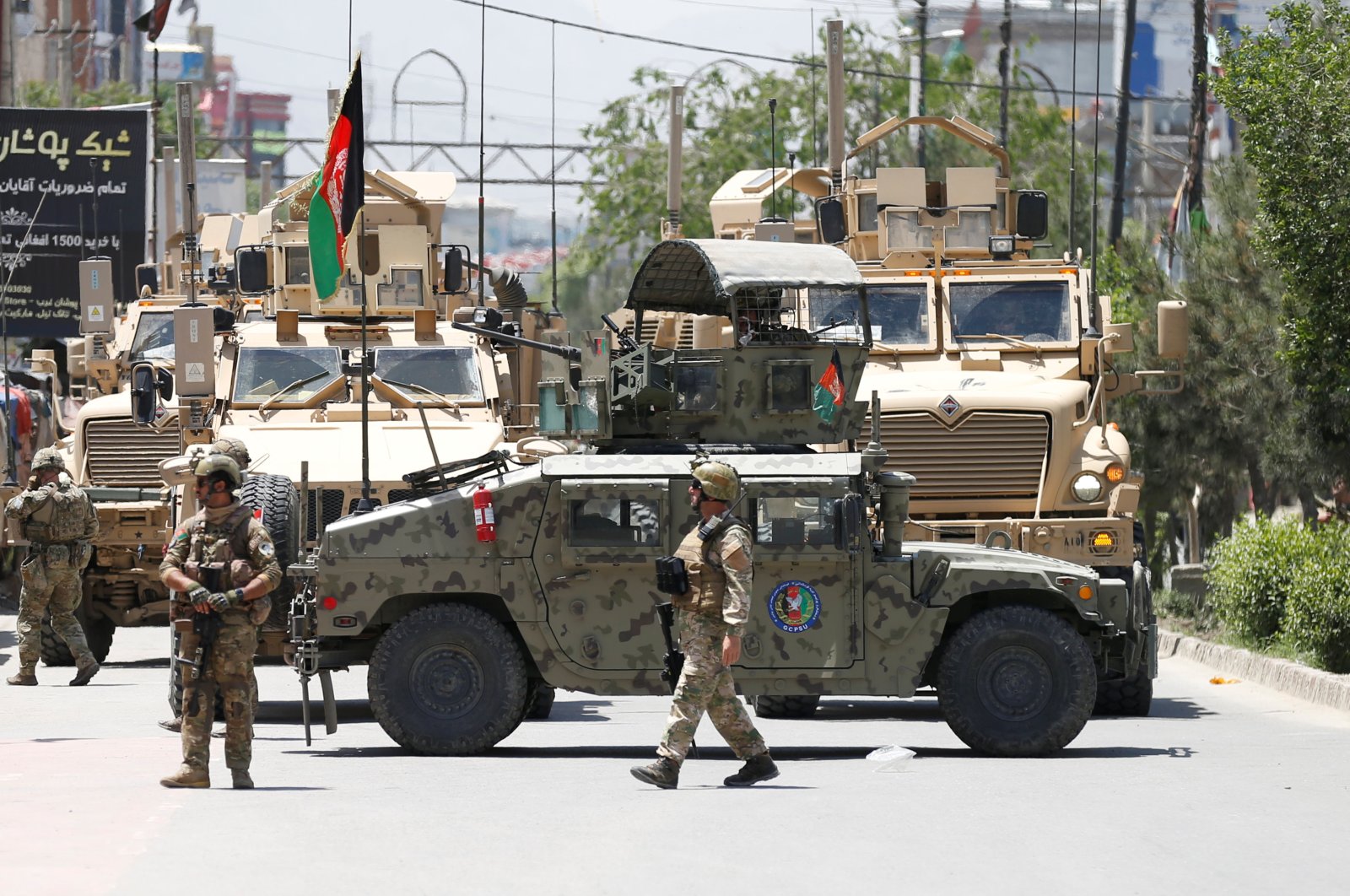 Afghan security forces stand guard outside a hospital which came under attack, Kabul, May 12, 2020. (REUTERS Photo)
by Compiled from Wire Services
May 12, 2020 2:35 pm

Gunmen stormed a maternity hospital in the western part of Kabul on Tuesday, setting off a shootout with the police and killing 14 people, including two newborns.

The facility, which has a large maternity ward, is located in the west of the city, home to the capital's minority Shiite Hazara community, a frequent target of militants from the Daesh terrorist group.

The day's spasm of violence extended beyond the Afghan capital. A suicide bomber in eastern Nangarhar province – a hotbed of Daesh – targeted a funeral ceremony, killing 15 people and wounding at least 40. Also Tuesday, a bomb planted in a cart in a market in eastern Khost province killed a child and wounded 10 people.

The violence comes just a day after four roadside bombs exploded in a northern district of Kabul, wounding four civilians including a child. The bombings were later claimed by Daesh, according to the SITE intelligence group. They were just the latest in a string of Daesh attacks on the capital. In March, at least 25 people were killed by a gunman at a Sikh temple in Kabul, which was later claimed by the group.

Both the Taliban and the Daesh frequently target Afghan military and security forces, as well as civilians. The Taliban later denied they were involved. The violence could further undermine a peace process in the wake of a deal signed between the United States and the Taliban in February, which envisages the start of talks among key Afghan figures, including government representatives, and the Taliban. Relentless attacks have also left Afghan authorities ill-prepared to face the onset of the coronavirus pandemic, which has infected more than 4,900 people in the country and killed at least 127.