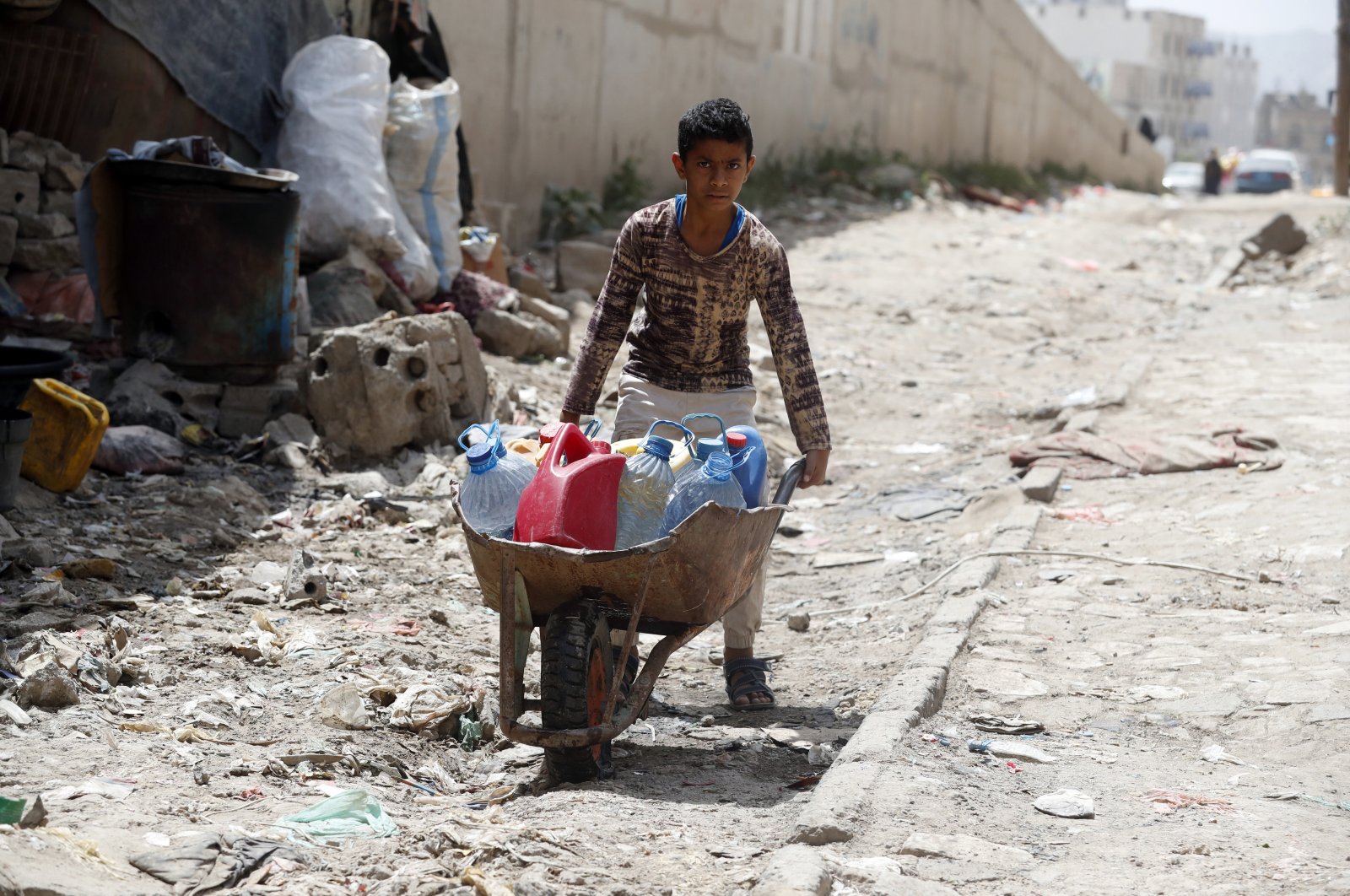 The U.N. humanitarian chief warned that without massive financial support, Yemen will “fall off the cliff,” with many more people starving to death, succumbing to COVID-19, dying of cholera and watching their children die because they haven’t been immunized for killer diseases.

Mark Lowcock told a closed Security Council meeting Wednesday that COVID-19 is spreading rapidly across Yemen and about 25% of the country’s confirmed cases have died — “five times the global average.”

“With the health system in collapse, we know many cases and deaths are going unrecorded,” he said. “Burial prices in some areas have increased by seven times compared to a few months ago.”

Lowcock said the coronavirus “is adding one more layer of misery upon many others” including “appalling multi-casualty incidents” and the country’s economy, which is “heading for an unprecedented calamity.” He pointed to the rapid depreciation of the Yemeni currency, the rial, a 10% to 20% rise in food prices in just two weeks, and the best available data indicate remittances may have already fallen between 50% and 70%.

A virtual pledging conference for Yemen hosted by the U.N. and Saudi Arabia on June 2 saw 31 donors pledge $1.35 billion for humanitarian aid, including about $700 million in new funds, Lowcock said.

“That’s only about half of what was pledged last year,” he said, and far below what’s needed to keep humanitarian programs going.

“Reduced pledges from the Gulf region account for essentially all of the reduction,” said Lowcock, whose speech was distributed by his office.

“Water and sanitation programs that serve 4 million people will start closing in several weeks,” he said. “About 5 million children will go without routine vaccinations, and by August, we will close down malnutrition programs.”

A wider health program that helps 19 million people will stop, too, he said.

“We have never before seen in Yemen a situation where such a severe acute domestic economic crisis overlaps with a sharp drop in remittances and major cuts to donor support for humanitarian aid – and this of course is all happening in the middle of a devastating pandemic,” Lowcock said.

He urged donors to turn pledges into cash and consider increasing the amount, and in addition “to provide predictable foreign exchange injections to avoid total economic collapse.”

“There is a stark choice before the world today: support the humanitarian response in Yemen and help to create the space for a sustainable political solution. Or watch Yemen fall off the cliff," Lowcock said.

U.N. Secretary-General Antonio Guterres called Tuesday for more pressure to be applied to Yemen’s warring parties to come together to arrange a cease-fire in the war that has cost more than 10,000 lives, displaced 2 million people, and sparked the world’s worst humanitarian disaster.

Yemeni people are “suffering terribly” and COVID-19 is worsening their situation, Guterres said in an interview with The Associated Press before the closed Security Council briefings by U.N. special envoy to Yemen Martin Griffiths and Lowcock.

In 2014, Iranian-backed Shiite Houthi rebels overran the capital, Sanaa, and much of Yemen’s north, driving the government of President Abed Rabbo Mansour Hadi into exile. A U.S.-backed, Saudi-led coalition intervened the following year to try and restore Hadi’s rule.

The war has settled into a stalemate, compelling major regional players to seek an exit.

Guterres said the United Nations has been working to bring the parties together and has been promoting “confidence-building measures, namely in relation to the use of the airport, the harbors, the payment of salaries and at the same time the beginning of a political process.”