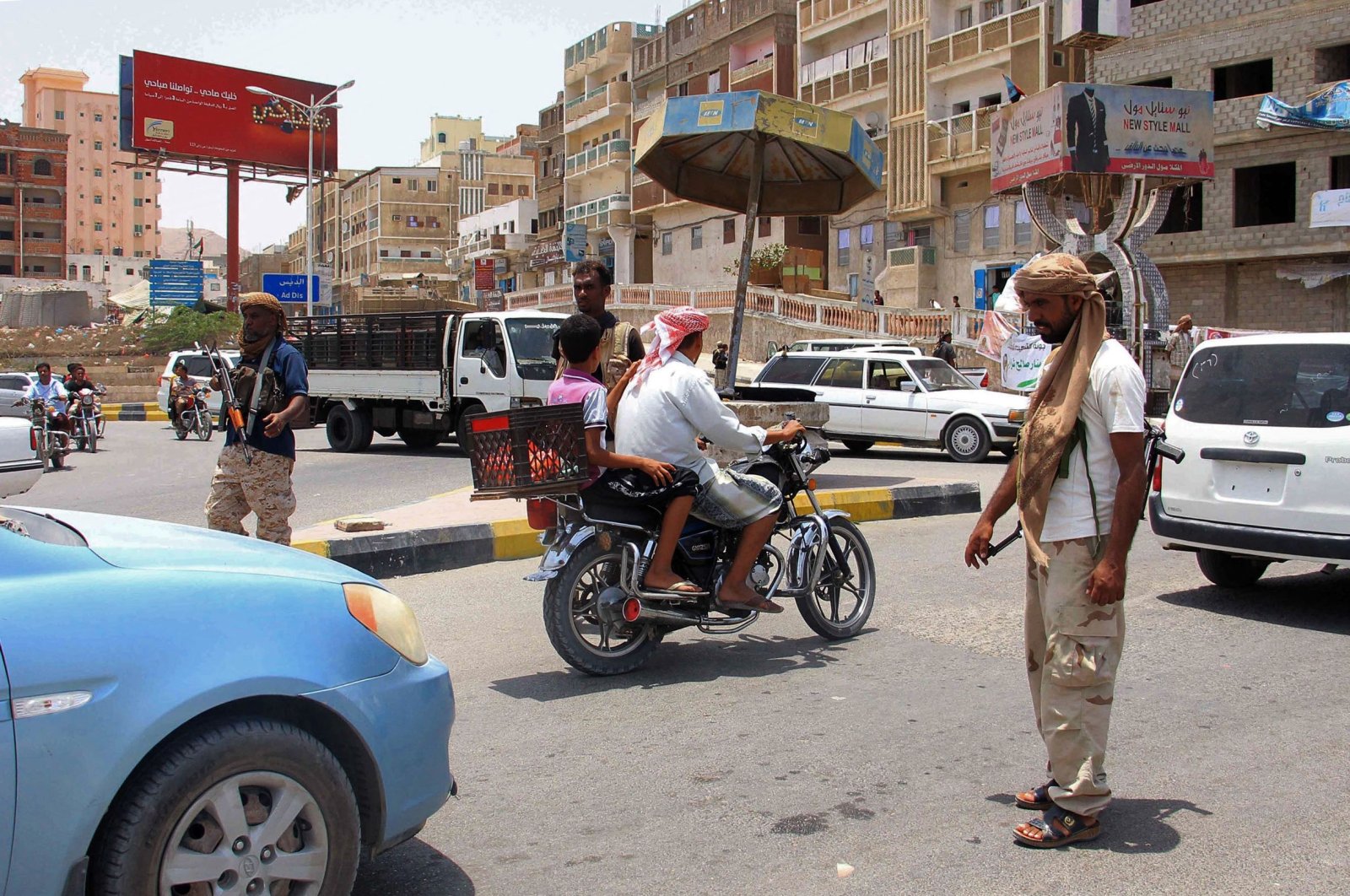 Yemeni security forces inspect vehicles at a checkpoint in Mukalla, the capital of Yemen's southeastern Hadramawt province, a day after 11 people were killed and 18 were wounded in twin bombings in the area, July 19, 2016. (AFP Photo)
by REUTERS Mar 16, 2021 1:02 pm
RECOMMENDED

Most of Aden is controlled by forces of the UAE-backed separatist Southern Transitional Council (STC), which had fought the government of Abd-Rabbu Mansour Hadi in the past.

Abdul Malik's Cabinet was formed last year to unite the STC with Hadi's government and fulfill a Saudi aim of ending a feud among Riyadh's allies.

The two groups are the main Yemeni factions in a Saudi-backed alliance fighting the Houthis, who control the north, including the capital Sanaa. Tuesday's protest broke out over public services and after the government failed to pay salaries of retired soldiers, the witnesses said.

Footage on social media showed Aden's security chief, Mathar al-Shaebe, negotiating with a group of protesters and asking them to leave the security perimeter of Maasheq Palace.

The Houthis seized control of Sanaa in September 2014, forcing the then government into exile in Riyadh and Aden. In March the following year, the Saudi-led coalition launched a campaign to try to restore Hadi's government, carrying out thousands of air raids.

The conflict of more than six years in Yemen has pushed the impoverished country to the brink of famine and wrecked its health facilities. The United Nations has described Yemen as the world's biggest humanitarian crisis.