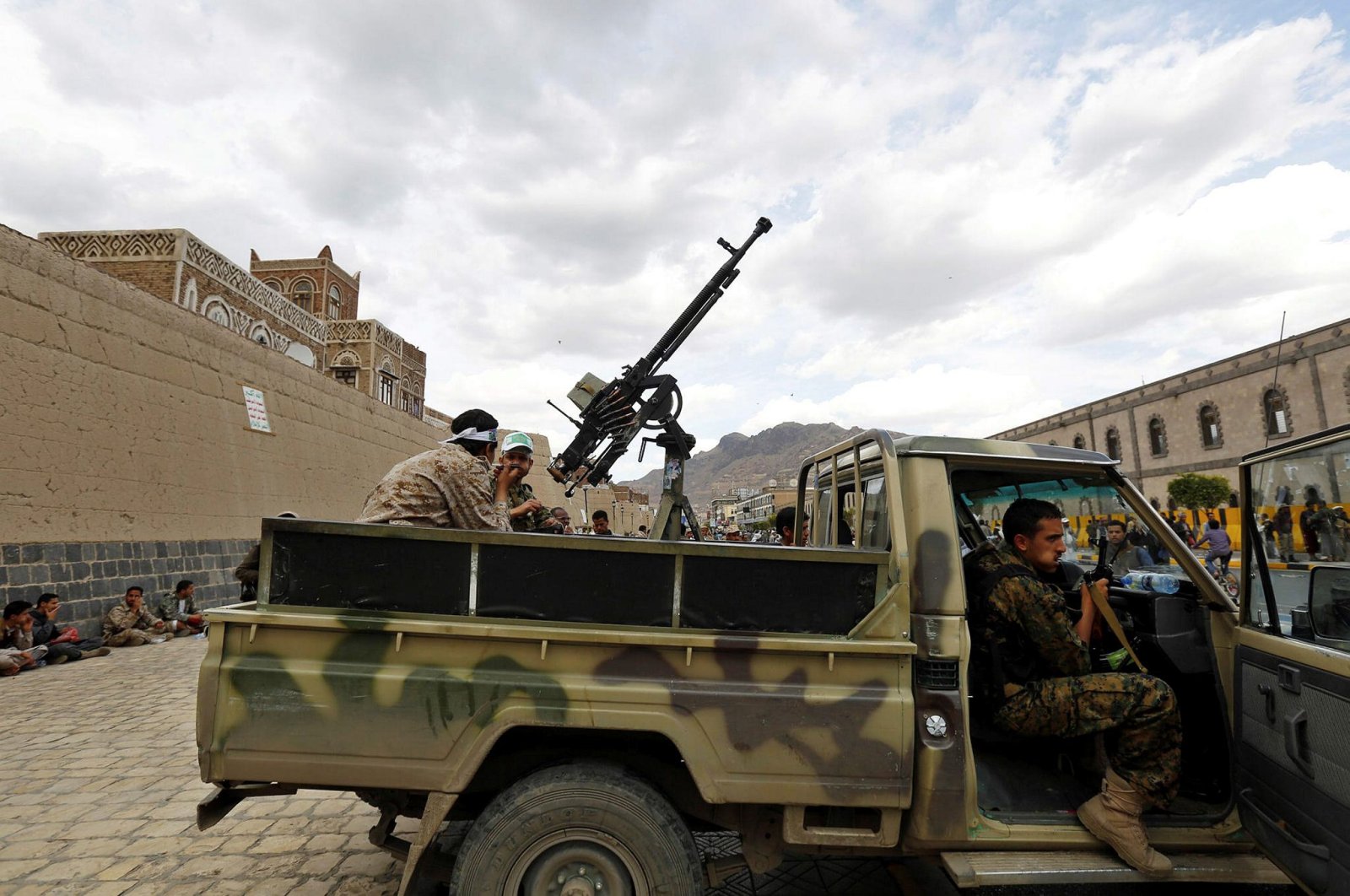 This undated file photo shows Yemen's Houthi fighters manning a heavy machine gun fixed on the back of a pickup truck. (File Photo)
by Agencies May 27, 2020 11:13 am
RECOMMENDED

Yemen's defense minister and army chief of staff survived a missile attack at a military base of the Saudi-backed government in Marib province, northeast of the capital Sanaa, on Tuesday.

Eight others, including the son and a nephew of Chief of Staff Lt. Gen. Sagheer bin Aziz, were killed in the attack, according to military sources.

This occurred during a meeting between Aziz, Defense Minister Mohammed Ali Al-Maqdashi and several Yemeni commanders.

The United Nations has been trying to hold virtual talks between the warring parties to forge a permanent cease-fire, agree on a coordinated coronavirus response and restart peace talks stalled since late 2018.

The U.N. Office for the Coordination of Humanitarian Affairs (OCHA) said Friday that the coronavirus is spreading throughout the country, which has limited testing capabilities and whose malnourished population has among the world's lowest immunity levels to disease.

Yemen has been divided between the Saudi-backed government in the south and the Houthi movement based in the north since the group ousted the government from power in the capital, Sanaa, in late 2014, prompting the coalition to intervene a few months later.

The government has reported 249 infections with 48 deaths from the virus, while the Houthis, who hold most of the large population centers, announced four cases with one death, all in Sanaa.

The OCHA has said actual numbers are much higher and that Yemen's war-ravaged health system has in effect collapsed.