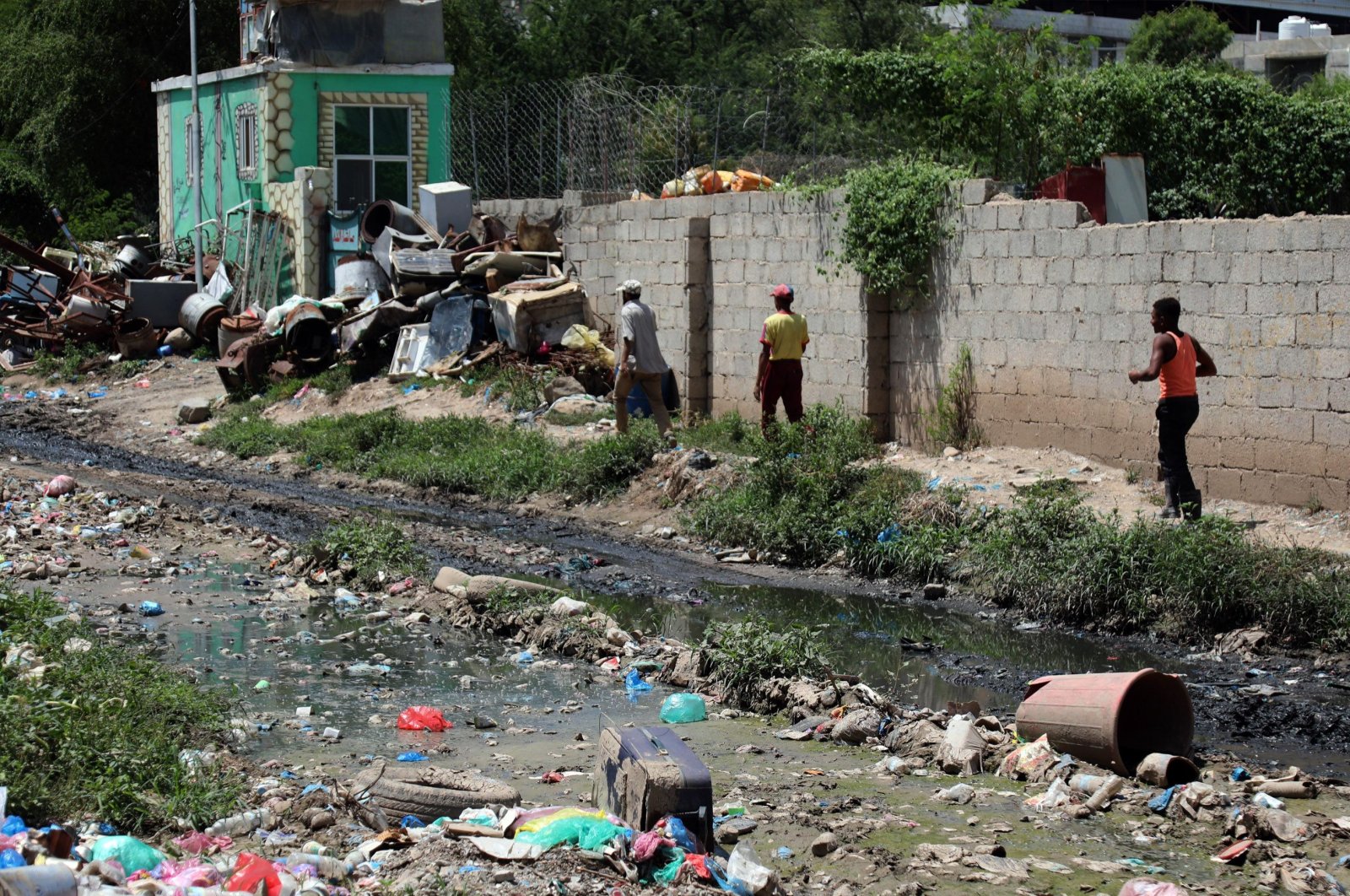 With around 2,000 days passing since an Arab coalition led by Saudi Arabia launched a military offensive in Yemen to support its legitimate government against the Iranian-backed Houthi militia, little has changed as political infighting and a humanitarian crisis drag on in one of the region's poorest countries.

The military intervention was launched on March 25, 2015, at the request of President Abed Rabbo Mansour Hadi, who was exiled by the Houthis from the capital Sanaa after it fell under the control of the Shiite militia on Sept. 21, 2014.

It was initially welcomed by many Yemenis, who hoped the Houthis' reign would end in a few weeks.

While the Arab coalition, government forces and other militias it backed have been able to retake some governorates mainly in the south, west and southwest, the Houthis still control most of the northern governorates such as Ibb, Dhamar, Amran and Raymah.

The southern port city of Aden has been Yemen's temporary capital after it was liberated by government forces with the support of the coalition in July 2015.

The conflict, however, has been protracted and shows no signs of slowing down. Military confrontations have intensified in the past couple of weeks on several fronts, most notably in the oil-rich Marib Governorate, located 120 kilometers (74 miles) east of Sanaa. Attempts by the Houthis to take control of the city from the Yemeni government have been futile so far.

Since the beginning of this year, the government's forces have suffered major setbacks on the ground in confrontations against the Houthis.

The Arab coalition's main goal of fully reinstating the legitimate government of Yemen and relocating the capital to Sanaa remains far-fetched. In January, the Houthis took control of most of Nihm district, the eastern gate to Sanaa, from the Yemeni army, with both sides suffering losses.

The Houthis have continued to advance, taking control of the city center of the Al-Jawf Governorate as well as the strategic Qania front in the Al-Bayda Governorate, one of the gateways to Marib, the last government stronghold in the north.

The coalition launched a large number of airstrikes on Yemeni areas, some of which killed civilians, while others killed soldiers among the forces supported by the coalition.

In March this year, the Houthis claimed through their military spokesperson Yahya Saree that the coalition had launched more than 257,000 airstrikes on Yemen since the start of the intervention.

On the other hand, the group reported that it had launched more than 410 ballistic missiles at vital Saudi installations.

The coalition said in June that it had intercepted 313 ballistic missiles launched against its territories while 357 unmanned drones have also been brought down and destroyed.

Perhaps the most prominent airstrike carried out by the coalition was the one that killed Saleh al-Samad, the head of the so-called Supreme Political Council of the Houthis, in April 2018 when his car was targeted in the port city of Hodeida.

The attacks led to a temporary halt of about 5.7 million barrels per day of crude supplies, or around half of Aramco's production, in addition to 2 billion cubic feet of associated gas.

The coalition has been accused of deviating from its primary goal of restoring the legitimate government of Yemen and liberating territories under Houthi control to resorting to the "liberating of the liberated," or military expansion into areas in the east of the country not under the Houthi administration.

Yemenis, including government officials, have frequently criticized Saudi Arabia and the United Arab Emirates (UAE), as they sent forces to areas far from the influence of the Houthis, especially in the governorates of Socotra and Al-Mahrah.

While the United Nations and international diplomatic efforts have been pushing for a political solution, the war in Yemen continues and has become more complex.

To this day, there is neither victor nor loser.

Yemeni citizens continue to pay the price in a war that has resulted in the world's worst humanitarian crisis as millions are on the brink of starvation.

There is no end in sight to the war in the country.