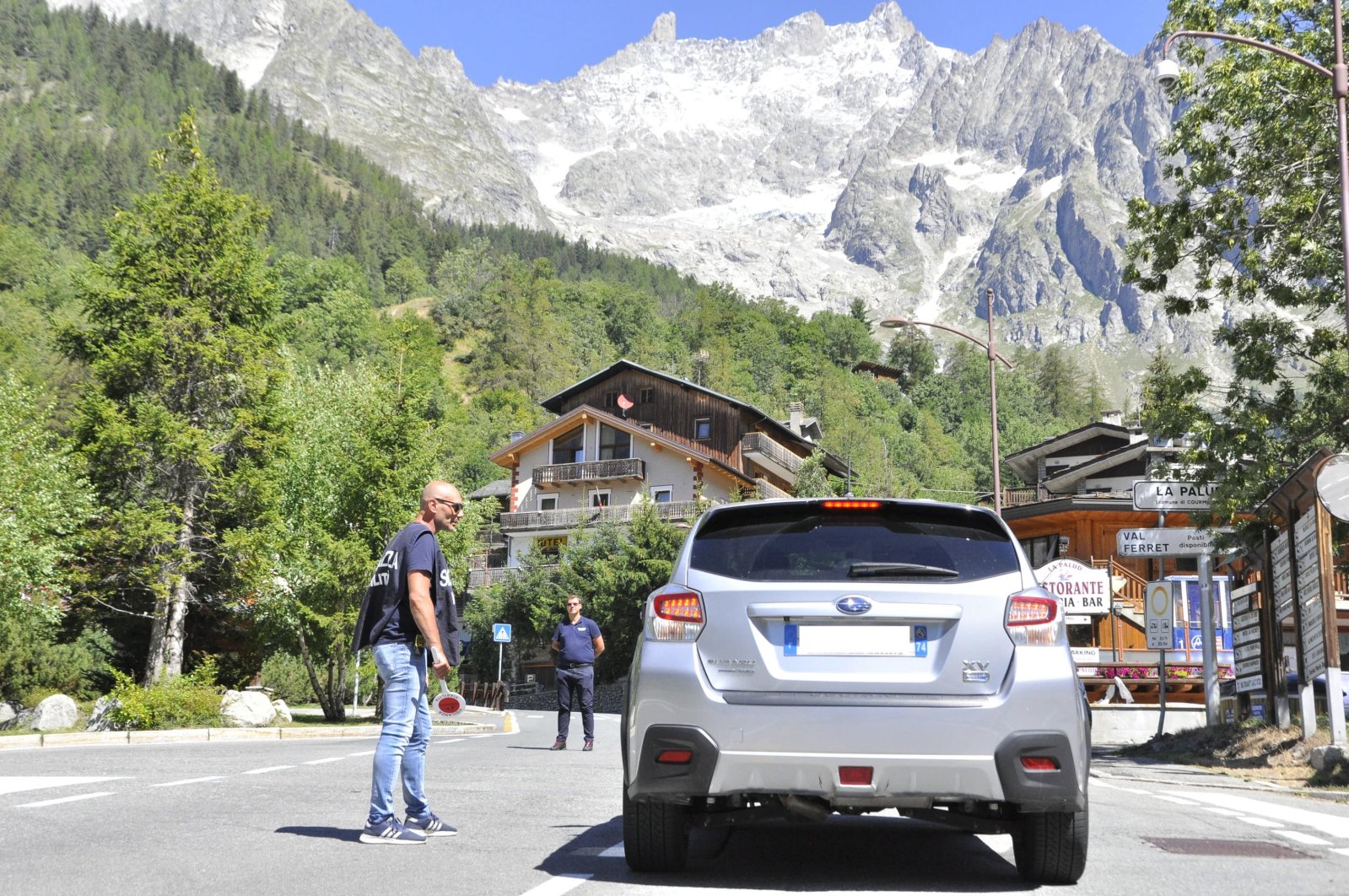 Residents and tourists who occupy about 30 houses in the lower part of the Val Ferret (Courmayeur) began evacuating this morning due to the alert for the collapse of a part of the Planpincieux glacier in Aosta Valley region, northwestern Italy, Aug. 6, 2020. (EPA Photo)
by ASSOCIATED PRESS Aug 07, 2020 7:54 pm
RECOMMENDED

Experts were closely monitoring a Mont Blanc glacier on Friday, a day after they evacuated 75 tourists and residents amid fears the glacier could soon break apart and crash into a popular Italian Alpine valley.

Valerio Segor, a glacier expert in Valle d’Aosta, a region in northwestern Italy, told reporters on Friday that the next 72 hours were critical for the Planpincieux Glacier, which lies under a massif on the Italian side of Mont Blanc, the highest mountain in the Alps.

Those forced to evacuate came from homes and holiday lodgings in the Ferret Valley in the shadow of the glacier. Tourists on Friday were barred from entering the scenic valley.

The glacier’s size has been likened to that of a soccer field under an 80-meter (265-foot) high mass of ice. Abrupt shifts in temperature from hot to cold to hot again are being blamed for the precarious state of the glacier, which Segor says has a stream of water running beneath it.

Lately, Planpincieux has been creeping downward at the rate of about 80-100 centimeters (32-40 inches) each day, Segor said.

The Corriere della Sera newspaper quoted glacier expert Fabrizio Troilo as saying there is "the danger it could give way in an instant.”

Corriere said an Alpine refuge was still open for climbers who come from the French side of Mont Blanc, which is known in Italy as Monte Blanco.