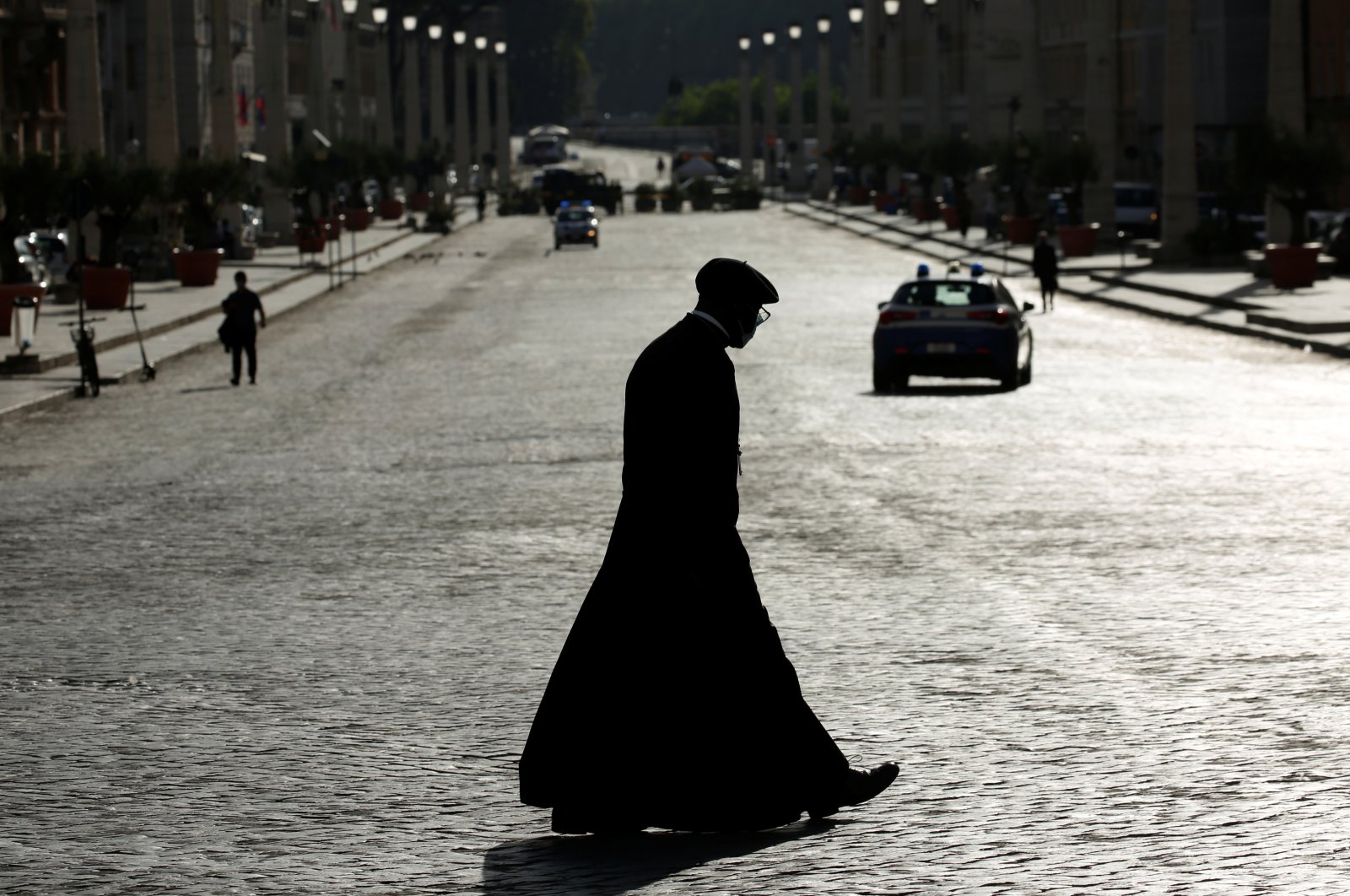 A priest is silhouetted along Via della Conciliazione street, near Vatican City, at the first weekly general audience led by Pope Francis, open to the public for the first time since the global outbreak of COVID-19, in Rome, Italy, Sept. 2, 2020. (Reuters Photo)
by Agencies Sep 07, 2020 5:45 pm
RECOMMENDED

A Catholic priest recently tapped by Pope Francis to be made a bishop for a Minnesota diocese left the priesthood following child abuse accusations Monday, less than three months after his appointment.

The Vatican announced without giving details Monday that Francis had accepted the resignation of Bishop-elect Michel Mulloy, who was named by the pope in June to head the Duluth diocese.

The Vatican did not mention a motive for the resignation, which was explained in a separate statement by the Diocese of Rapid City, South Dakota.

It said it had "received notification of an allegation against Father Mulloy of sexual abuse of a minor in the early 1980s" on Aug. 7, two months after Mulloy was named bishop of Duluth, Minnesota.

An independent commission was set up to scrutinize the allegation, which was considered worthy of further investigation under canon law and hence flagged up to the Vatican.

Mulloy resigned after he was informed of the developments, the diocese said.

The 66-year-old served as a priest in Rapid City before Francis promoted him to the bishopry on June 19.

He was due to be formally instated on Oct. 1. The Rapid City diocese said that Bishop Peter Muhich had informed law enforcement of the development and that Mulloy was "directed to refrain from engaging in ministry.”

"The diocese then commissioned an independent investigation to determine whether the allegation warranted further investigation under Cannon (church) Law,'' the Rapid City diocese statement said. It added that that stage led to the finding that ”the accusation met the standard for further investigation and conclusion and the Holy See was informed" by Muhich.

The Rapid City diocese said Mulloy received a summary of the specific allegation and submitted his resignation as bishop-elect to the pope.

The Catholic Church's reputation has for decades been tarred by worldwide cases of clerical child abuse and cover-up, especially in the U.S.