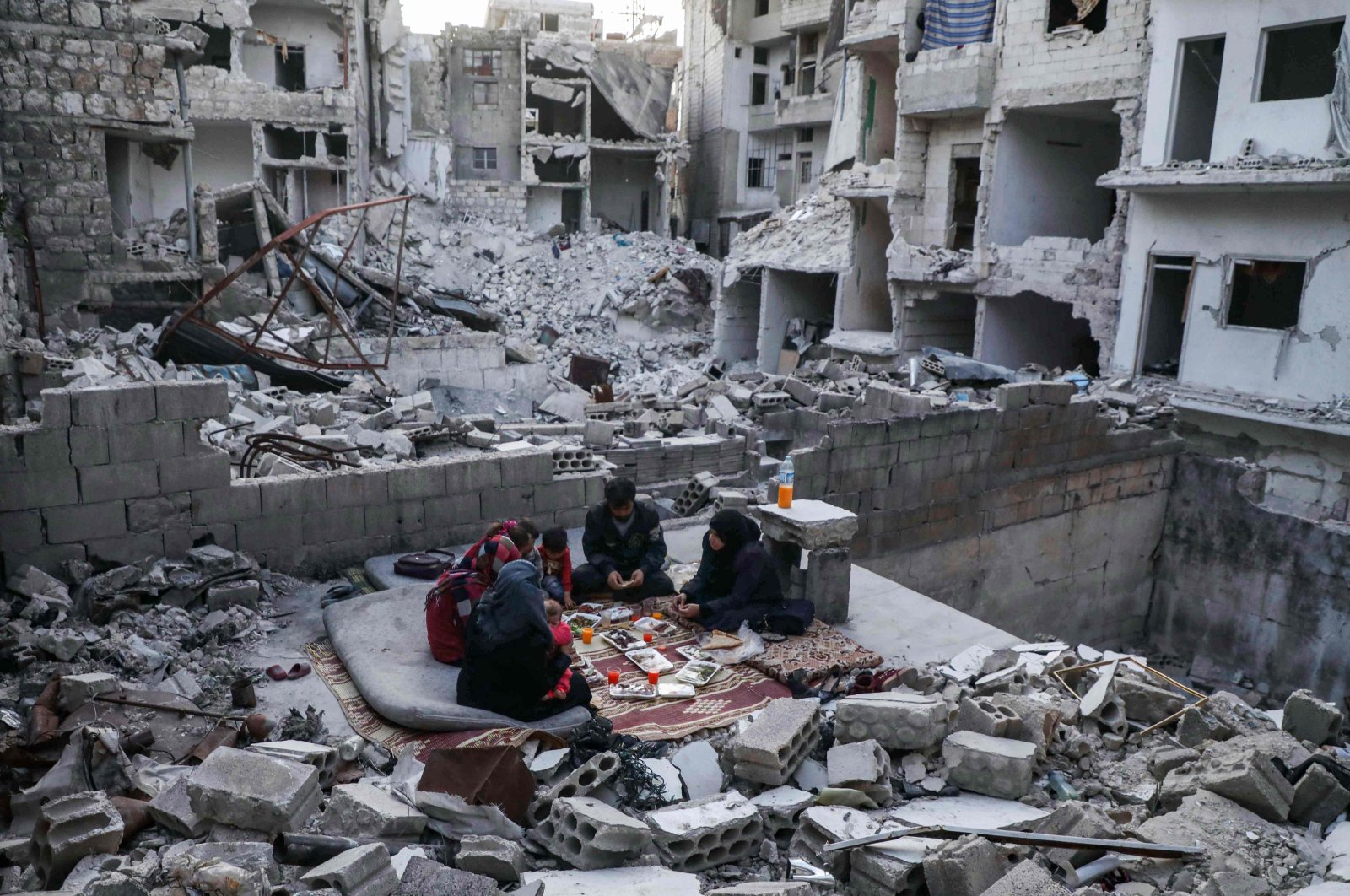 Members of a displaced Syrian family from the town of Ariha in the southern countryside of the Idlib province in Syria, breaking their fast together for the iftar meal during the Muslim holy fasting month of Ramadan, May 4, 2020. (AFP Photo)
by French Press Agency - AFP Dec 09, 2020 8:20 am
RECOMMENDED

Despite calls for cease-fires and compassion amid the COVID-19 pandemic, violence and persecution have continued to force people from their homes, with record numbers now displaced, the United Nations said Wednesday.

By the end of 2019, 79.5 million people were living uprooted and displaced, including nearly 30 million refugees – more than 1% of the world's population.

And the U.N. refugee agency said preliminary figures showed more people had been forced to flee in 2020, pushing the number past 80 million.

"We are now surpassing another bleak milestone that will continue to grow unless world leaders stop wars," UNHCR chief Filippo Grandi said in a statement.

U.N. Secretary-General Antonio Guterres called in March for a global cease-fire while the world fights the pandemic, which has now killed more than 1.5 million people.

But while some factions heeded the call, UNHCR said preliminary figures through the first half of 2020 showed that violence in Syria, the Democratic Republic of Congo, Mozambique, Somalia and Yemen drove fresh displacement.

"With forced displacement doubling in the last decade, the international community is failing to safeguard peace," Grandi lamented.

The U.N. agency pointed out that instead of calming conflict, the coronavirus crisis had "disrupted every aspect of human life and severely worsened existing challenges for the forcibly displaced and stateless."

It pointed out that some of the measures to curb the spread of COVID-19 had made it more difficult for refugees to reach safety.

At the peak of the first wave of transmission back in April, for instance, 168 countries fully or partially closed their borders, including 90 that made no exception for people seeking asylum.

Since then though, 111 countries have found "pragmatic solutions" to ensure asylum processes can remain functional, UNHCR said.

Despite this, new asylum applications dropped by a third during the first half of the year compared with the same period in 2019.

At the same time, the number of vulnerable refugees resettled to third countries was slashed in half, to just 17,400 in the first half of the year.