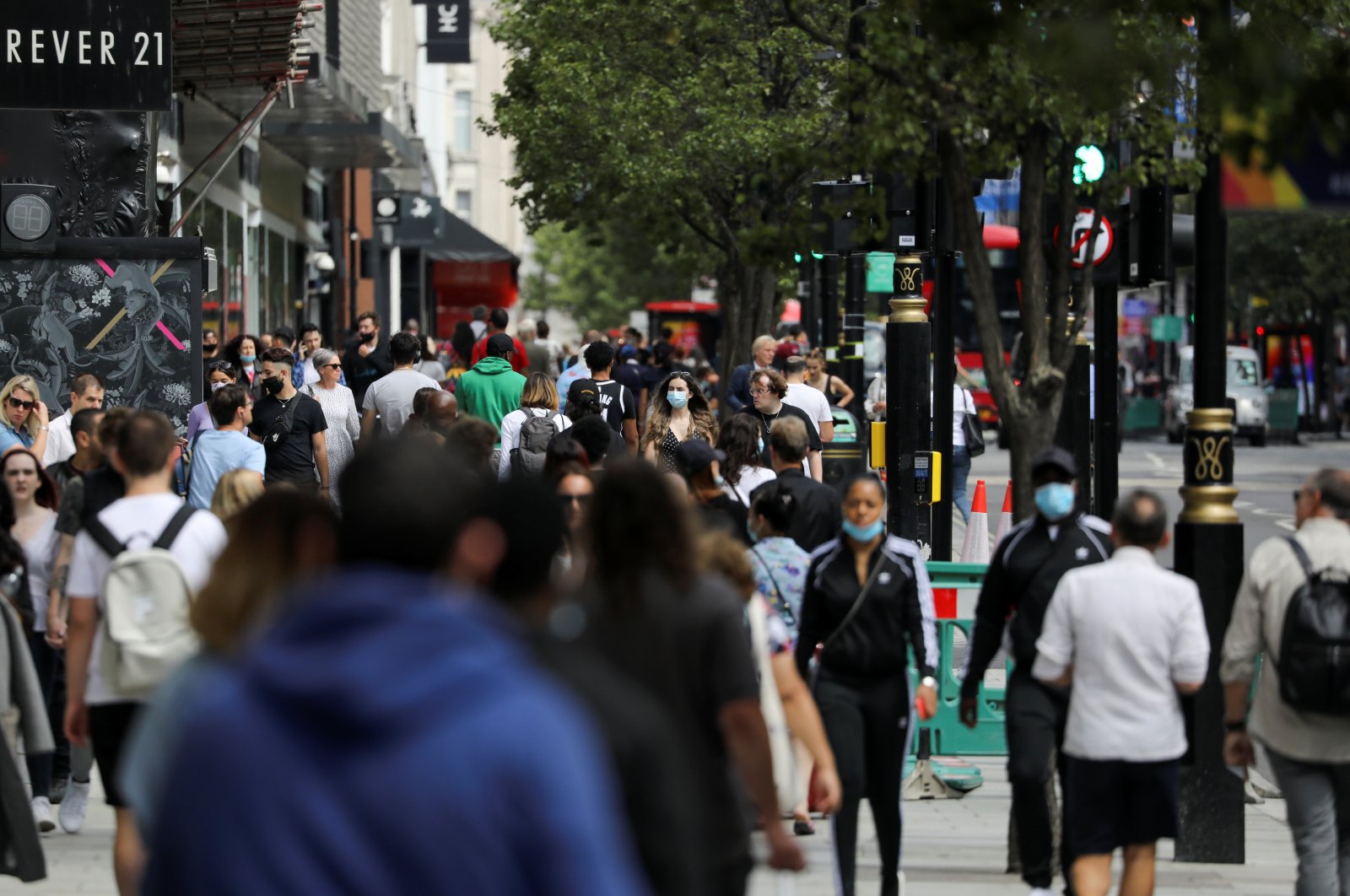 People, some of them wearing protective masks, walk down Oxford Street as the spread of the coronavirus disease (COVID-19) continues, in London, Britain July 24, 2020. (REUTERS Photo)
by French Press Agency - AFP Jul 26, 2020 9:54 am

The global number of coronavirus cases crossed 16 million on Sunday, more than half of them in the Americas and the Caribbean, according to an AFP tally from official sources at 0510 GMT.

The spread of the pandemic continues to accelerate and more than five million cases have been declared since July, which represents a third of the total number of cases since the pandemic began.

The World Health Organization says more than a million cases had been recorded in each of the last five weeks, with over 280,000 being reported on July 24 alone.

The country with the highest number of deaths compared to its population is Belgium with 85 fatalities per 100,000 inhabitants, followed by Britain with 67, Spain 61, Italy 58, and Sweden 56.

The spiralling numbers are particularly worrying because the tallies, using data collected by AFP from national authorities and information from the WHO, probably reflect only a fraction of the actual number of infections.

Many countries are testing only symptomatic or the most serious cases while others still have limited testing capacity.