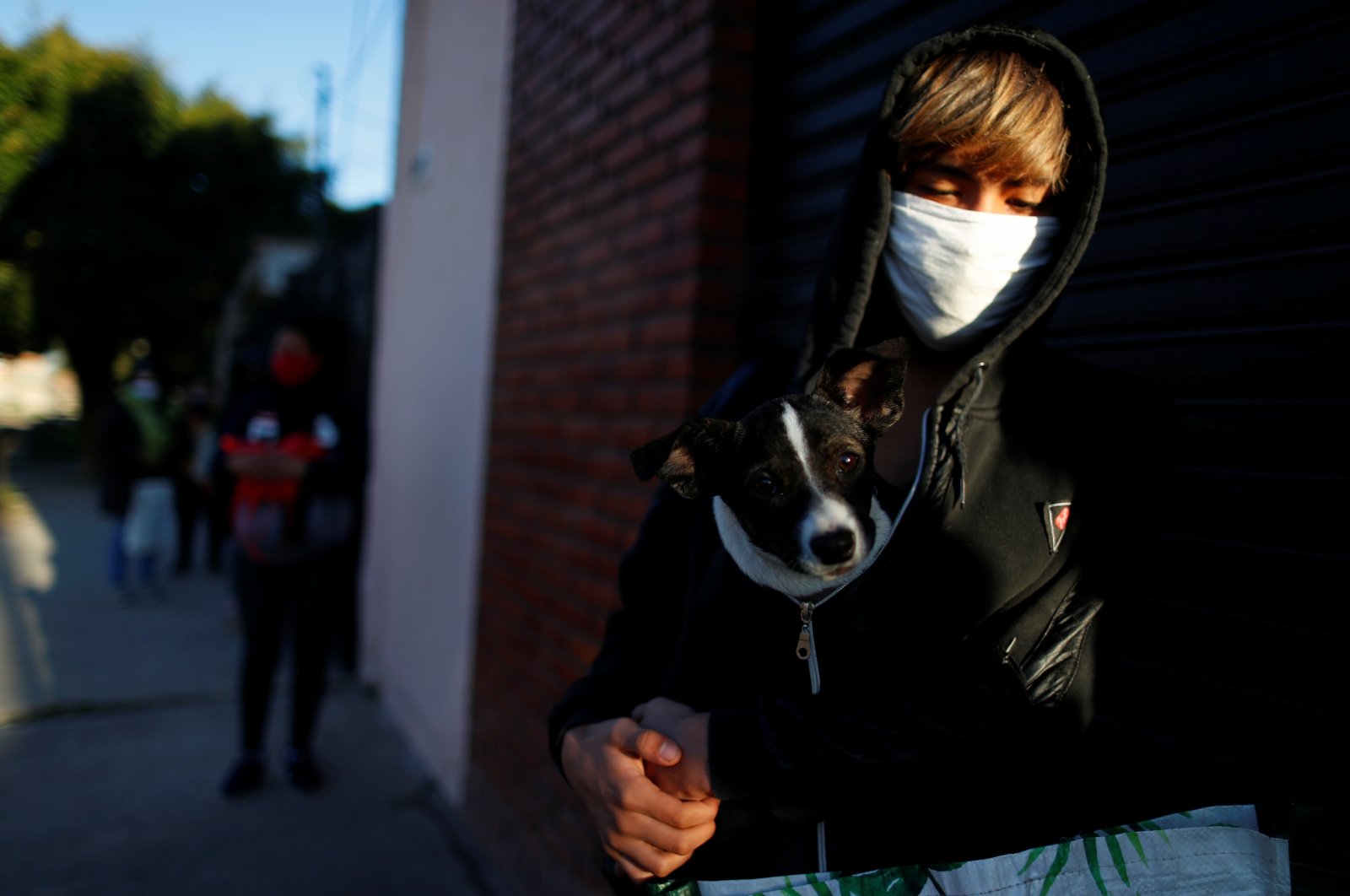 The coronavirus pandemic has killed more than 700,000 people worldwide since it first emerged in China in December, according to an Agence France-Presse (AFP) tally compiled from official sources Wednesday.

The number of deaths from COVID-19 has doubled since May 26, and some 100,000 fatalities have been registered in just under three weeks.

France and the Netherlands imposed stricter mask-wearing rules Wednesday amid signs that the coronavirus pandemic is flaring up again across the globe, with the worldwide death toll exceeding 700,000.

Toulouse in southwest France announced that the wearing of face masks is compulsory in particularly busy streets and squares from Wednesday.

Meanwhile, Paris and other cities are expected to follow suit soon, authorities said. People already have to wear them inside most private businesses and all public buildings in France. A scientific committee advising the French government warned that the country could lose control of its spread "at any time."

In the Netherlands, similar mask-wearing measures come into force in Rotterdam and in some busy neighborhoods of Amsterdam, including its famous red-light district.

Ireland has postponed the reopening of pubs and other nightspots on the advice of scientists, concerned about rising infections.

In the Philippines, millions of people have been ordered to stay home in a bid to contain the rising rate of infections, and relieve pressure on overwhelmed hospitals. More than 27 million people on the main island of Luzon, including the capital Manila, went back into a partial lockdown.

People have been told to stay home unless going out to buy essential goods, for exercise or for work, after the number of recorded infections surged past 100,000.

But with only 24 hours' notice of the shutdown, many people were stranded in Manila, unable to get back to their hometowns after public transport and domestic flights were halted.

Far from slowing down, the latest figures show that the rate of infection is accelerating across the globe.

Brazil is driving a surge in Latin America and the Caribbean, where infections passed 5 million on Monday. South America's largest country has recorded more than 2.75 million cases and nearly 96,000 deaths, almost half the region's 203,800 fatalities.

In Afghanistan, the health ministry said Wednesday that nearly a third of the population, or 10 million people, has been infected with the coronavirus. The figure comes from a survey based on antibody tests on around 9,500 people across the country.

In South Africa, the hardest-hit country in Africa, some 24,000 health workers have contracted the coronavirus and 181 have died since March, Health Minister Zweli Mkhize announced Wednesday.

Unions in South Africa have been raising concerns about safety in hospitals since the start of the pandemic, as well as the availability, quality and size of protective gear. The number of infected health care workers translates to around 5% of South Africa's overall caseload, which has been rising rapidly in recent weeks.

The world's hope of ending the current cycle of outbreaks and lockdowns rests on finding a treatment.

The U.S. announced Tuesday it had begun late-stage clinical trials into a drug it hopes will be an antibody against the coronavirus.

The phase-three trial will initially enroll some 300 volunteers around the world who have been hospitalized with mild to moderate COVID-19 with fewer than 13 days of symptoms.

Russia has said it aims to launch mass production of a vaccine in September and turn out "several million" doses per month by next year.

In response, the World Health Organization (WHO) urged Russia to follow the established guidelines for producing safe and effective vaccines.

The agency's chief Tedros Adhanom Ghebreyesus called on countries to focus on basic suppression measures, such as contact tracing, maintaining physical distance and wearing a mask.

"There's no silver bullet at the moment and there might never be," he warned.