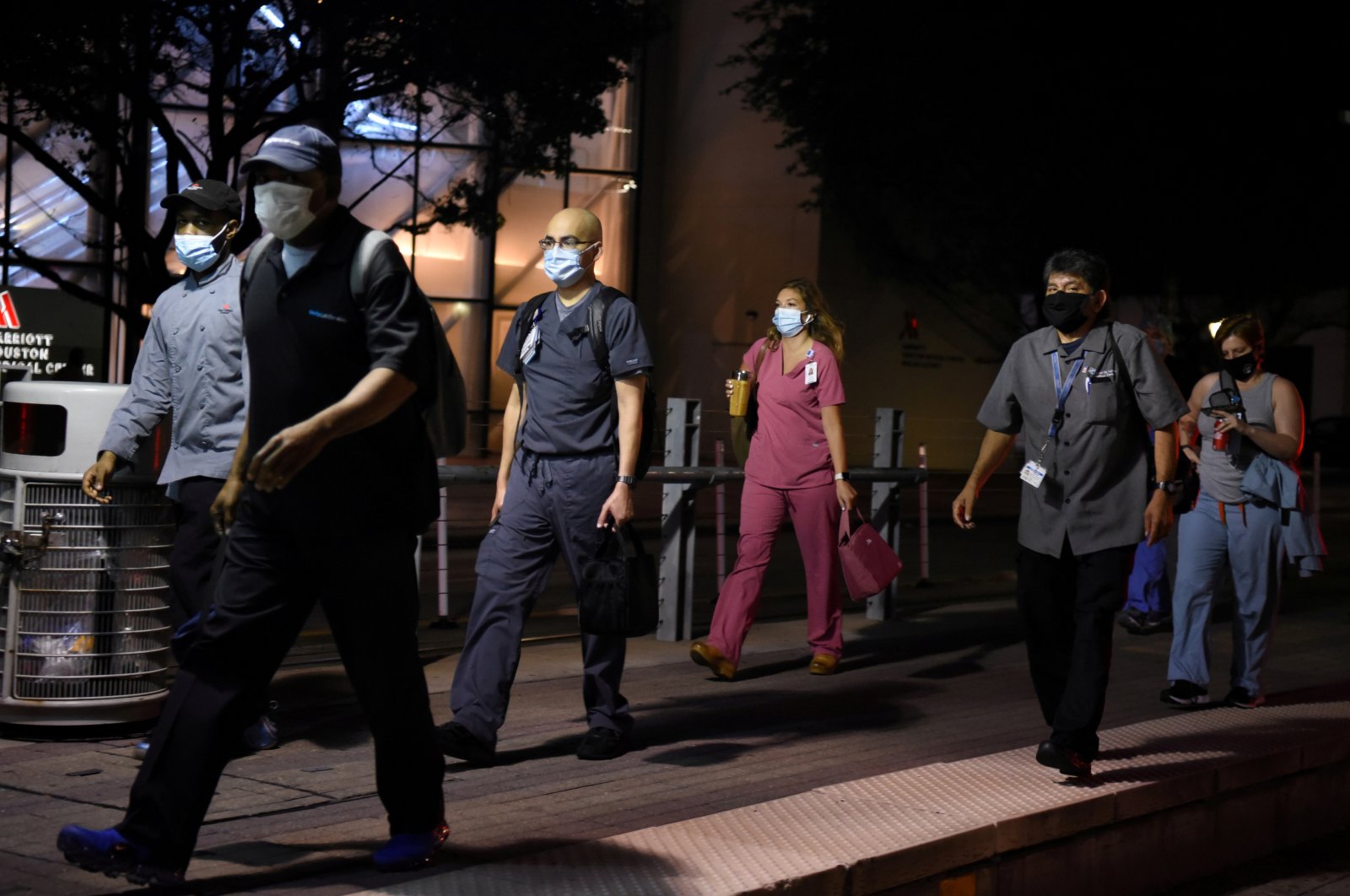 Seven months after the coronavirus emerged in Wuhan, China, the world faces rising coronavirus infection rates as many nations break their daily records

The majority of the worlds' nations broke their own record for most daily coronavirus infections this week after weeks of relative calm and easing of lockdown measures. Seven months after the coronavirus emerged in Wuhan, China, optimism over easing lockdowns has won out over surging coronavirus infections worldwide with more than 12.2 million recorded cases and nearly 555,000 deaths.

This week, the United States, Brazil and India saw their new daily infection highs, becoming the worst virus-hit countries accounting for more than 60% of new cases, according to recent tallies from Johns Hopkins University.

The United States, the hardest-hit in the world by the pandemic, reported at least 60,565 new COVID-19 cases on Thursday, a new record increase and the second day in a row infections have risen by at least 60,000, according to a Reuters tally. For a third day in a row, U.S. deaths climbed by more than 800, the highest levels seen since early June, according to the tally. Infections have been on the rise in 41 of the 50 U.S. states for the past two weeks, with states like California, Arizona, Texas and Florida recently breaking records.

India, in just three weeks, went from the world’s sixth worst-affected country by the coronavirus to the third, according to a tally by Johns Hopkins University. India's fragile health system was bolstered during a stringent monthslong lockdown but could still be overwhelmed by an exponential rise in infections. India has tallied 793,802 infections and more than 21,600 deaths, with cases doubling every three weeks. It's testing more than 250,000 samples daily after months of sluggishness, but experts say this is insufficient for a country of nearly 1.4 billion people.

In Latin America, early reopening has turned Brazil's capital into a COVID-19 hot spot. The modernistic capital was the first big Brazilian city to adopt social distancing measures to curb the pandemic in March and was weathering the crisis well, until the lifting of quarantine rules triggered a surge in cases, health experts say.

Among the city's spate of high-profile patients is President Jair Bolsonaro himself, who said on Tuesday he tested positive for the coronavirus after running a fever. Under pressure from Bolsonaro, mayors and governors across Brazil are loosening isolation orders even as confirmed infections explode past 1.7 million cases, with nearly 70,000 dead – the world's worst outbreak outside the United States.

Brasilia is a case study in the risks of reopening. The capital now has more infections per capita than any other major city in Brazil, with 2,133 confirmed cases per 100,000 people. That is more than two times higher than metropolitan Sao Paulo or Rio de Janeiro, according to Health Ministry statistics.

Brazil's third-largest city, with 3 million inhabitants, Brasilia reported its first case of COVID-19 on March 5 – a woman of 52 who had returned from Britain and Switzerland. In the two months after its first fatality, on March 24, Brasilia's death toll climbed slowly to 100. But in the month after shopping malls reopened, on May 27, confirmed cases and deaths accelerated fivefold. On Monday, the death toll passed 726, and the city reported a record of 2,529 additional cases in 24 hours.

After Bolsonaro, more Latin American political leaders have tested positive for COVID-19. Jeanine Añez Chavez, the interim president of Bolivia, confirmed that she was infected with the coronavirus.

Meanwhile, Mexico on Thursday posted 7,280 new coronavirus cases in 24 hours, a daily record, and an additional 730 deaths, data from the health ministry showed.

Elsewhere in the world, Australia's coronavirus hot spot Victoria recorded 288 new cases on Friday, the largest number of any state since the pandemic began, and authorities warned the spread could worsen. Victoria, Australia’s second-most populous state after neighboring New South Wales, has been cut off with border closures by other states. All states and territories but New South Wales had eradicated community transmission of the virus, but Victoria-linked infections are spreading. Victoria hopes a second lockdown in Melbourne, the nation’s second-most populous city with 5 million people, will curb the spread. It was imposed Wednesday and will last six weeks.

In Europe, France continued to reemerge from the darkest days, announcing the Eiffel Tower would reopen its top level for the first time in three months. Gyms and pools are set to reopen in England later this month. However, countries farther east have found themselves plunged back into restrictions with a resurgent virus, such as Bulgaria, which banned sports fans from stadiums and shut bars and clubs.

In the Middle East, Israel has recorded its highest number of coronavirus infections over a 24-hour period, with nearly 1,500 new cases confirmed in the most recent daily count. Health authorities in four Arab countries: Egypt, Palestine, Yemen, Morocco confirmed new cases and deaths Thursday from the coronavirus.