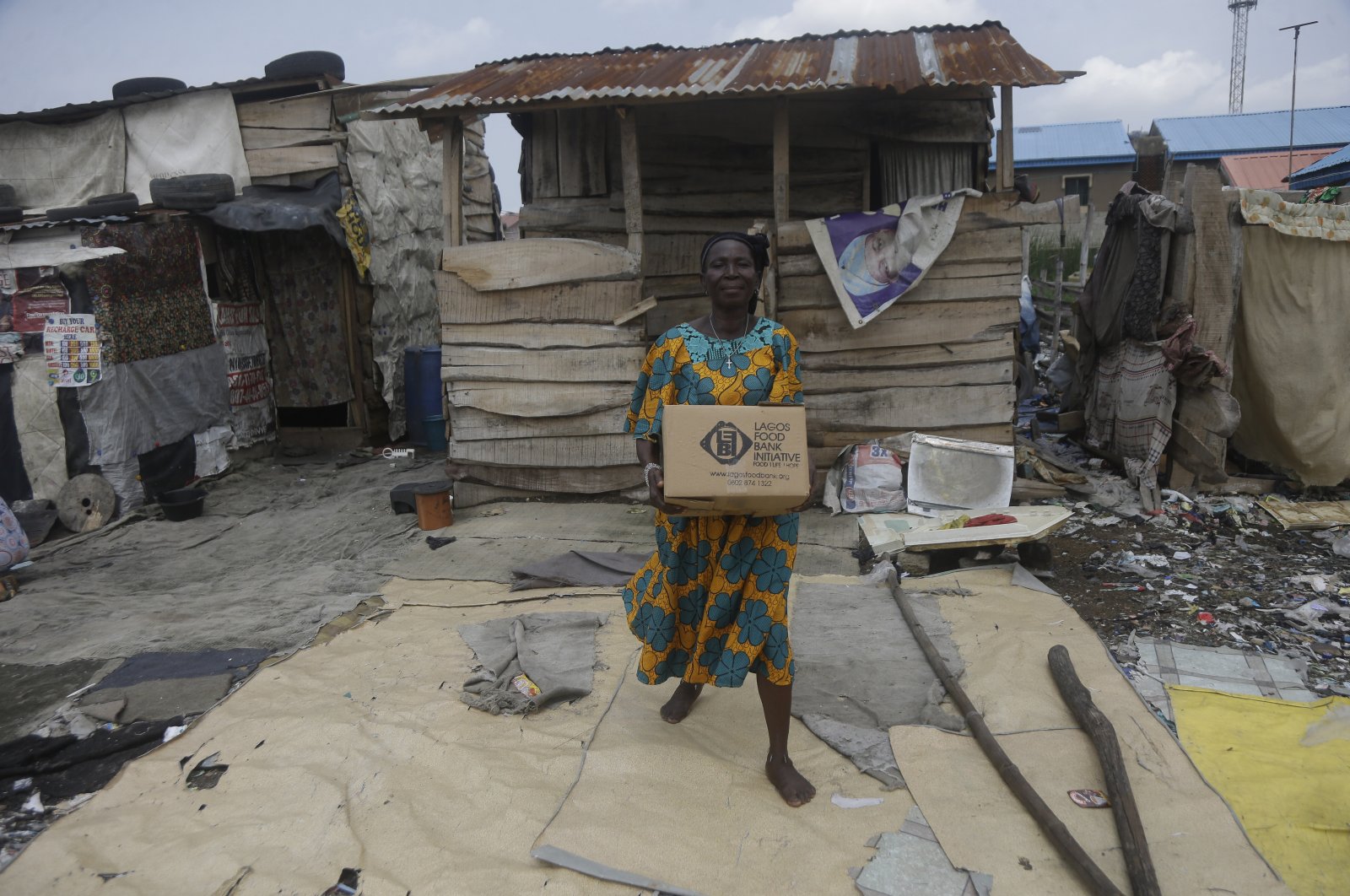 A resident of the Oworonshoki Slum carries a box of food distributed by the Lagos Food Bank Initiative, in Lagos, Nigeria, July 10, 2021. (AP Photo)
by ASSOCIATED PRESS Jul 12, 2021 6:03 pm
RECOMMENDED

World hunger dramatically worsened last year, much of which is likely connected to the COVID-19 pandemic, the United Nations said Monday.

A report issued jointly by five U.N. agencies said hunger outpaced population growth in 2020, with nearly 10% of all people estimated to be undernourished.

It said the sharpest rise in hunger came in Africa, where 21% of the people are estimated to be undernourished.

Children paid a high price, with 149 million of those younger than 5 estimated be have stunted growth, measuring too short for their age. More than 45 million children are too thin for their height.

"A full 3 billion adults and children remain locked out of healthy diets, largely due to excessive costs,'' the U.N. agencies said.

“In many parts of the world, the pandemic has triggered brutal recessions and jeopardized access to food,'' the United Nations said in a summary of its findings. ”Yet even before the pandemic, hunger was spreading; progress on malnutrition lagged."

“Disturbingly, in 2020 hunger shot up in both absolute and proportional terms, outpacing population growth,” the report's authors concluded. The report found that some 9.9% of the world's population were estimated to have been undernourished last year, compared to 8.4% in 2019.

The report also noted the paradoxical problem of nearly 39 million children being overweight.

The United Nations said that the pandemic further undercut a U.N. goal of zero hunger by 2030. Based on current trends, it estimates that the goal will be “missed by a margin of nearly 660 million people,” and that some 30 million of that figure “may be linked to the pandemic's lasting effects.”

The State of Food Security and Nutrition in the World report was prepared by U.N. agencies, including the Rome-based Food and Agriculture Organization, the World Food Programme and the International Fund for Agricultural Development. The other two agencies were the the United Nations Children's Fund, commonly known as UNICEF, which is based in New York, and the World Health Organization, or WHO, headquartered in Geneva.

The report was described by the agencies as the “first global assessment of its kind in the pandemic era."

Among the U.N.'s recommendations was one calling for strengthening “the resilience of the most vulnerable to economic adversity,” such as through programs to lessen the impact of “pandemic-style shocks" or steep food price increases.