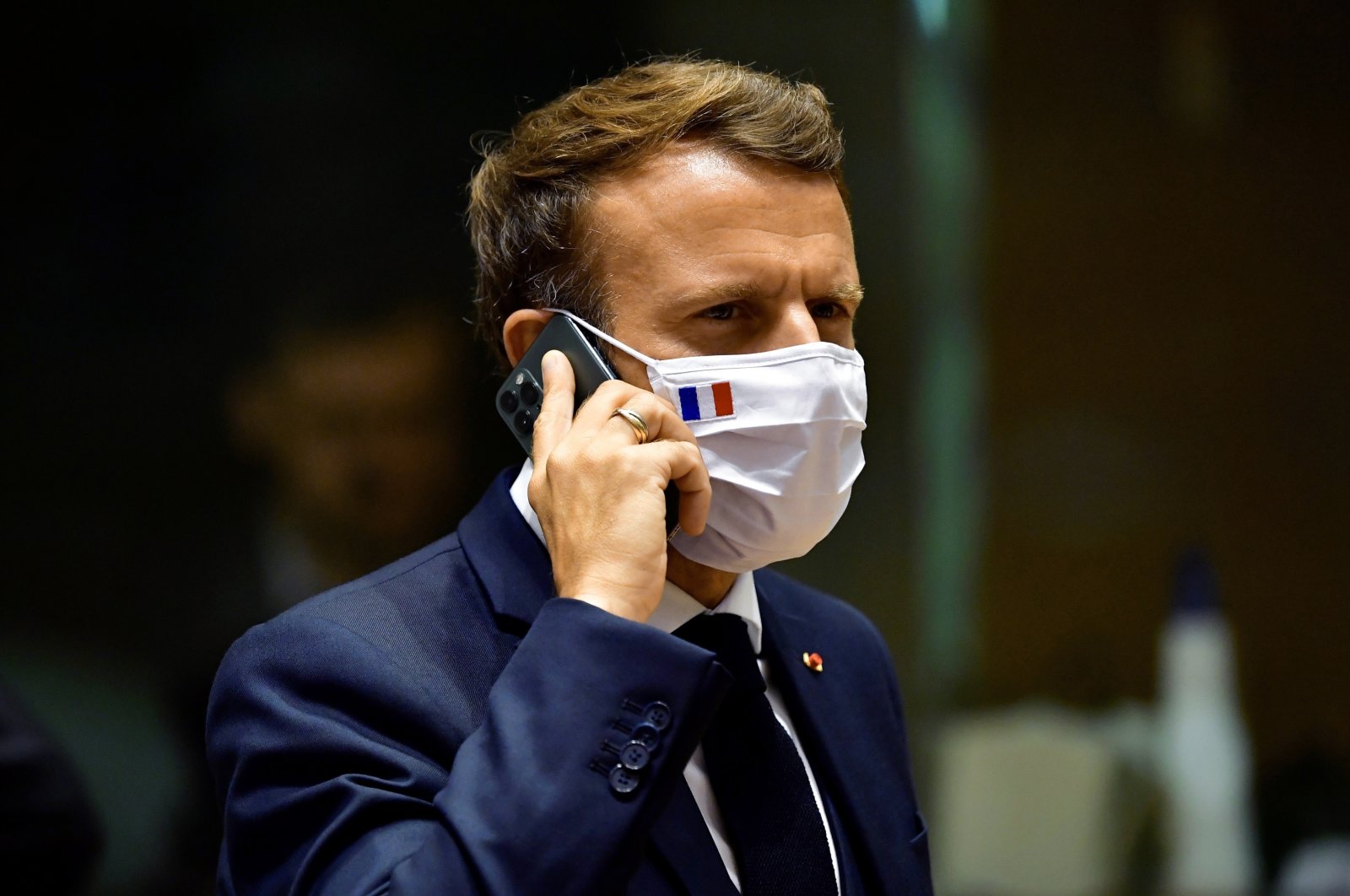 French President Emmanuel Macron speaks on his mobile phone during a round table meeting at an EU summit in Brussels, Belgium, July 20, 2020. (AP File Photo)
by Anadolu Agency Jul 20, 2021 9:36 pm

One of the two iPhone numbers of Emmanuel Macron, Eduard Philippe and government ministers were hacked in 2019 for possible surveillance through the Israeli company, according to the report. Morocco, a former French colony, is known to share friendly relations with France.

The numbers of the French political leadership are part of a list of more than 50,000 telephone numbers investigated by an international consortium of 17 news media outlets. According to reports, Macron has been using the number regularly at least since 2017 when he came to power.

The possible infection by Pegasus could not be confirmed as Le Monde said it did not have access to the head of state's handset to carry technical checks to detect traces of the spyware.

The president's office told Le Monde that "if the facts are true, they are obviously very serious" while vowing to investigate the revelations.