Police shoot, kill black man outside store in US 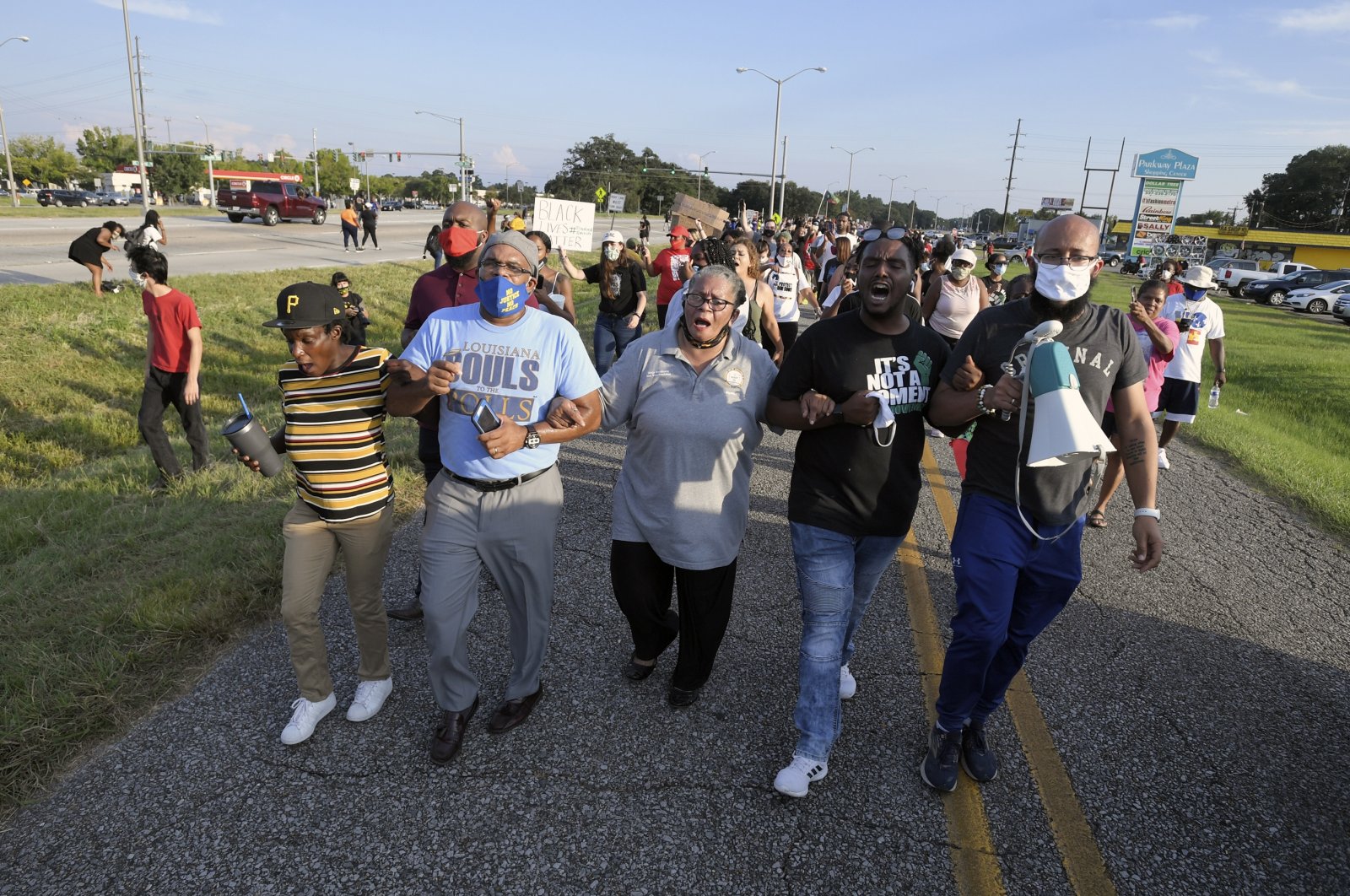 Marja Broussard, center, president of the Lafayette chapter of the NAACP, walks down Evangline Thruway with others demanding justice for Trayford Pellerin, Saturday, Aug. 22, 2020, in Lafayette, La. Pellerin was shot and killed by Lafayette police officers while armed with a knife the night before. (AP Photo)
by ASSOCIATED PRESS Aug 23, 2020 11:47 am
RECOMMENDED

The mother of a man fatally shot by Louisiana police said her son was intelligent and shy and had sought therapy for social anxiety. Her lawyers said they plan to sue over the death of Trayford Pellerin, who police said had a knife and was trying to enter a convenience store.

The shooting Friday night was captured on video, and the state American Civil Liberties Union (ACLU) condemned what it described as a "horrific and deadly incident of police violence against a black person.” Both the ACLU and the Southern Poverty Law Center quickly called for an investigation.

Pellerin's death prompted a crowd of protesters to gather Saturday and demonstrate against the latest fatal police shooting. Officers in riot gear fired what appeared to be tear gas on Saturday night after ordering the crowd to disperse.

Louisiana State Police said Lafayette officers followed Pellerin, 31, on foot as he left a convenience store where he had created a disturbance with a knife at about 8 p.m. Friday. Stun guns failed to stop him, and the officers shot Pellerin as he tried to enter another convenience store, still with the knife, according to a news release.

Pellerin became anxious in groups and may have been frightened by the officers, Michelle Pellerin told The Advocate. He had sought professional help earlier this year, she said.

"Instead of giving him a helping hand, they gave him bullets,” national civil rights attorney Ben Crump told the newspaper. He and Baton Rouge attorney Ronald Haley said they have begun their own investigation by interviewing witnesses. Some said Pellerin was not armed, Haley said.

The family believes Pellerin may have been having a mental health crisis, Crump said.

"Lafayette police shot Mr. Pellerin several times as he walked away from them,” Margaret Huang, president and CEO of the Southern Poverty Law Center, said in an emailed statement. "His killing demands an analysis of the excessive use of force by law enforcement. We fully support movement leaders’ calls for a swift and transparent investigation into Mr. Pellerin’s killing.”

State ACLU Executive Director Alanah Odoms Hebert said: "Once again, video footage has captured a horrific and deadly incident of police violence against a black person who was brutally killed in front of our eyes.”

Captured on video, the May 25 death of George Floyd under the knee of a white Minneapolis police officer sparked a global reckoning over police tactics and racial injustice.

"Trayford Pellerin should be alive today. Instead, a family is mourning and a community is grieving," her statement said. "None of our communities are safe when the police can murder people with impunity or when routine encounters escalate into deadly shooting sprees.”

Rikasha Montgomery, who took a video of the shooting, told The Advertiser that a man holding what looked like a knife kept walking down the highway while some officers fired stun guns at him. Officers holding guns shouted at him to get onto the ground, said Montgomery, 18.

She said they fired when the man reached the door of a Shell gas station.

"When I heard the gunshots, I couldn’t hold my phone like I was first filming,” she said. "I feel kind of scared about it. I’m traumatized. You’re so used to hearing about this, but I never thought I would experience it.”

"The officers involved should be fired immediately for their abhorrent and fatal actions,” Crump said in a statement Saturday.

Haley told The Advocate that he and Crump will be seeking reform and policy changes in the police department as well as damages.

"We want policy changes as well, so that Ben and I are not in the living room with another family in Lafayette dealing with this,” Haley said.