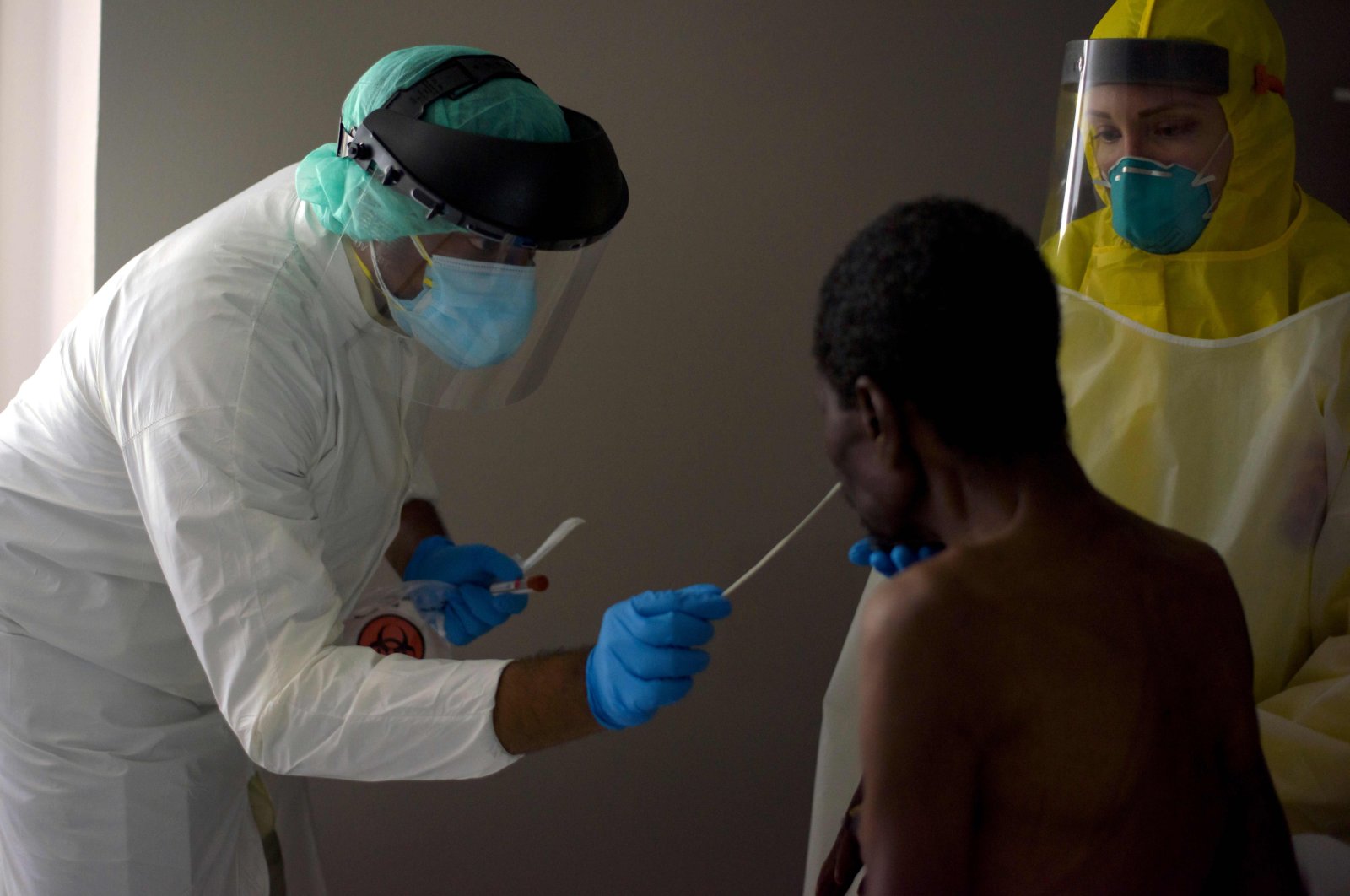 In this file photo taken on July 02, 2020 a healthcare worker gives a COVID-19 test to a patient at United Memorial Medical Center in Houston, Texas.(Photo by Mark Felix via AFP)
by REUTERS Aug 14, 2020 9:13 pm
RECOMMENDED

Coronavirus hotspots in the U.S. appear to suffer disproportionately high numbers of cases among communities of color, according to an analysis on Friday by the Centers for Disease Control and Prevention (CDC).

The report adds to a growing body of evidence that long-standing health and social inequities have resulted in increased risk for infection and death from COVID-19 among communities of color, the CDC said.

In 79 counties identified as hotspots that also carried information on race, 96.2% found disparities in COVID-19 cases in one or more minority racial and ethnic groups between February and June, researchers concluded.

The largest disparities were reported among Hispanic people in hotspot counties (3.5 million people), followed by African Americans (2 million). Asian populations were disproportionately affected by COVID-19 in a small number of hotspot counties, but the Asian racial category is broad and further analyses might provide additional insights, researchers said.

The study did not assess disparities in COVID-19-related deaths because of the lack of available county-level mortality data, but researchers said existing national analyses show there exist differences in COVID-19 deaths and that similar patterns were likely to exist at the national level too.

Apart from long-standing discrimination and social inequities, other factors such as economic and housing policies, employment in meatpacking, agriculture, service and health care sectors, and living in multifamily households could increase the risk of transmission, researchers said, pointing out that more than half of hotspot counties did not report sufficient racial data and had to be excluded from the analysis.

Further, health departments differ in the way that race and ethnicity are reported. These data gaps, combined with differences in access to COVID-19 testing, might limit findings, the researchers said.

Still, the analysis highlights the need to develop culturally responsive, targeted interventions with organizations within communities of color to reduce COVID-19 disparities.

The U.S. currently suffers the highest rates of COVID-19 in the world.