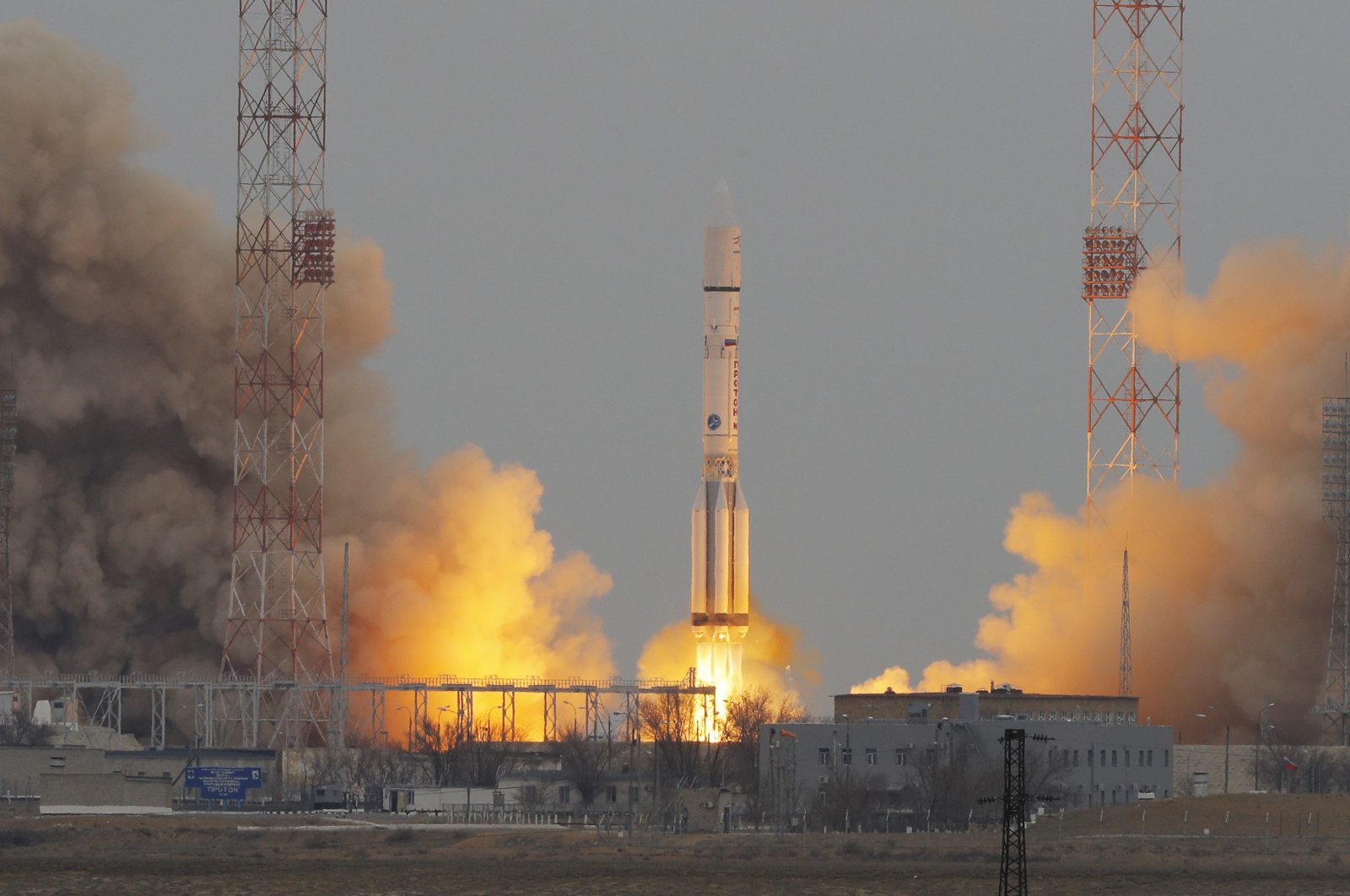 The Proton-M rocket booster blasts off at the Russian leased Baikonur cosmodrome, Kazakhstan, Monday, March 14, 2016. The Russian rocket carries an orbiter for measuring atmospheric gases of Mars and a Mars lander of the 'ExoMars 2016' mission. 'ExoMars 2016' is an astrobiology mission by the European Space Agency (ESA) in collaboration with the Russian Federal Space Agency. (AP Photo)
by REUTERS Jun 09, 2020 7:12 pm
Edited By Ayşe Betül Bal
RECOMMENDED

Americans should show more respect for Russia's space program after relying on it for nine years as the only way to send U.S. astronauts into orbit, the head of Russia's space agency said.

The U.S. launched the first astronauts from U.S. soil since 2011 last month in a rocket built by SpaceX, the company of billionaire entrepreneur, Elon Musk. In the intervening years, Americans flying to the International Space Station relied on Russian Soyuz spacecraft.

In a column in this week's Russian version of Forbes, Dmitry Rogozin, the head of Roscosmos, lamented that Americans still do not take the Russian space program as seriously as their own.

"When our partners finally managed to conduct a successful test on their spacecraft, there were nothing but jokes and mockery directed at us," Rogozin complained. Instead, the American space industry should have thanked Russia.

"Our country was the first to send a man into space," Rogozin wrote. "We remain first to this day."

Roscosmos has in recent years suffered a series of setbacks and corruption scandals, including during the construction of the Vostochny Cosmodrome in the country's far east.

It criticized U.S. President Donald Trump's "hysteria" after he said the SpaceX launch showed the U.S. had regained its place as the world leader in space.

Trump also said U.S. astronauts would soon land on Mars, and that Washington would soon have "the greatest weapons ever imagined in history."