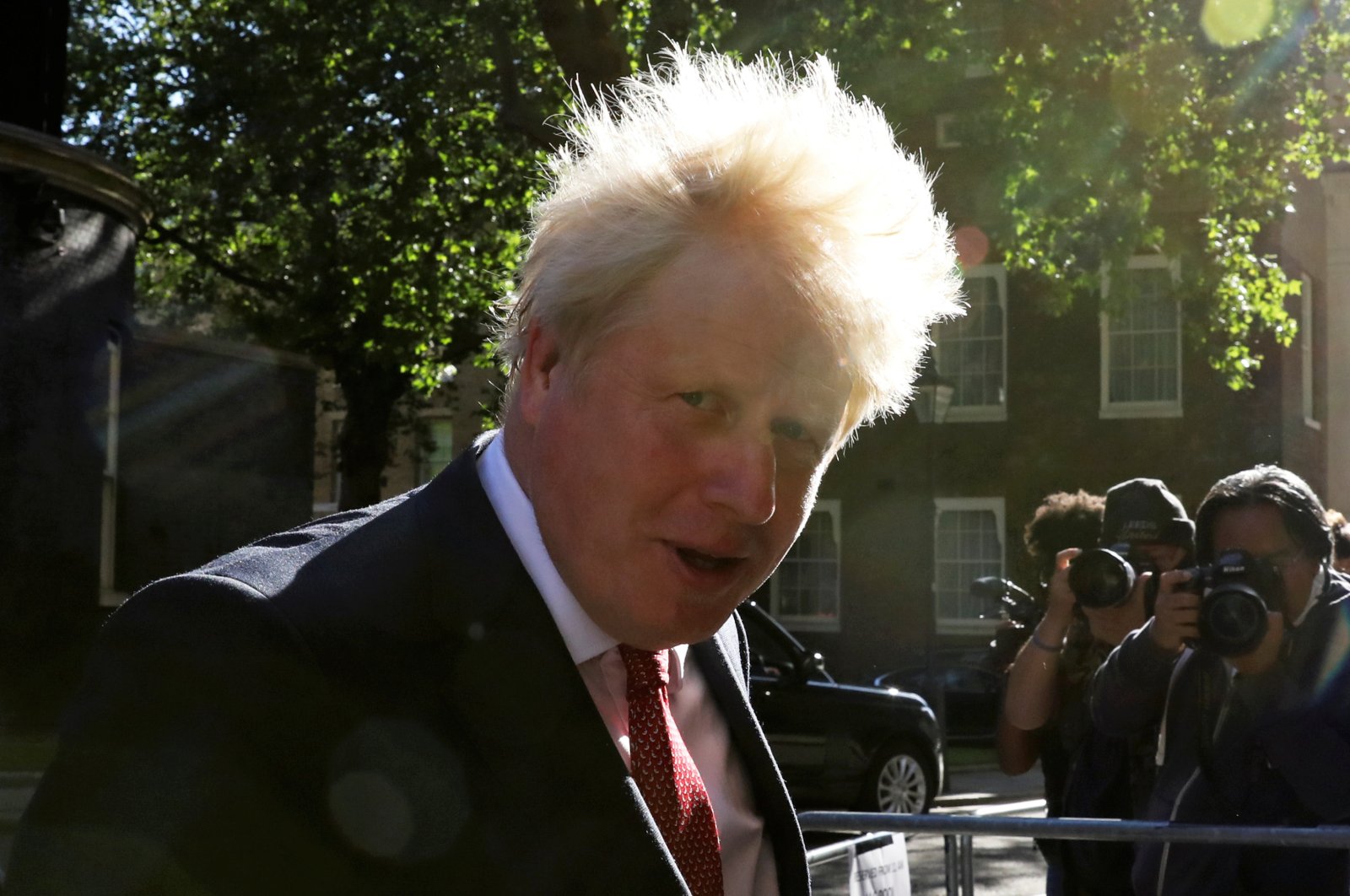 Britain's Prime Minister Boris Johnson arrives for a Cabinet meeting, the first since mid-March because of the coronavirus pandemic, at Downing Street in London, Britain, July 21, 2020. (Reuters Photo)
by Compiled from Wire Services Jul 21, 2020 11:28 am
RECOMMENDED

A long-awaited report into Russian influence in British politics says it would be "difficult – if not impossible – to prove” allegations that Russia sought to influence the 2016 Brexit referendum, but "the Government was slow to recognize the existence of the threat."

The report from the parliamentary Intelligence and Security Committee said it was "astonishing” that no one sought to protect the 2016 European Union referendum from Russian interference, and that British officials should have recognized the Russian threat back in 2014. The authors said there had been no assessment of Russian influence.

"What is clear is that the government was slow to recognize the existence of the threat – only understanding it after the ‘hack and leak’ operation against the Democratic National Committee, when it should have been seen as early as 2014,” the report said.

"As a result, the Government did not take action to protect the UK’s process in 2016," it said.

The report's authors claimed that Russia sought to meddle in the 2014 Scottish referendum.

"There has been credible open source commentary suggesting that Russia undertook influence campaigns in relation to the Scottish independence referendum in 2014," said the report, which was finished in March 2019.

It strongly criticized the British government for "actively avoiding” looking into the Russian threat.

"Serious questions needed to be asked” why ministers did not look into the issue after evidence of interference in the 2014 Scottish referendum and reports of similar activity in the U.S. elections, it said.

Commenting on the report, the Kremlin said Russia has never interfered in another country's electoral processes.

The report says Russia sees Britain as one of its top intelligence targets in the West. It said Russian influence in the U.K. is the "new normal,” and said successive governments have welcomed Russian oligarchs with open arms.

The report was finally published Tuesday after criticism that the government delayed its release for more than six months to shield Prime Minister Boris Johnson and his Conservative Party from embarrassment.

It was originally submitted to Johnson on Oct. 17. The government initially said the report could not be published until it was reviewed for national security issues, which postponed its release until after the Dec. 12 general election. Further holdups were caused by delays in appointing new members to the Intelligence and Security Committee.

Finally, Johnson named five Conservative lawmakers to the nine-person panel in hopes his handpicked candidate would be chosen as chairman and block the report. The gambit failed when a renegade Conservative was chosen to head the committee with backing from opposition parties.

The opposition Labour Party has accused the government of failing to publish the report because it would lead to further questions about links between Russia and the pro-Brexit campaign in the 2016 referendum on EU membership, which Johnson helped lead.

Another parliamentary panel – the Digital, Culture, Media and Sport Committee – previously published the results of its own inquiry into disinformation and "fake news,” which called on election regulators and law enforcement to investigate reports that a British businessman with links to Russia donated 8.4 million pounds ($10.6 million) to the Brexit campaign. The National Crime Agency said in September that it found no evidence of criminal offenses related to the donation.

The intelligence committee report covers the full range of the Russian threat to the U.K., including election interference, espionage and targeted assassinations such as the attempt to kill former spy Sergei Skripal in the English city of Salisbury two years ago, said Dominic Grieve, who chaired the panel until he left the House of Commons after the election.

The government’s explanations for delaying the report "are simply not credible,” Grieve said in an interview with Britain’s Channel 4 News.

The report’s release comes only days after Britain, the U.S. and Canada accused hackers linked to Russian intelligence agencies of trying to steal information from researchers working on a potential coronavirus vaccine.