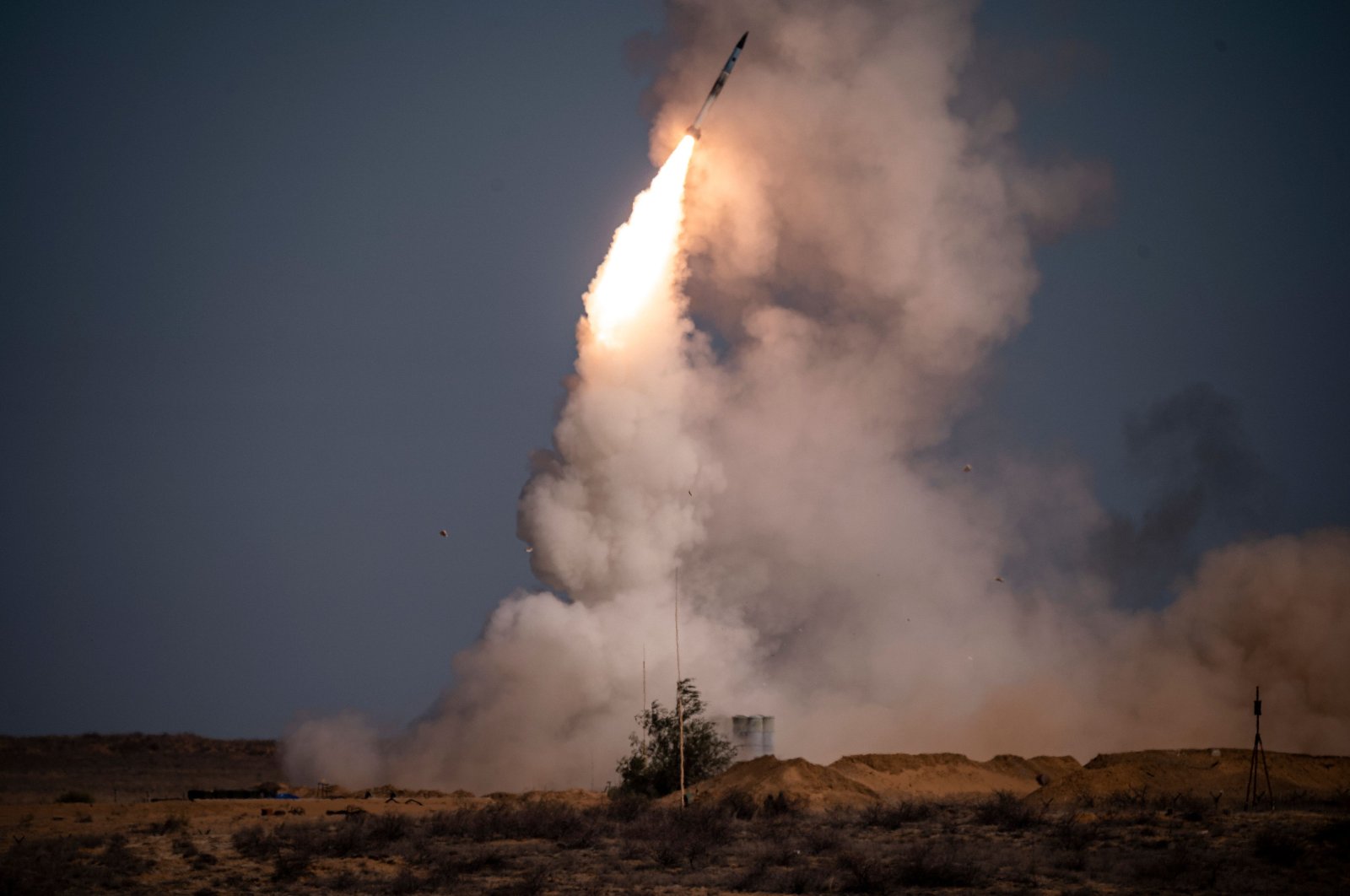 A rocket launches from a S-400 missile system at the Ashuluk military base in Southern Russia on September 22, 2020 during the "Caucasus-2020" military drills gathering China, Iran, Pakistan and Myanmar troops, along with ex-Soviet Armenia, Azerbaijan and Belarus. (AFP Photo)
by French Press Agency - AFP Sep 22, 2020 4:18 pm
RECOMMENDED

Russia said Tuesday it will develop military cooperation with Tehran after a United Nations arms embargo on Iran expires next month, despite U.S. efforts to block arms deals.

"The amount of this cooperation and the areas in which it will develop is a separate question," he added.

He said any agreements with Iran would have "nothing to do with the unlawful and illegal actions of the U.S. administration, which is trying to intimidate the entire world."

The embargo on conventional arms shipments to Iran is set to expire next month after the United States failed to win support for a new UN resolution.

The Trump administration says it is "snapping back" virtually all U.N. sanctions on Iran lifted under a 2015 nuclear accord with Tehran negotiated by former President Barack Obama.

Trump pulled out of the deal with great fanfare in 2018, but Pompeo argues that the United States is still a "participant" in the agreement, with the right to impose sanctions for violations.

The legal argument has been rejected by almost the entire U.N. Security Council, with European allies of the United States saying the priority is to salvage a peaceful solution to Iran's nuclear program.

Russian Foreign Minister Sergei Lavrov is due to meet his Iranian counterpart Mohammad Javad Zarif in Moscow on Thursday.