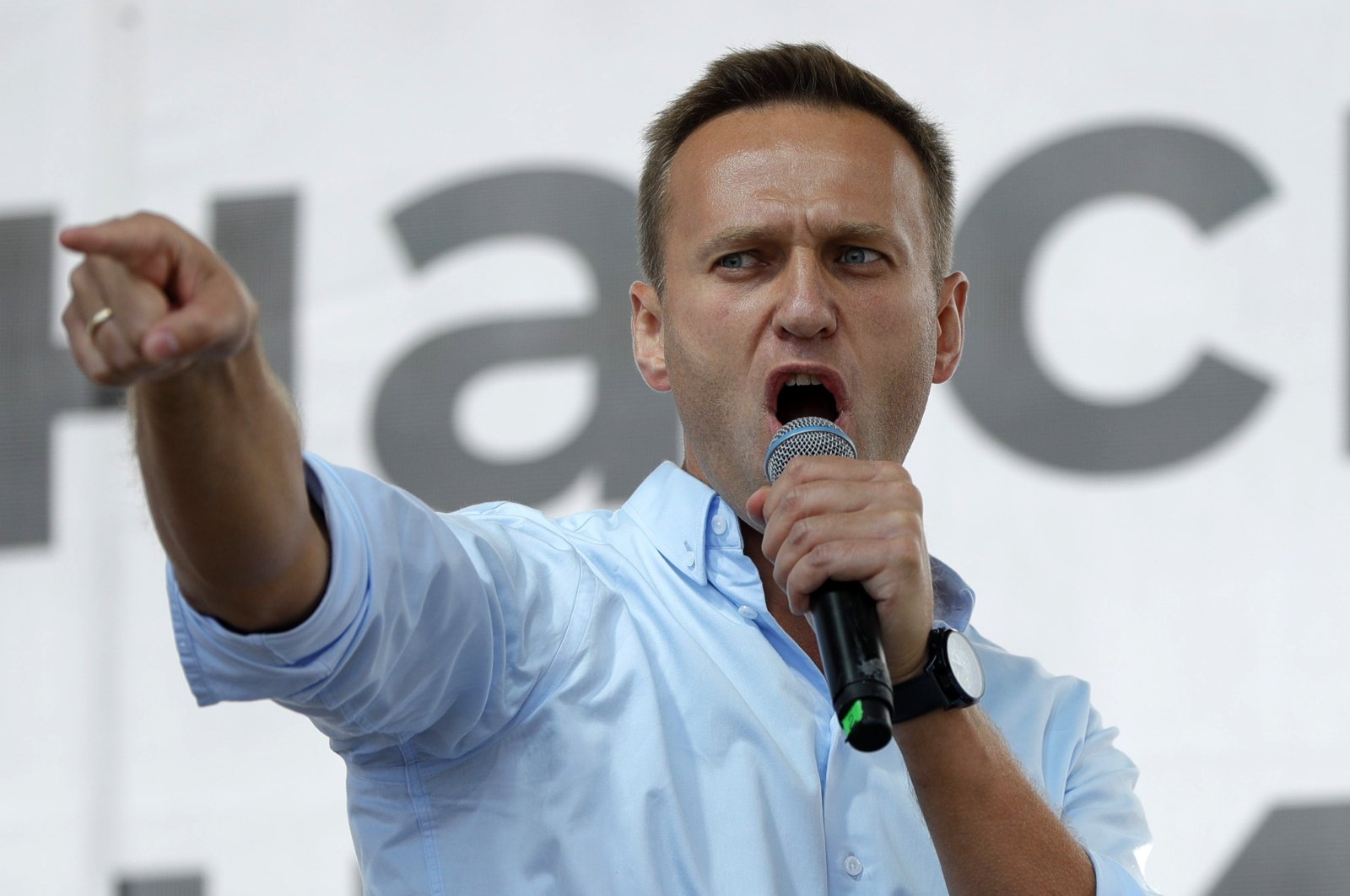 Russian doctors gave a dissident who is in a coma after a suspected poisoning permission to be transferred abroad for medical treatment, a senior physician said Friday.

The reversal came after more than 24 hours of wrangling over Alexei Navalny’s condition and treatment.

Navalny, a 44-year-old politician and corruption investigator who is one of Russian President Vladimir Putin’s fiercest critics, was admitted to an intensive care unit in the Siberian city of Omsk on Thursday.

His supporters believe he was poisoned and that the Kremlin is behind it.

His family and supporters wanted him brought to a top German medical clinic, but his physicians in Omsk said he was too unstable to move, even after a plane with German specialists and advanced equipment arrived.

Navalny’s supporters denounced this as a ploy by authorities to stall until any poison would no longer be traceable in his system. A senior doctor in Omsk said the team did not believe he was poisoned.

The German doctors later examined Navalny and said he was fit to be transported, according to a representative of the charity that has organized the plane to bring him to Berlin.

“I understand he’s still unconscious, but they’re used to such special assignments and they say very clearly he can fly and they want to fly him,” film producer Jaka Bizilj, of Cinema For Peace, told The Associated Press after being in contact with the German doctors.

The Russian medical team then relented and deputy chief doctor of the Omsk hospital Anatoly Kalinichenko told reporters on Friday that he would be allowed to leave.

Earlier, a Kremlin spokesman Dmitry Peskov denied that resistance to the transfer was political. He said he wasn’t aware of any instructions to stop the transfer and that it was purely a medical decision.

“It may pose a threat to his health,” Peskov said.

Navalny’s wife told reporters that hospital staff and men she suspected were law enforcement agents didn’t let her speak to the German specialists, who she said were brought into the facility in secret, through a back door.

“I was forcibly kicked out in a rude manner,” Yulia Navalnaya said, her voice shaking. “This is an appalling situation. They are not letting us take Alexei. We believe that clearly something is being hidden from us.”

The most prominent member of Russia’s opposition, Navalny campaigned to challenge Putin in the 2018 presidential election but was barred from running. Since then, he has been promoting opposition candidates in regional elections, challenging members of the ruling party, United Russia.

His Foundation for Fighting Corruption has been exposing graft among government officials, including some at the highest level. Last month, he had to shut the foundation after a financially devastating lawsuit from a businessman with close ties to the Kremlin.

Navalny fell ill on a flight back to Moscow from Siberia on Thursday and was taken to the hospital after the plane made an emergency landing. His team made arrangements to transfer him to Charité, a clinic in Berlin that has a history of treating famous foreign leaders and dissidents and insisted that the transfer is paramount to saving the politician’s life.

“The ban on transferring Navalny is needed to stall and wait until the poison in his body can no longer be traced. Yet every hour of stalling creates a threat to his life,” Navalny’s spokesperson, Kira Yarmysh, tweeted.

Dr. Yaroslav Ashikhmin, Navalny’s physician in Moscow, earlier dismissed the idea that it would be dangerous to move the patient. He told The Associated Press that being on a plane with specialized equipment, including a ventilator and a machine that can do the work of the heart and lungs, “can be even safer than staying in a hospital in Omsk.”

Yarmysh posted pictures of what she said was a bathroom inside the hospital that showed squalid conditions, including walls with paint peeling off, rusting pipes, and a dirty floor and walls.

While his supporters and family members continue to insist that Navalny was poisoned, Omsk hospital deputy chief doctor, Anatoly Kalinichenko, said that doctors don’t “believe the patient suffered from poisoning.”

Omsk news outlet NGS55 published a video statement of the hospital’s chief doctor, Alexander Murakhovsky, saying that a metabolic disorder was the most likely diagnosis and that a drop in blood sugar may have caused Navalny to lose consciousness.

But another doctor with ties to Navalny, Dr. Anastasia Vasilyeva, who flew to Omsk with the politician’s wife on Thursday, said that diagnosing Navalny with a “metabolic disorder” says nothing about what may have caused it – and it could have been the result of a poisoning.

Ashikhmin, who has been Navalny’s doctor since 2013, said the politician has always been in good health, regularly went for medical checkups and didn’t have any underlying illnesses that could have triggered his condition.

Western toxicology experts expressed doubts that poisoning could have been ruled out so quickly.

“It takes a while to rule things out. And particularly if something is highly toxic – it will be there in very low concentrations, and many screening tests would just not pick that substance up,” said Alastair Hay, an emeritus professor and toxicology expert from the school of medicine at the University of Leeds.

Last year, Navalny was rushed to a hospital from prison, where he was serving a sentence following an administrative arrest, with what his team said was suspected poisoning. Doctors said he had a severe allergic attack and discharged him back to prison the following day.

The widow of Alexander Litvinenko, a former Russian agent who was killed in London by radioactive poisoning in 2006, says she understands the wishes of Navalny’s family to have him transported to Germany to receive care.

Marina Litvinenko told the AP via a video call from Italy that “every day, every hour, sometimes every second” is important.

She wanted to send a personal message to Navalny’s family to know that they have a lot of support in and out of Russia.

“And particularly for his wife Yulia, be strong,” she said. “And never give up. Believe he will survive.”