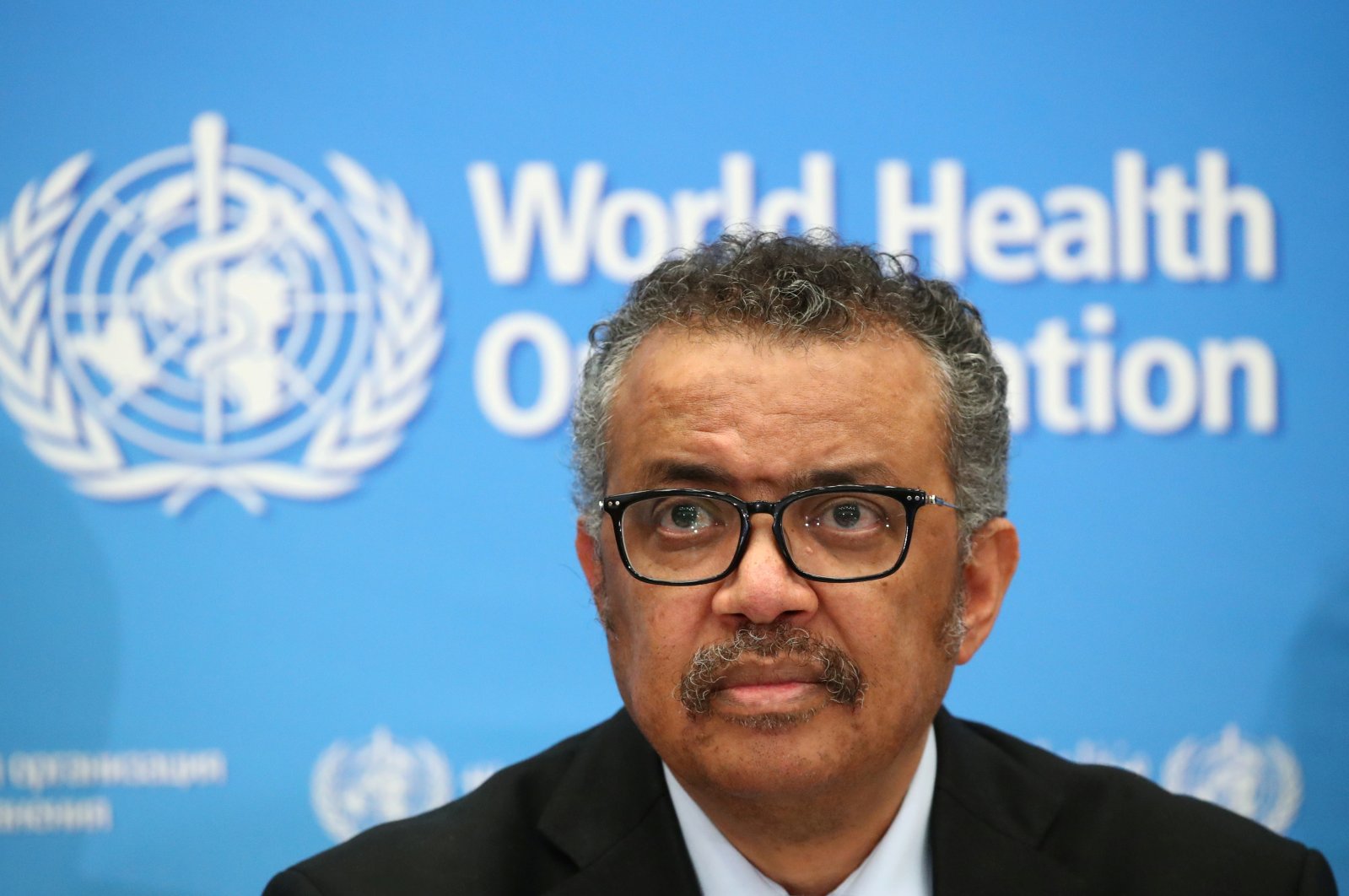 Director-General of the WHO Tedros Adhanom Ghebreyesus. (REUTERS PHOTO)
by REUTERS May 11, 2020 6:50 pm
RECOMMENDED

The head of the World Health Organization (WHO) said on Monday that a "slow, steady lifting of lockdowns" was key, as a jump in new coronavirus cases in South Korea and Germany has raised global concerns about a possible second wave of infections.

"Lifting lockdowns are both complex and difficult," WHO Director-General Tedros Adhanom Ghebreyesus told an online news briefing, adding that Germany, South Korea and China all had systems in place to respond to any resurgence in cases.

"Until there is a vaccine, the comprehensive package of measures is our most effective set of tools to tackle the virus," Tedros said.

Germany earlier reported an acceleration in new coronavirus infections after it took early steps to ease its lockdown. South Korea, another country that had succeeded in limiting virus infections, has seen a new outbreak in nightclubs.

"Now we are seeing some hope as many countries exit these so-called lockdowns," Dr Mike Ryan, head of the WHO's emergencies programme, told during the online news briefing. But he added that "extreme vigilance is required".

"If the disease persists at a low level without the capacity to investigate clusters, there's always the risk that the virus takes off again," he said.

Governments around the world are struggling with the question of how to reopen their economies while still containing COVID-19, the lung disease caused by the new coronavirus.

Ryan said he was hopeful that Germany and South Korea would be able to suppress new clusters and praised their surveillance, which he said was key to avoiding large second waves.

"It's really important that we hold up examples of countries who are willing to open their eyes and willing to keep their eyes open," he said. In contrast, he said other countries, without naming them, were "trying to drive through this blindly".

In the briefing, WHO officials stressed that early studies point to lower-than-expected antibody levels against the disease within the general population, meaning that most people remain susceptible.

"There seems to be a consistent pattern so far that a low proportion of people so far have these antibodies," said Maria van Kerkhove, a WHO epidemiologist.

Given that, Ryan warned countries that have "lax measures" in place against counting on herd immunity to halt the spread of COVID-19.

"This is a really dangerous, dangerous calculation," he said.