Students in Jordan return to school after almost a year 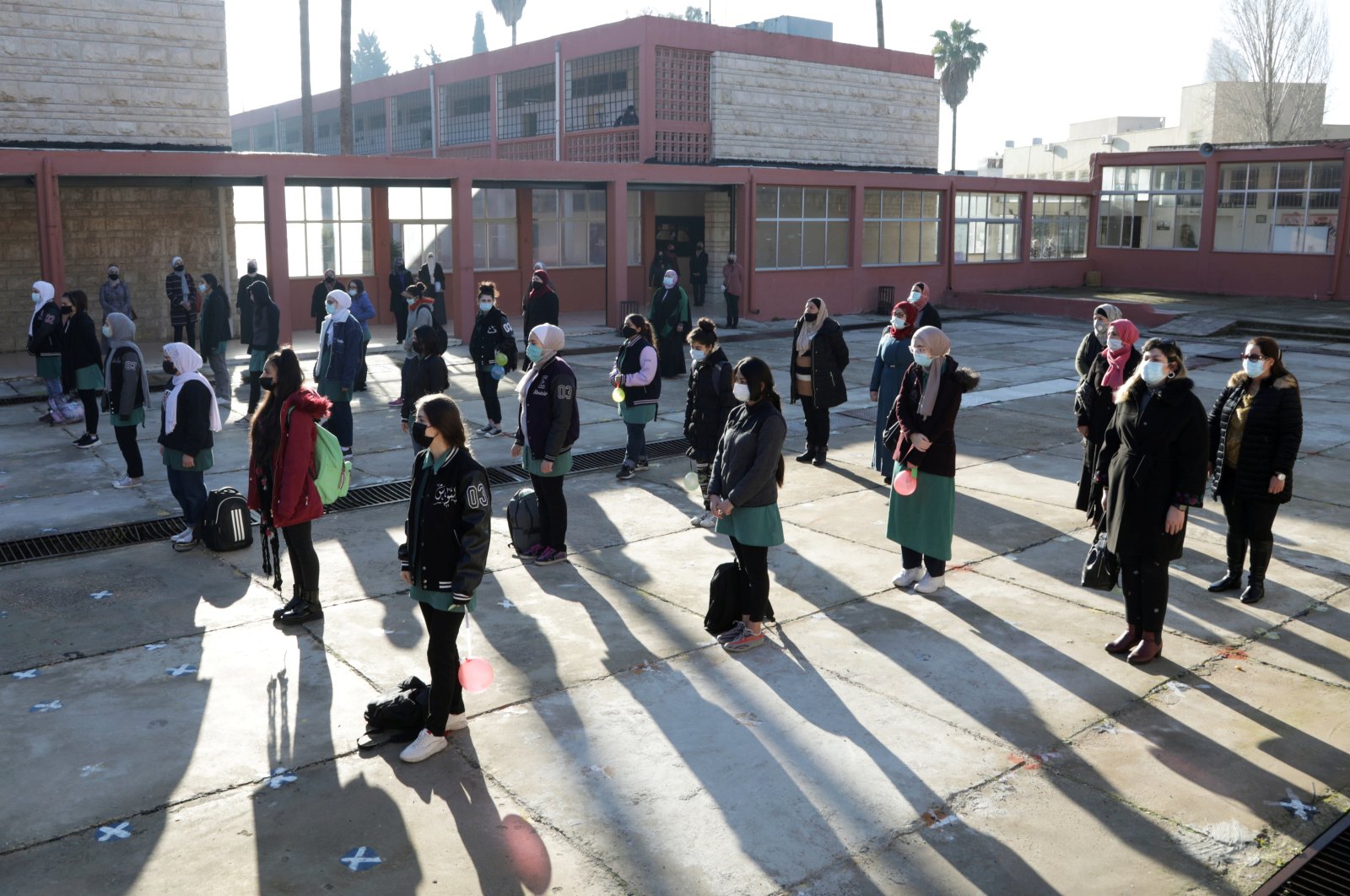 After almost a year of school closures due to the coronavirus pandemic, students in the hundreds of thousands returned to schools on Sunday in Jordan.

"I am very happy to see my friends and teacher again," said seven-year-old Mecca at a girls' school in Jabal Amman, in the center of the Jordanian capital. "I was bored at home. Being at school is better," the smiling girl said.

Schools and universities in the country have been shut since mid-March due to the pandemic when the country first began introducing lockdowns, with anyone caught in violating the curfew facing up to a year in prison.

Kindergarten and early elementary school grades, as well as students in their final year of high school, went back to classrooms on Sunday, the first day of the school week in Jordan, while Christian schools will reopen on Monday.

The U.N. agency for Palestinian refugees also reopened its schools on Sunday for 28,000 students.

An education ministry spokesperson said more than 773,000 students were going back to the classroom this week.

Fadi Ismail, a teacher at the Shukry Shaashaa school in Amman, was also keen to return.

"I am for in-person learning because in the classroom, I can see right away if a student is following," he said.

"In class, there is a constant exchange... It's very different from studying on the (online) platform."

The government decided to reopen schools after a drop in the number of COVID-19 cases over the past four weeks.

Another 1.4 million students across the country will return gradually until March 7, according to the education and health ministries.

Bassam Hijjawi from the national epidemics committee said Sunday that the gradual return to schools would take place within "a strict health protocol".

He said all students were required to wear masks and observe physical distancing in the classroom, with two square meters (21.53 feet) provided for each desk.

The committee would evaluate the health impact of the return to classrooms over the next two weeks before confirming the return of other students, he said.

But some students said they preferred to keep learning at a distance.

"I'm afraid that by going to class, I'll infect my parents with the virus," said Khaled al-Kurdi, an 18-year-old in his final year of high school.

"And at distance, the courses are recorded so I can go over them until I have learnt the material," he added.

Jordan has officially registered a total of 333,855 coronavirus infections and 4,369 deaths.

Vaccinations began in January and so far more than 40,000 people have received a first injection.