Sudan signs 'Abraham Accords' with US 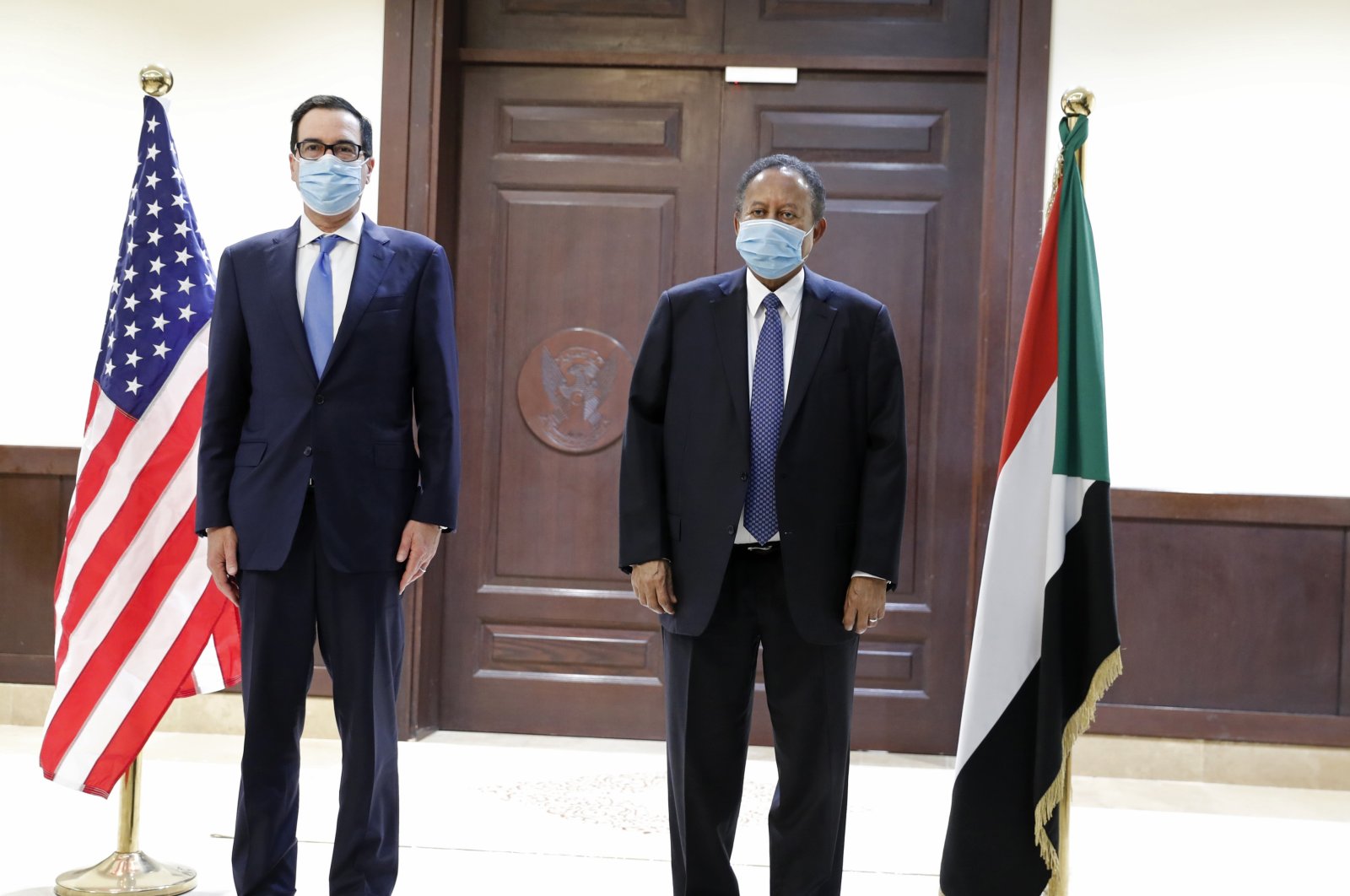 Sudan on Wednesday said it signed the "Abraham Accords” with the U.S., paving the way for the African country to normalize ties with Israel.

The recent Washington-negotiated deals between Arab countries and Israel have been a major foreign policy achievement by U.S. President Donald Trump's administration. The deals were named the "Abraham Accords" after the biblical patriarch revered by Muslims and Jews. The signing came just over two months after Trump announced that Sudan would start to normalize ties with Israel.

Before Sudan, the Trump administration engineered diplomatic pacts late last year between Israel and the United Arab Emirates (UAE) and Bahrain – the first since Jordan recognized Israel in the 1990s and Egypt in the 1970s. Morocco also established diplomatic ties with Israel.

The agreements are all with countries that are geographically distant from Israel and have played a minor role, if any, in the Arab-Israeli conflict.

The accords have also contributed to the severe isolation and weakening of the Palestinians by eroding a longstanding Arab consensus that recognition of Israel should only be given in return for concessions in the peace process.

The U.S. and Sudan on Wednesday also agreed to settle the African country’s debt to the World Bank, widely seen as a key step toward the nation’s economic recovery after the 2019 overthrow of longtime autocrat Omar al-Bashir. The move came during Treasury Secretary Steven Mnuchin's visit to Khartoum, making him the first senior American official to land there since Trump’s administration removed the African country from the list of state sponsors of terrorism.

Mnuchin arrived at Khartoum’s international airport, where he was received by acting Finance Minister Heba Mohammed Ali and U.S. Charge d’Affaires in Sudan Brian Shukan, the prime minister's office said in a statement. It is the first visit by a sitting U.S. treasury chief to Sudan, the statement said.

Secretary of State Mike Pompeo in August became the first top American diplomat to visit Sudan since 2005, when Condoleezza Rice visited. Pompeo was also the most senior U.S. official to visit the African country since last year’s ouster of al-Bashir. Mnuchin's visit came after a one-day visit to Cairo, where he met with Egypt’s President Abdel-Fattah el-Sissi, a close U.S. ally.

The stops are part of a flurry of activity during the final days of the Trump administration. Democrat Joe Biden becomes president on Jan. 20.

The U.S. treasury secretary met with Prime Minister Abdalla Hamdok and is scheduled to meet with other Sudanese leaders including Gen. Abdel-Fattah Burhan, head of the ruling sovereign council.

The visit came "at a time when our bilateral relations are taking historical leaps towards a better future. We’re planning to make tangible strides today as our relations enter a #NewEra,” Hamdok tweeted. Mnuchin’s one-day visit focused on the country’s struggling economy and possible U.S. economic assistance, including debt relief, the statement said.

Sudan today has more than $60 billion in foreign debt. Relief from its arrears and access to foreign loans are widely seen as its gateway to economic recovery. Sudan’s Finance Ministry said it inked a memorandum of understanding with the U.S. treasury department to facilitate the payment of Sudan’s arrears to the World Bank.

The ministry said the settlement would enable Sudan's government to have more than $1 billion annually from the World Bank, for the first time in nearly three decades since Sudan was designated a pariah state. It did not provide further details. The Justice Ministry, however, announced last month that the U.S. would pay a $1 billion bridge loan to the World Bank to help clear Sudan’s arrears with the institution, in addition to $1.1 billion direct and indirect aid from the U.S. Sudan is on a fragile path to democracy after a popular uprising led the military to overthrow al-Bashir in April 2019.

The county is now ruled by a joint military and civilian government that seeks better ties with Washington and the West.

The government has been struggling with a huge budget deficit and widespread shortages of essential goods, including fuel, bread and medicine. Annual inflation soared past 200% in the past months as the prices of bread and other staples surged, according to official figures. Last month, Trump’s administration finalized the removal of Sudan from the U.S. list of state sponsors of terrorism. Sudan’s economy has suffered from decades of U.S. sanctions and mismanagement under al-Bashir, who had ruled the country since a 1989 military coup. The designation dates back to the 1990s, when Sudan briefly hosted al-Qaida leader Osama bin Laden and other wanted militants.