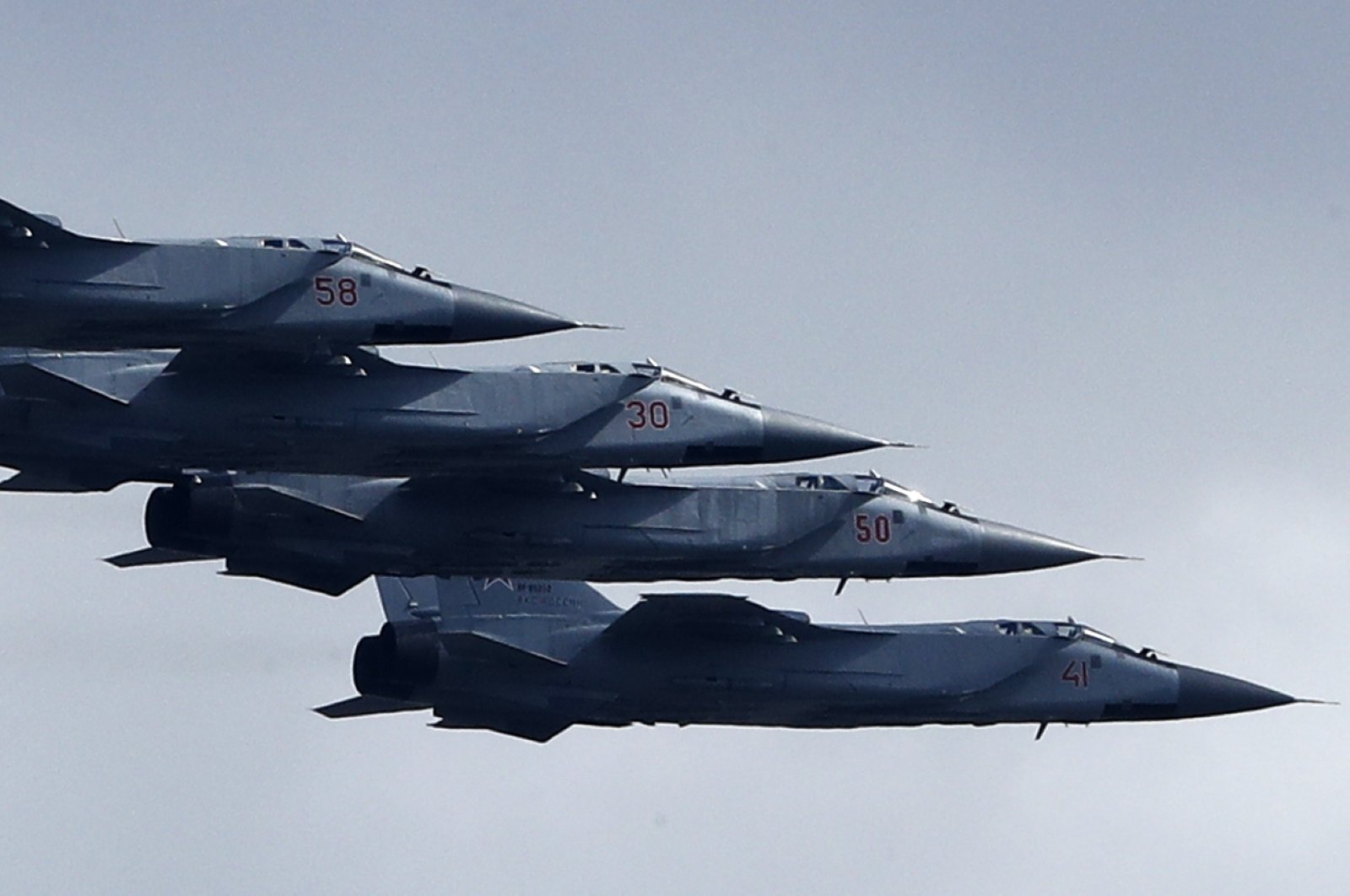 Russian Mikoyan MiG-31 supersonic interceptor aircraft fly above the Kremlin during the rehearsal for a military parade at the Red Square in Moscow, Russia, May 4, 2019. (EPA File Photo)
by French Press Agency - AFP Apr 19, 2021 11:50 pm
RECOMMENDED

Russia said late Monday that it had killed "up to 200 terrorists" in Syria during airstrikes on a base northeast of Palmyra, where fighters were allegedly planning attacks ahead of presidential polls next month.

"After confirming data through multiple channels on the location of terrorist facilities, Russian Aerospace Forces aircraft carried out airstrikes," the Defense Ministry said in a statement.

"Two hideouts were destroyed, up to 200 militants, 24 pickup trucks with large-caliber machine guns, as well as about 500 kilograms (1,100 pounds) of ammunition and components for creating improvised explosive devices," it added.

The statement neither specified the date of the strikes nor the group that was targeted.

It said that the target was a "camouflaged base" where "terrorist groups" organized attacks in Syria and manufactured explosives.

They were specifically planning "terrorist attacks and attacks on government agencies in large cities in order to destabilize the situation in the country ahead of the presidential elections in Syria."

The vote, set to be held on May 26, is the second since the Syrian conflict erupted in 2011 with the repression of anti-Assad regime protests that has left more than 388,000 dead.

It is expected to keep Bashar Assad in power in the war-torn country.

Russia has been a key ally of Assad's regime throughout the war and Moscow's military intervention in 2015 helped turn the tide of the fighting. Recently, Russian rights groups also highlighted Moscow's role in Syria abuses in sharp criticism of its military activities.

On Monday, the Russian defense ministry said that "terrorists" were being trained in several camps in areas not controlled by the Syrian regime, "including in the area of Al-Tanf, which is controlled by the U.S. military."

Foreign Minister Sergei Lavrov at the time said Russia wanted to know Washington's plans in Syria and suggested the United States had no plans to ever leave the country.