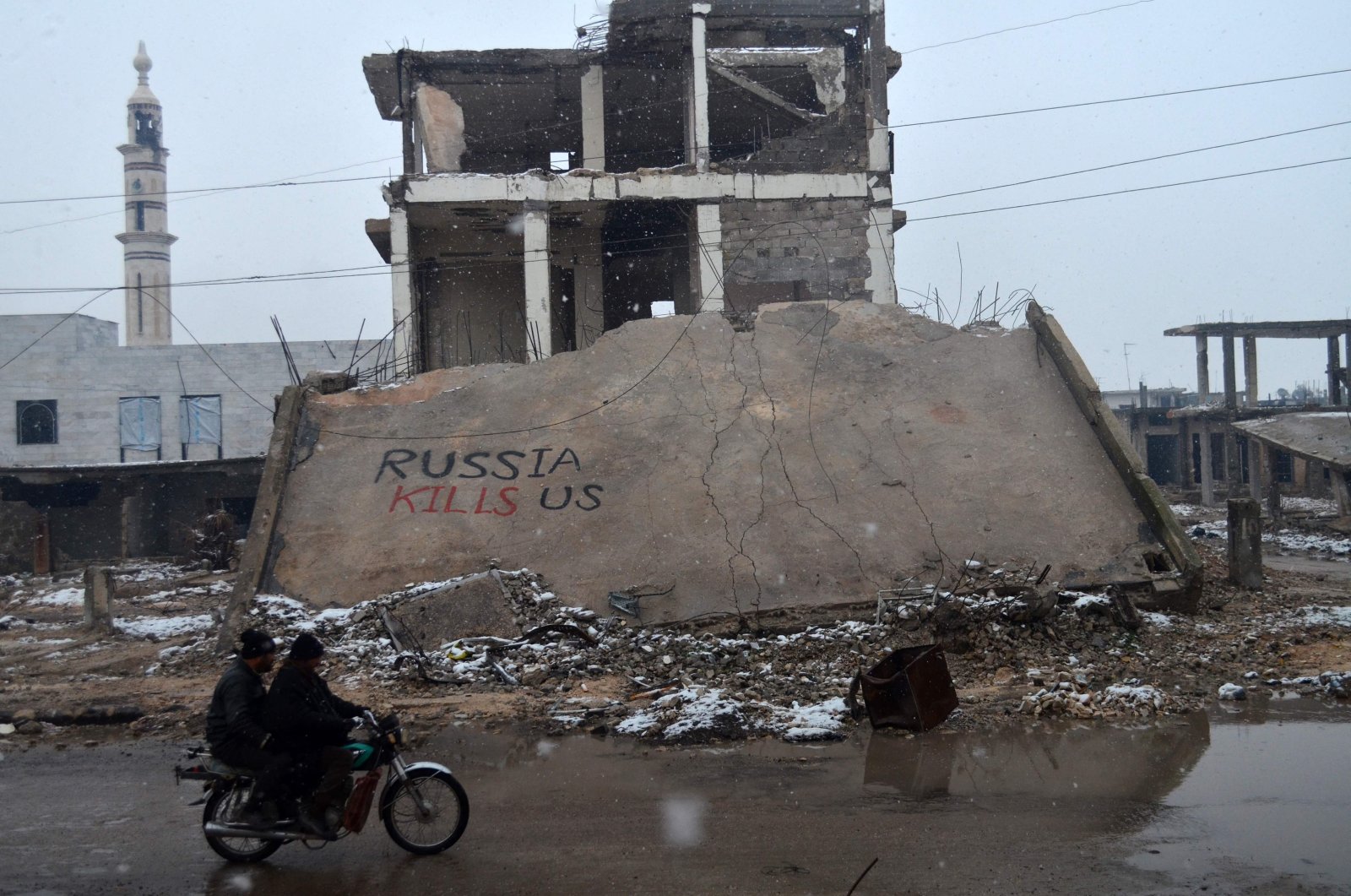 Published to coincide with the 10-year anniversary of the onset of the Syrian war, the report is the first into the conflict by Russian campaigners and seeks to shed light on the victims of the country's military actions in Syria, a taboo topic for Kremlin-friendly media.

Its findings are in stark contrast to Moscow's official narrative and President Vladimir Putin's praise of the Russian military for intervening in 2015 to root out "terrorists" and support the Bashar Assad regime.

Prepared by Memorial, Russia's most prominent rights group, and several other organizations, the 200-page report features interviews with more than 150 witnesses to events in Syria.

"The overwhelming majority of our interviewees do not see Russia as a savior, but as a destructive foreign force whose military and political intervention helped bolster the war criminal heading their country," the rights organizations said.

"Some of the people we interviewed revealed that they or their loved ones had been victims of Russian bombings."

The report accuses Russia of abuses in Syria including by bombing civilians indiscriminately and by backing the Syrian regime, which has been accused of widespread atrocities including targeting civilians, using chemical weapons and starving people to death in besieged cities.

The report urges Moscow to conduct independent investigations into the Russian army's bombardments in Syria and pay compensation to victims.

The authors who worked on the study for two years were unable to enter Syria and interviewed Syrians who had fled the war in Lebanon, Turkey, Germany, Russia and elsewhere.

A woman from the Homs city neighborhood of Waer, which was under siege between 2013 and 2016, told the authors Russia's intervention emboldened the regime.

"In the six months since the start of the Russian bombing, there were more victims than there were over two years of Syrian bombing," said the woman, who at one point weighed just 33 kilograms (72 pounds).

The campaigners said they wanted as many Russians as possible to read their study and "understand their responsibility for what is happening in their name in Syria."

"We felt both bitter and ashamed for how our Syrian interviewees view Russians."