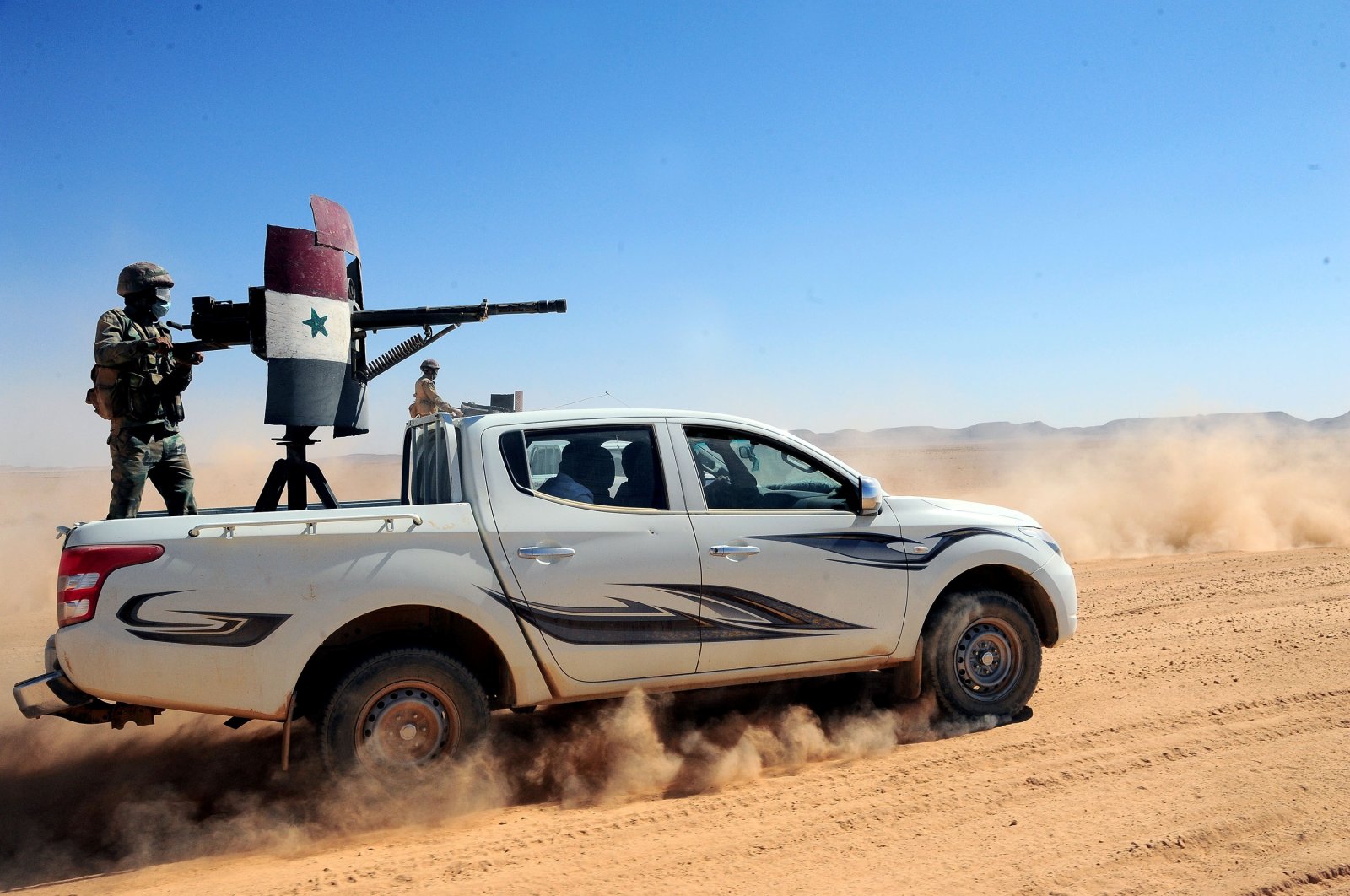 Forces loyal to Syria's Bashar Assad ride on pick-up trucks mounted with weapons in the Badia, in the southeast Syrian desert, in this handout picture provided by SANA on June 13, 2017, Syria. (SANA/Handout via Reuters)
by Agencies Jan 03, 2022 9:36 am

Five Assad regime soldiers were killed, 20 others were injured after Daesh terrorists carried out a rocket attack on a military transport vehicle in eastern Syria, reports said Monday.

Daesh terrorists have retained a roving presence in Syria's vast Badia desert, despite losing their last shred of territory in 2019. They regularly carry out attacks there.

The terrorist group overran large parts of Syria and Iraq and proclaimed a cross-border "caliphate" in 2014 before multiple offensives in the two countries led to its territorial defeat. The group lost its last scrap of territory in Syria in March 2019.

Daesh retains some 10,000 active fighters in Iraq and Syria, although the majority are reported to be in Iraq, the United Nations has said. The war in Syria has killed more than 387,000 people since it started in 2011, the Syrian Observatory for Human Rights says.