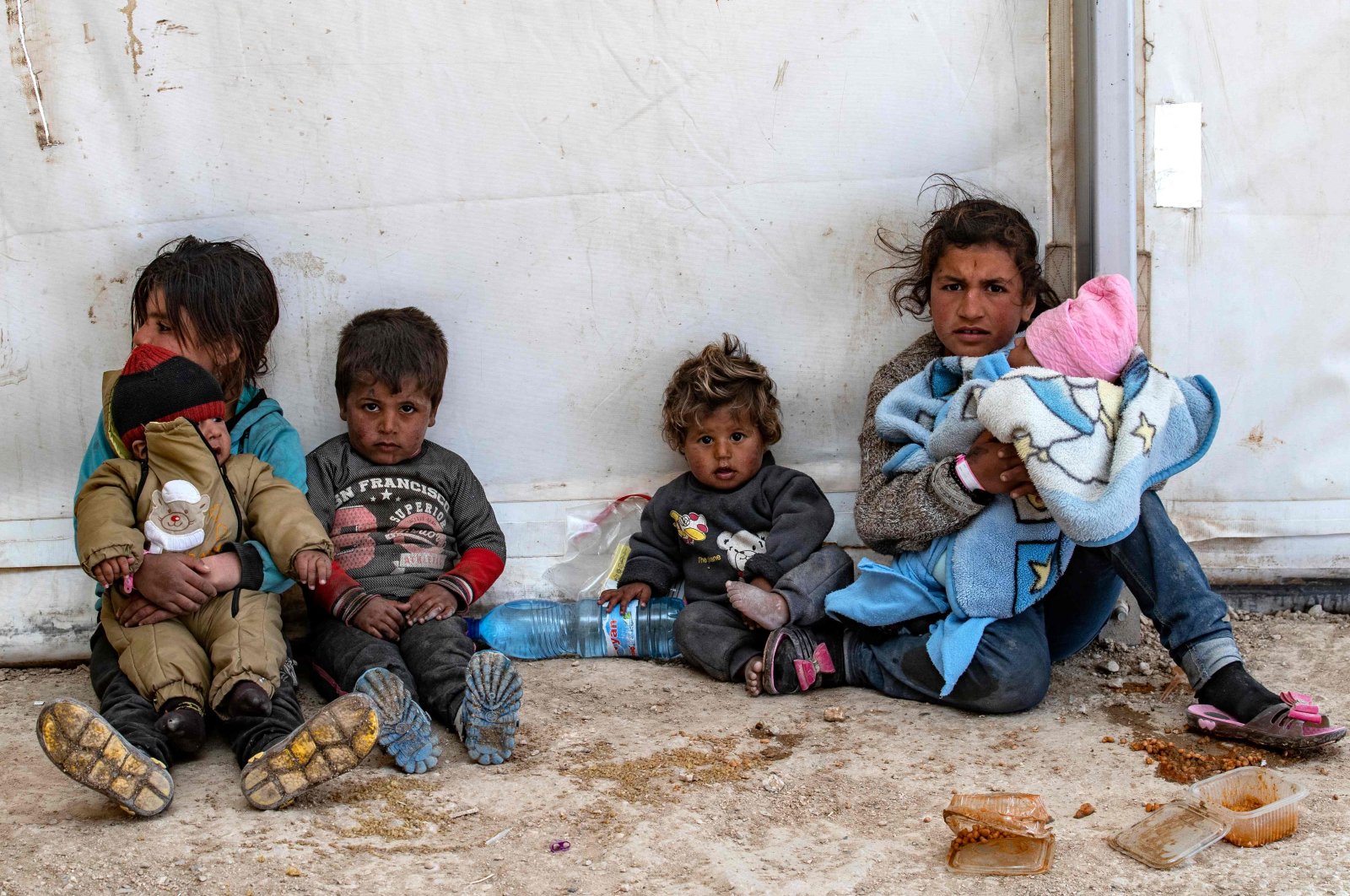 Some 62 children died in the al-Hol camp held by the terrorist PKK's Syrian offshoot YPG in northeastern Syria this year, according to a report by Save the Children.

The charity said many countries, including European Union states, were abandoning thousands of children in their desert limbo, vulnerable to violence, fires, malnutrition and illness.

Save the Children said a total of 40,000 children from 60 different countries were living in dire conditions in the camps of Roj and al-Hol in northeastern Syria.

"Many of the world's richest countries have failed to bring home the majority of their children stuck in" the two displacement camps, the group said in a statement.

It said 62 children had died of various causes so far this year, including violence, disease and accidents.

Save the Children said a total of 73 people, including two children, were murdered in al-Hol alone so far this year.

The remote camps managed by the YPG terrorist group were meant to house the families of men who had been detained over suspected ties to the Daesh terrorist group.

However, they also hold many families who simply fled Daesh occupation of their homes in Iraq and Syria. Some have been there for more than four years.

Save the Children interviewed several children trapped behind the fences of al-Hol, where they live like prisoners and from which their governments are unwilling to repatriate them.

"I cannot endure this life anymore. We do nothing but wait," said one 11-year-old Lebanese girl who was interviewed in May and was since reportedly killed during a failed escape attempt in a water truck.

The charity said France had 320 children held in both camps but had only repatriated 35. The United Kingdom has 60 and only brought four home.

"What we are seeing here is governments simply abandoning children, who are first and foremost victims of conflict," said Sonia Khush, director of Save the Children's Syria response.

She said 83% of repatriation operations so far had been to Uzbekistan, Kosovo, Kazakhstan and Russia.

France and other Western countries have been wary of the impact mass repatriations could have on domestic security and public opinion.

Al-Hol camp alone houses nearly 65,000 people, including about 28,000 Syrians, 30,000 Iraqis and some 10,000 other foreigners of many nationalities, according to U.N. estimates. Most of the civilians were forcefully brought to the camp by YPG terrorists in April 2017.