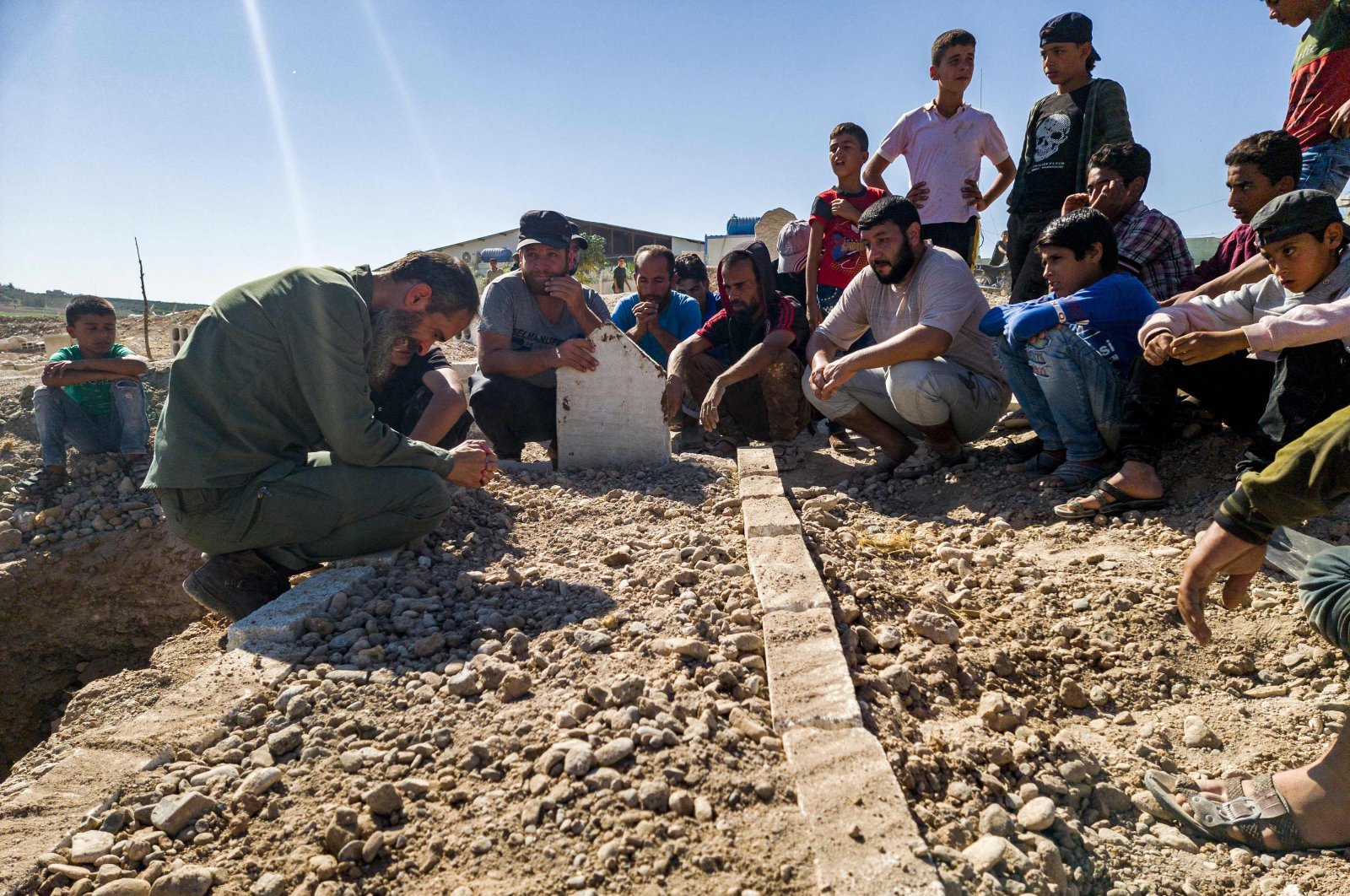 Mourners gather by the grave of one of fighters from the "Hamza Division" Syrian opposition group killed in Russian air raids in the countryside of Aleppo in the Afrin region of northwestern Syria, Sept. 26, 2021. (AFP Photo)
by DAILY SABAH Sep 27, 2021 1:17 pm
RECOMMENDED

The latest attacks by the Bashar Assad regime and its backer Russia on Syria’s northern Afrin prove that reaching a political solution with the regime is impossible, Abdurrahman Mustafa, head of the Syrian Interim Government said on Sunday.

In a written statement, Mustafa said that in a dangerous escalation “confirming the continuity of the criminal approach of the regime and its allies against the Syrian people” warplanes targeted a school in the village of Barad, in the south of Afrin province, which lead to deaths as well as injuries.

“The crime adds to the criminal record of the murderous regime and its allies, and confirms the impossibility of reaching with them any political solution on the future of Syria,” Mustafa said.

He also accused the international community of not being able to deter the regime from carrying out such attacks.

Mustafa underlined that “the regime must be held accountable for all war crimes and crimes against humanity committed against the Syrian people.”

Condemning the attack, Mustafa said that these acts will not undermine the determination of the Syrian people to achieve victory.

The increasing attacks on Afrin and Idlib come ahead of a meeting Russian President Vladimir Putin and President Recep Tayyip Erdoğan to take place in Russia's Black Sea resort of Sochi.

Russia is the main ally of the Syrian regime, while Turkey supports groups that have fought to unseat Bashar Assad. However, Russian and Turkish troops have cooperated in Idlib – the final holdout of opposition forces – and in seeking a political solution in the war-torn country.