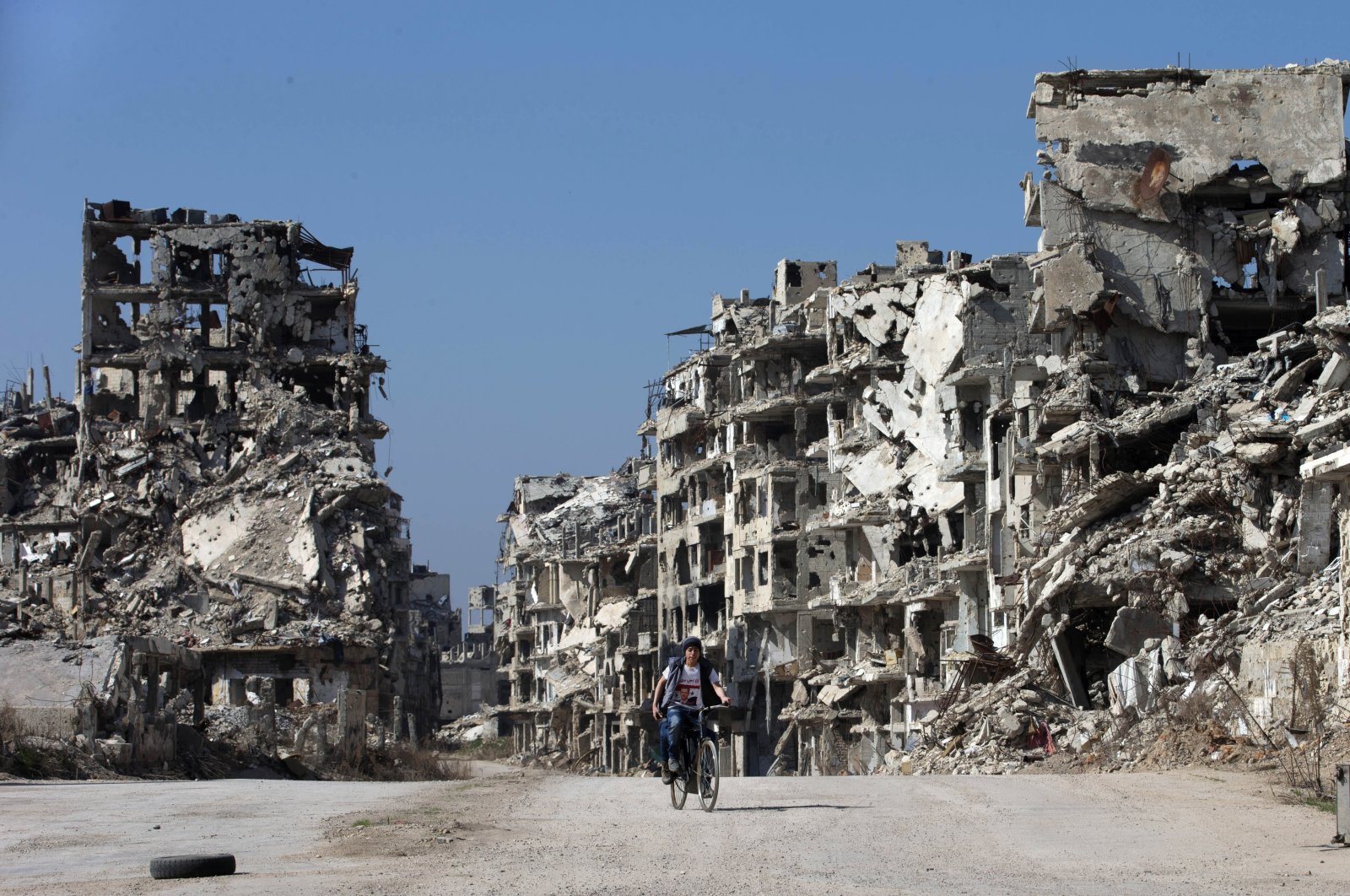 The Assad regime and its backers are the biggest obstacles to the return of displaced Syrians to their homeland, Hamid et-Tuhri, the chair of the Tribes and Clans Council in Tal Abyad, said Thursday.

Leading the umbrella organization of tribes and clans in Tal Abyad, which was liberated from PKK/YPG occupation during Turkey’s Operation Peace Spring last year, et-Tuhri evaluated the conference on the return of Syrian migrants, jointly organized by the Syrian regime and Russia in Damascus.

He said the Assad regime's attacks and oppression were the main reasons for the displacement and migration of millions of civilians. "We have seen since the beginning of the revolts in Syria that you cannot trust the Assad regime. How can they talk about the safe return when Iranian militias and Russian mercenaries, who displaced the Syrian people from their homelands, are still present in the country?”

Stating that civilians in northwestern Syria’s Idlib region are still subjected to systematic attacks and assaults by the regime and its backers, et-Tuhri said the main aims of this conference are to regain international legitimacy to the Assad regime and provide the necessary financial funds for the reconstruction of the country.

"The Assad regime is the main source of terror in Syria. It is also the main and only reason for mass migrations. We did not see countries hosting migrants at this conference. Where is Turkey, the U.S. and the European countries? These countries know that stability and functional institutions are necessary for the return. As long as the Assad regime exists, none of them will be present."

He concluded that the voluntary and safe return of Syrian migrants can be achieved through the dissolution of the Assad regime and its security organizations.

The Syrian regime on Wednesday held a two-day Russia-backed conference in Damascus toward facilitating the return of millions of Syrian migrants to the war-torn country, despite reservations within the international community.

Of neighboring countries hosting the bulk of Syrian migrants, only Lebanon and Iraq sent representatives, according to organizers.

Other attendees included a Russian delegation and representatives of Syrian regime allies Iran, Venezuela and China, while a United Nations representative was expected to attend as an observer.

Bashar Assad in a televised speech said "millions of Syrians want to return." But a huge amount of "infrastructure has been destroyed after being built over decades, and terrorism continues in some areas," he said, using his blanket term for opposition groups.

Assad said Western sanctions targeting the Damascus regime were also "depriving the country of the simplest means for reconstruction."

Since Syria's conflict started in 2011, more than half of its pre-war population has been forced to flee their homes, including 5.5 million who went abroad. Neighboring Turkey hosts the highest number of Syrian migrants with nearly 4 million, followed by Lebanon and Jordan.

Jordan did not attend the conference, while the main opposition backer Turkey was not invited. The European Union said Tuesday it would also not attend, as the situation in Syria was not yet safe for returns.

EU foreign policy chief Josep Borrell said Syria's priority must be "to create conditions for safe, voluntary, dignified and sustainable return of refugees" in line with guidance from the U.N. refugee agency.

After a series of military gains in recent years, Assad's forces control more than 70% of Syria. Russia, a main ally of the regime, has for years sought to garner international support to reconstruct Syria and allow for migrant returns. But rights groups have warned that many areas lack the necessary infrastructure or remain unsafe. Western nations led by the United States have conditioned their help on a political settlement to the conflict.