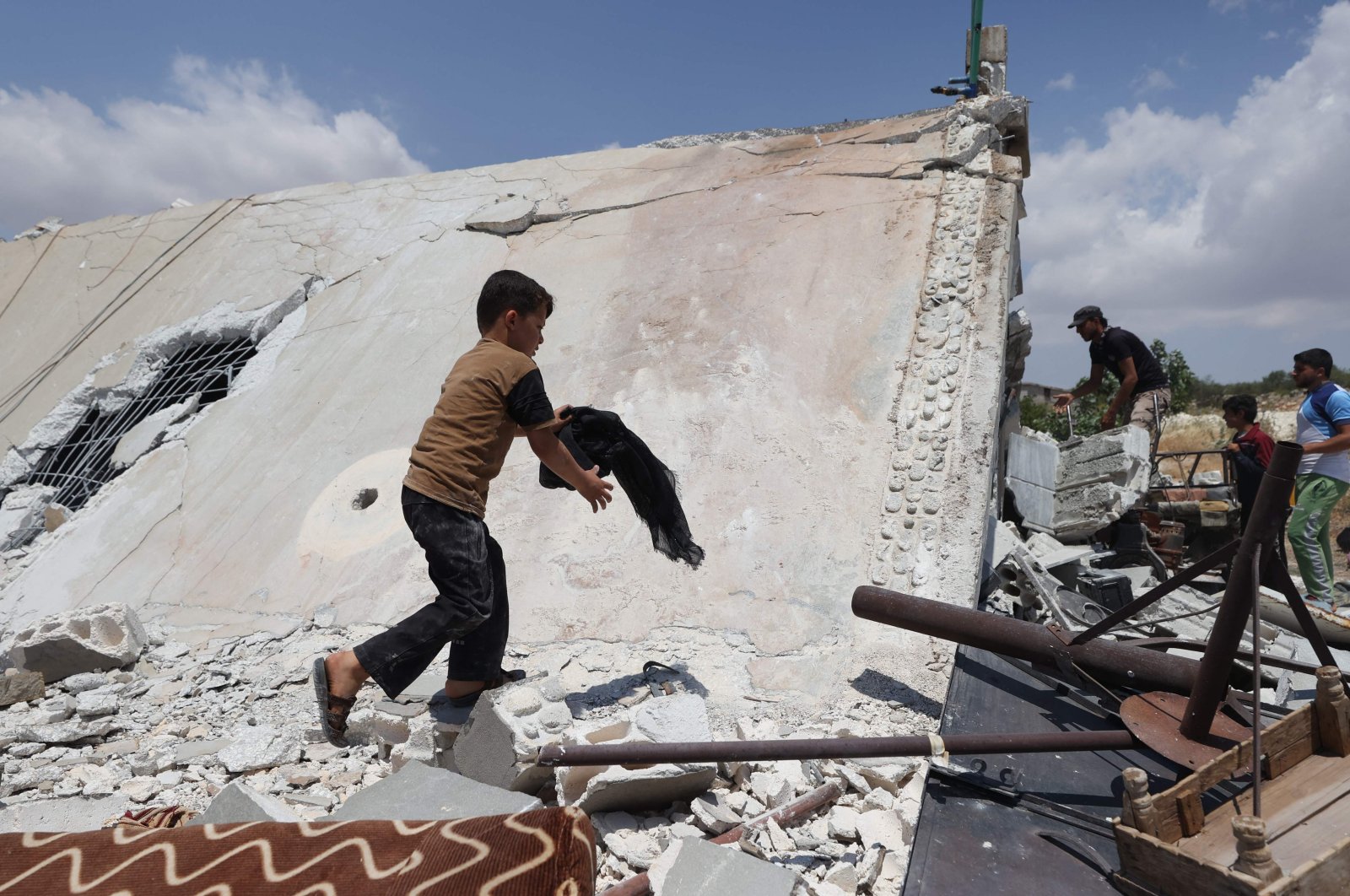 A young boy salvages belongings from a house destroyed by a Russian missile attack in the Jabal al-Zawiya region in the south of Syria's opposition-held Idlib province, on July 4, 2021. (AFP Photo)
by DAILY SABAH WITH AA Jul 15, 2021 11:25 am

The Bashar Assad regime and its backers killed eight civilians and injured another five in renewed attacks on Syria’s northwestern Idlib province Thursday.

Firas Khalifa, head of media at the Idlib branch of the Syrian Civil Defense (White Helmets), told Anadolu Agency (AA) that regime forces in the early hours of the day conducted attacks on Idlib’s al-Fua and Ablin villages.

Almost a million people have fled the Assad regime’s offensive on the last opposition bastion since December 2019, with many seeking refuge in overcrowded tent camps near the Turkish border. Upon the Assad regime's attack, Turkey launched Operation Spring Shield. After, the surge of violence decreased following a Turkey-Russia brokered cease-fire in the region, yet attacks continue frequently.

The war in Syria has killed nearly 500,000 people since it started in 2011 with the brutal repression of peaceful demonstrations.