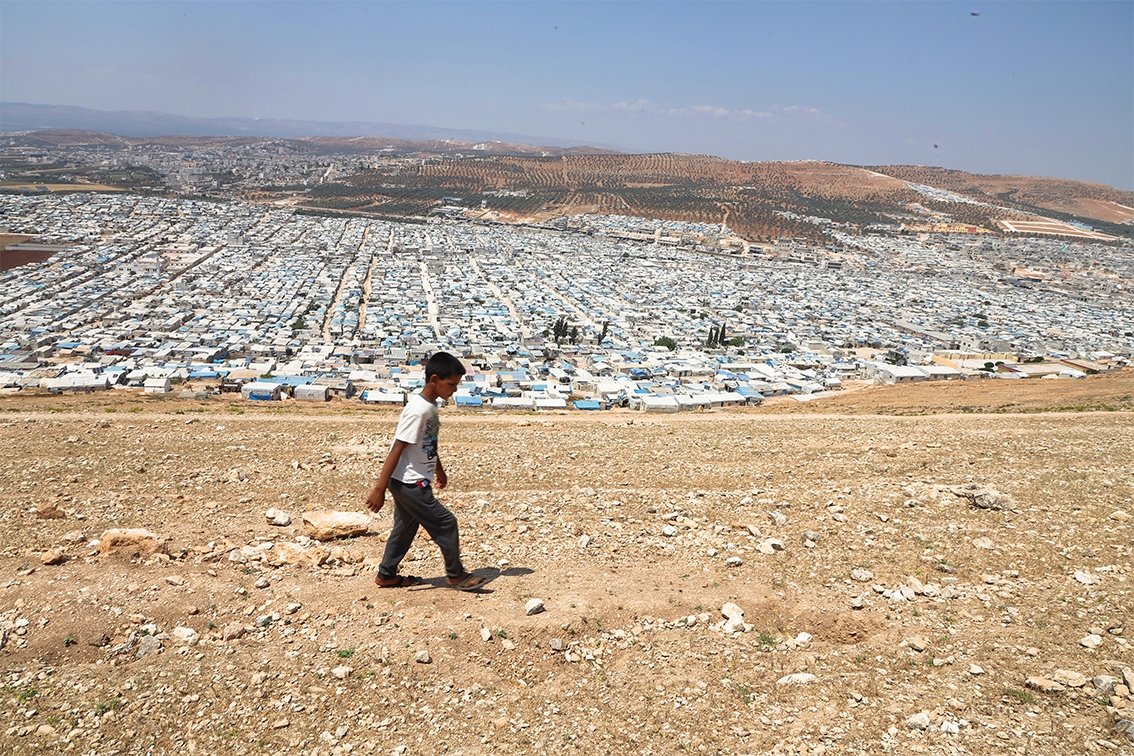 A displaced Syrian boy walks near the Karama camps in the northern countryside of Idlib governorate on the Syrian-Turkish border, May 30, 2021. (Getty Images)
by DAILY SABAH WITH AA Jun 08, 2021 11:06 am
RECOMMENDED

An attack by terrorist groups controlled by the Bashar Assad regime and its backers, despite a cease-fire in the region, killed one child in Syria’s northwestern Idlib province on Tuesday.

Regime forces in the town of Maarat al-Numan, in Idlib’s southeast, have violated the cease-fire by attacking the villages along the M4 highway.

While one child lost his life during the attack, another child was injured.

It was a protest hub in 2011 and it officially came under full opposition control some four years later.

A Russian-backed regime offensive in 2019 saw the Syrian regime retake more than half the province.